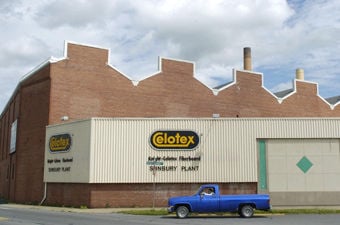 The Knight-Celotex plant in Sunbury is shown in this file photo. The plant was shuttered in 2008 and then torn down in 2011. 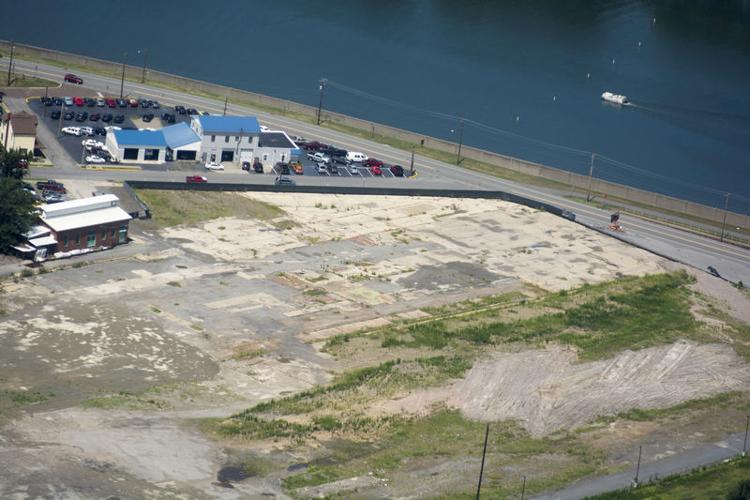 An aerial view of the Knight-Celotex property. 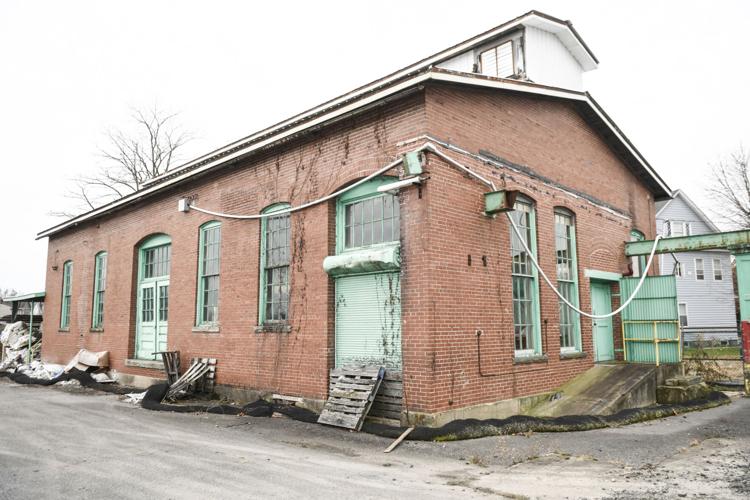 This is currently the only structure on the former Celotex site in Sunbury. 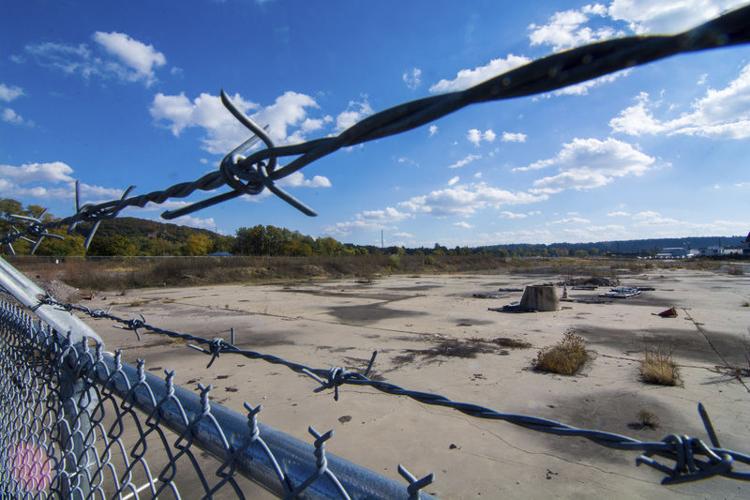 A barbed wire fence surrounds the now empty site where Celotex once stood.

The Knight-Celotex plant in Sunbury is shown in this file photo. The plant was shuttered in 2008 and then torn down in 2011.

An aerial view of the Knight-Celotex property.

This is currently the only structure on the former Celotex site in Sunbury.

A barbed wire fence surrounds the now empty site where Celotex once stood.

Since fiberboard manufacturer Knight-Celotex shut the doors on its Sunbury plant in late 2008 and the building was torn down three years later, the future of the property has remained in flux.

There was talk of the new Northumberland County Jail going there, a mixed-use space featuring commercial and residential parcels and even more industrial-type properties have been talked about moving to the location on the northern end of Sunbury.

More than a decade after the last pieces of the factory came down, the property remains vacant, however. Elected officials and economic development leaders say nothing is imminent at the 22-acre site, but they remain optimistic the location will find new life sooner rather than later.

A $2 million grant was signed by Gov. Tom Wolf to provide city and county officials with funds to begin the restoration of the 21.83-acre property. The plan is for it to be sold off in pieces. The city will purchase the property for $1.5 million from the county and the county in return will be giving $1.5 million back to the city in American Rescue Funds, as a way to help develop the land, according to City Administrator Derrick Backer.

The funding will be used to rehabilitate and redevelop the area that many have long envisioned as a gateway to the city. The first phase of the project involves land acquisition costs, upgrades to utilities and stormwater systems and the installation of a traffic light, to provide ease of access.

The funding was made available through a grant program — the Redevelopment Assistance Capital Program — administered by the Office of the Budget to boost regional economic, cultural, civic, recreational, and historical improvement projects.

Now, with the $2 million and the partnership between the city and county, the site will get prepared for resale, Commissioner Sam Schiccatano said.

“We are all excited about the possibilities,” he said. “We have had some interest that we can’t get into right now but I will say there are people looking and strongly considering moving to the property.”

“The completion of this project will be a major boost to the local economy, by providing a prime location for businesses to come in and establish a presence in this community,” state Sen. John Gordner said when announcing the state funding.

Schiccatano, the commissioner chair, said he has been working with city officials for years on the property.

“I think everyone wanted something to happen up there,” he said. “This is the start we needed and now we will continue to push on this through the year and we will land someone or some business that will help grow the city of Sunbury.”

City Councilman Jim Eister said he is thankful to the county and state officials for making the property a priority.

“When you ask what’s next for the property all I can say is endless possibilities now,” he said. “I think everyone has been talking to or reaching out to someone who may have an interest. I will say this. Everyone wants to see this property grow and flourish for the city and county.”

DRIVEMontour County-based economic development organization DRIVE — Driving Real Innovation for a Vibrant Economy — could have an important role in the development of the property.

DRIVE Executive Director Jennifer Wakeman said her organization will have a different role than it did in working in Sunbury at the former textile mill plant last year. That plant was donated to DRIVE by the previous owners and two businesses, Fresh Roasted Coffee and an industrial hemp manufacturer, have moved into the location.

At the Knight-Celotex site, Wakeman said their role will be more along the line of professional services.

“We will not be the owners of that site, we are going to be used to strictly market the property,” Wakeman said. “We try to find leads to bring folks to the table. The discussions vary. There are some out-of-the-box thinking conversations with people who might be interested. Our job is to help set up the deal then get out of the way.”

Wakeman said there are options for how to divide up the parcels at the site and everything remains open. She said her organization has had more conversations with interested parties about the location in the last six months than in the previous four years.

“There are a thousand ways that it can turn out,” she said. “It’s a blank canvas.”

Wakeman points to the Metso property in Danville — which houses DRIVE’s headquarters — as a similar success story to the Knight-Celotex property. There, rail access has been upgraded to available warehouse space, a business incubator has been added and office space is available for lease.

The fact that the Sunbury property has not evolved over the past decade doesn’t mean it isn’t a viable option.

”It’s nobody’s fault,” she said. “From the get-go, it was going to be difficult; there have been so many fits and starts. The city and county have been doing work and now the grant is there to do the infrastructure piece. It’s just finally time; the timing is right.”

DRIVE, which was created by Columbia and Montour counties in 2015, added Northumberland, Snyder and Union counties in 2020, spurred by the availability of CARES Act funding for broadband development.

Environmental concernsOver the course of the past decade, there have been at least three environment studies conducted at the site. In 2015, when commissioners were considering the site as the possible location for a new county jail after the century-old jail was destroyed in a fire in early 2015, the Department of Environmental Protection confirmed low-level traces of contaminants, including arsenic, lead and cadmium were found at the property but the property was deemed safe.

DEP has previously stressed that the contamination is nothing new.

The property, which has already gone through DEP’s Act 2 Land Recycling Program, was approved on Sept. 19, 2011, for non-residential use. A study at that time showed 48 samples were taken across the 22 acres using ground-penetrating radar, soil samples and concrete coring.

“It’s as clean as it’s going to get,” Wakeman said.