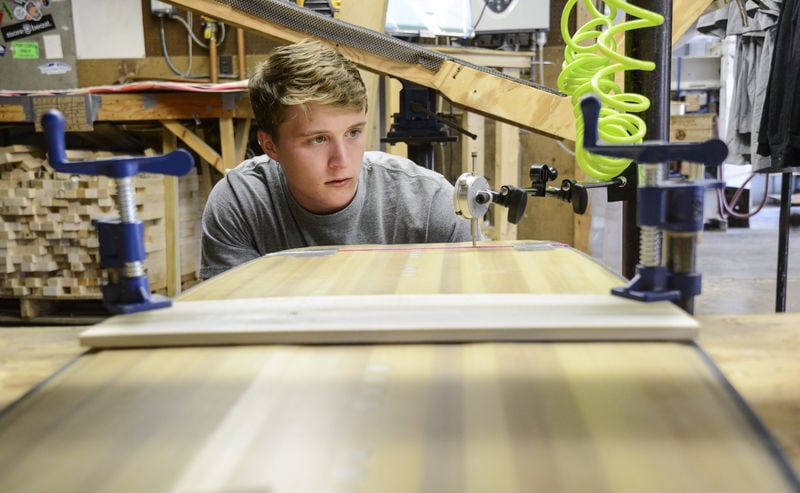 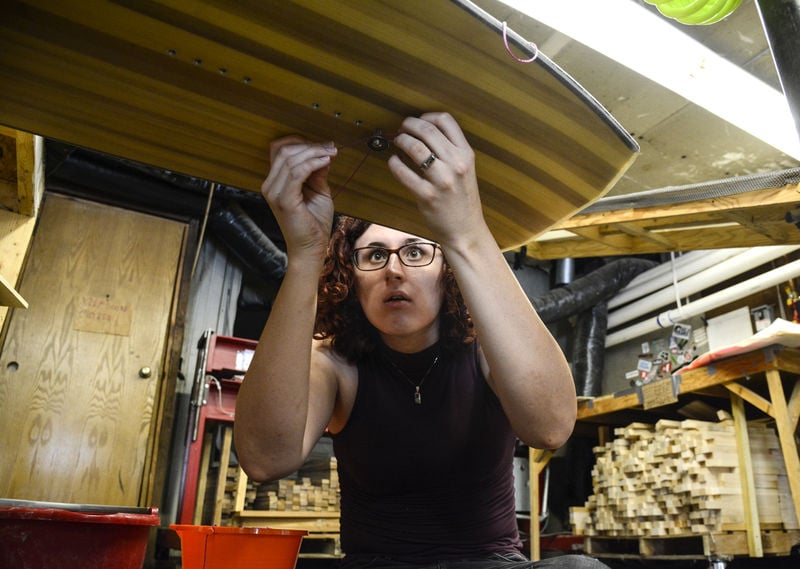 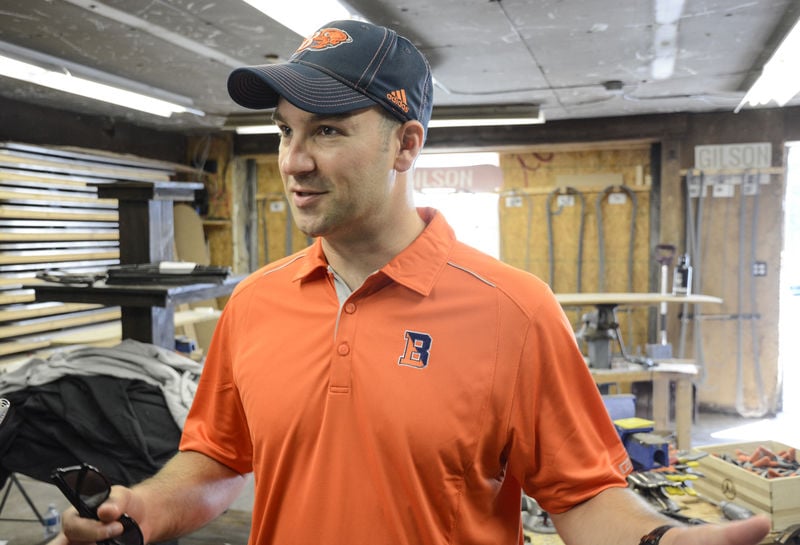 Robert Inglis/The Daily Item Bucknell University professor Craig Beal and some of his students will be working with Gilson Snow to develop a new line of wakeboards.

Robert Inglis/The Daily Item Bucknell University professor Craig Beal and some of his students will be working with Gilson Snow to develop a new line of wakeboards.

NEW BERLIN — Gilson Snow turns to water as the Snyder County manufacturer looks to expand beyond custom snowboards and offer a new line of wakeboards.

The firm enlisted mechanical engineering professors and students from Bucknell University to aid its own designers as they team up to create wakeboard prototypes. The partnership lasts into next summer with an end-goal of developing a commercial-grade prototype to be put into production.

The state awarded Gilson Snow a maximum grant amount of $70,000 through the Manufacturing PA Initiative. Nick Gilson, co-founder and CEO, said the entire grant will be invested in the people behind the research and development.

“We’re not taking any of that money to build out new infrastructure, for example, or buy the raw materials to actually make production wakeboards,” Gilson said.

Gilson Snow adapted the fluid dynamics of water for its snowboard design, giving rise to its three-dimensional base. Adjustments to its patented channel and edge are under exploration for the wakeboard line. Like the snowboards, the wakeboards will be made of Pennsylvania poplar.

Reminiscent of engineering assistance Gilson received through the Bucknell Small Business Development Center when the firm launched in 2013, professors Craig Beal and Nate Siegel will guide students to design and test the prototypes. That work has already begun.

Aurelia Glass, 21, a rising senior studying mechanical engineering and economics at Johns Hopkins University, leaves the project from a hands-on role as her internship at Gilson draws to a close this week.

Matt Rulon, 20, a rising junior at Bucknell University, is the first of his university’s student fellows working on the wakeboards.

Glass and Rulon worked together this week, Glass showing Rulon what’s been accomplished in terms of design and testing thus far. Glass explained how she tested a prototype’s flexibility — using a bucket of water to bend it in half. She and Rulon removed and adjusted clamps, using the bucket to instead twist the board’s sides in another test.

The shape of a snowboard and wakeboard are different. The latter is much wider, 17.5 inches compared to 13 inches, on average. Glass explained modifications to design and production process was necessary to accommodate the wider board.

“Once those kinks got ironed out, it was just a matter of taking (snowboard) designs and making it into a wakeboard,” Glass said.

Rulon said the next step is to create a flat board without a 3-D bottom and use it to compare to a board with a channeled base and explore the differences through fluid dynamic testing.

“We need to figure out what design we want to go with for our next base model testing,” Rulon said. “We want to get the right shape and stiffness because that was the biggest problem in our last base-model testing.”

Beal said the students will work to minimize the number of full-size boards needed to be manufactured. Some mini-boards will be constructed and tested in the on-campus flume facility. Ultimately, full-size models will need to be built and tested first-hand behind boats on water.

“A wakeboard is sold because it feels good and rides well on the water. We can only predict so much of that,” Beal said. “We want to move fast. A year is not a lot of time to bring a product to market.”

Once production is reached, Gilson Snow will have to find a solution to another challenge: its graphics capabilities are limited to the narrower snowboard at the moment.

There’s some crossover between snowboarding and wakeboarding, Gilson said, however, venturing into water sports isn’t fueled by customer demand — it’s really about the science.

“We’ve gotten really good at understanding fluid dynamics and how they affect performance and boards and we believe we’ve got value to add in water,” Gilson said, adding that the aid from Bucknell’s professors and students will be invaluable in developing a “world-class board.”

“With access to the labs there, but most importantly the people, the really intelligent people at Bucknell are just great to work with.”

Gilson Snow employs 19 workers full-time at its manufacturing plant located off the New Berlin Highway just south of the Union County line. It expects to add to its payroll once the wakeboard line goes into production.