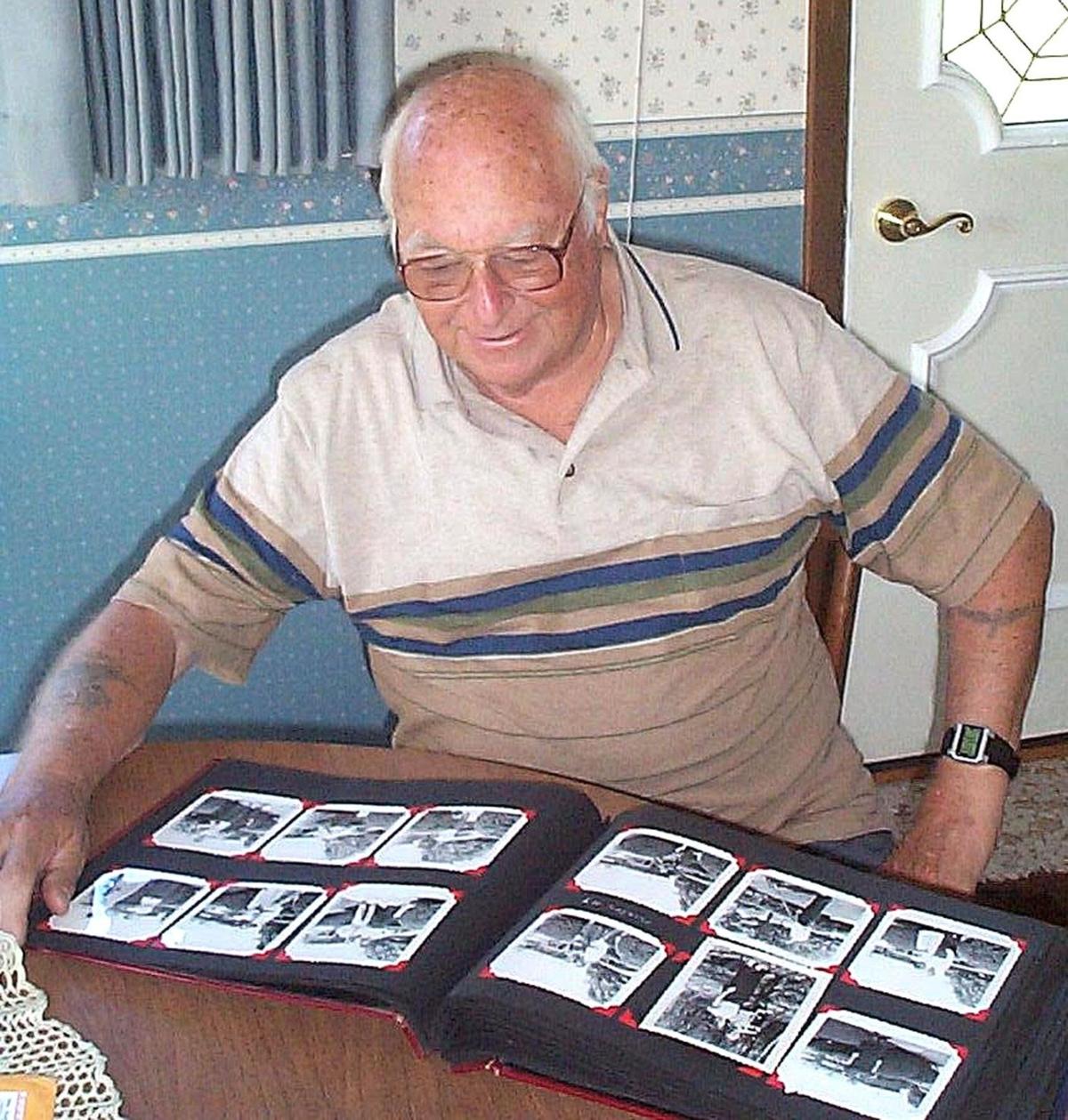 Former state Senator Ed Helfrick looks over some memorabilia from his career as a stock car driver. 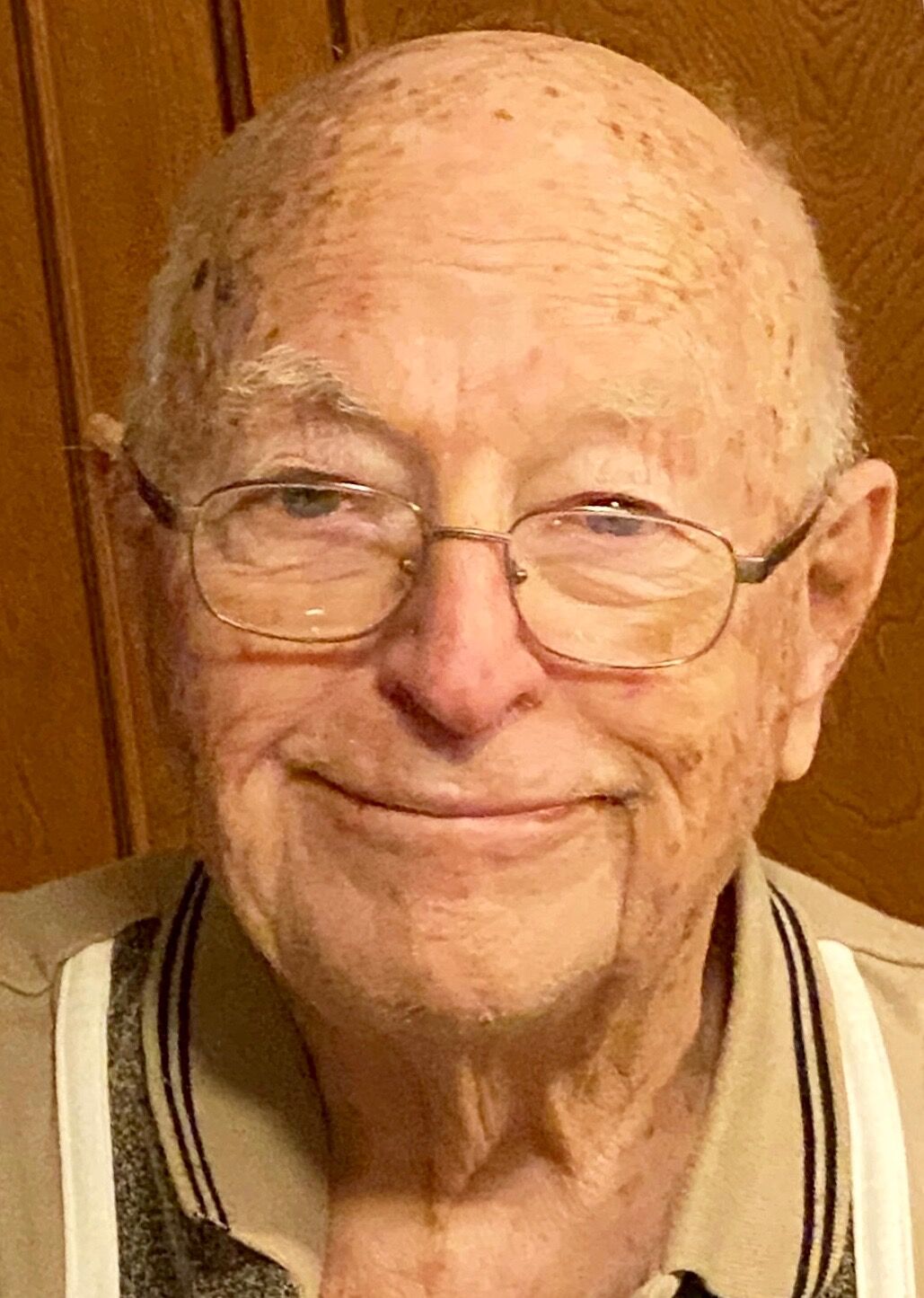 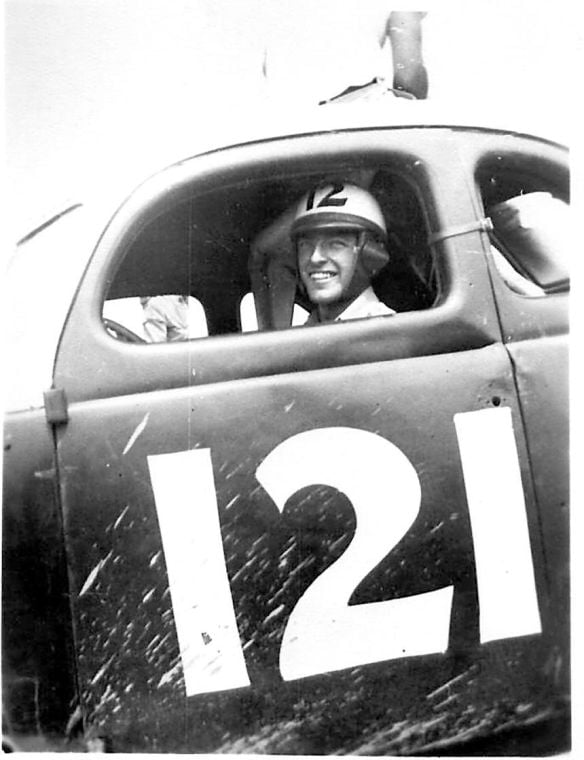 Ed Helfrick raced stock cares prior to his days as a state senator.

Former state Senator Ed Helfrick looks over some memorabilia from his career as a stock car driver.

Ed Helfrick raced stock cares prior to his days as a state senator.

Friend and colleagues expressed sadness on Wednesday after the death of former state legislator Edward W. Helfrick on Tuesday. He was 93.

“I am saddened to hear of Ed Helfrick’s passing,” said state Sen. John Gordner, the Republican who succeeded Helfrick in the 27th district. “Ed served his constituents well both in the House and the Senate. He was a very common man who also had a world of knowledge and experiences. He was a self-made businessman who started hauling and selling coal as a teenager and never forgot his roots. He served our country well as a paratrooper in the United States Army. In the 1950s he drove race cars at local tracks including at the Selinsgrove Speedway.”

Born in Pottsville in 1928 and graduated from Mount Carmel Senior High School in 1945, Helfrick was a paratrooper in the 11th Airborne Division in the United States Army during World War II. Helfrick was once co-owner of several anthracite coal production and related businesses, according to his obituary.

Gordner said Helfrick was “a champion of the pro-life movement at the same time that he was against the death penalty.”

”To him, life was precious and every person was worthwhile,” said Gordner. “He authored the ‘safe haven’ law that allowed mothers to bring an unwanted baby to a safe location rather than take any other action. He was an avid sportsman and was chair of the Senate Game and Fisheries Committee for a long time and led many statewide initiatives. He authored many hunting and fishing laws.”

Gordner said Helfrick for “many, many years” quietly donated his entire Senate salary to charities and worthwhile causes.

”For example, he befriended Senator Shirley Kitchen, a Philadelphia Democrat, and once paid to have several buses of her inner-city Philadelphia students come up to his district and spend a day at Knoebels Grove,” said Gordner. “Senator Bob Mellow, the Senate Democratic leader, told me that several times Ed quietly gave tens of thousands of dollars to needy groups in his district.”

Gordner said Helfrick’s nature was not to seek publicity but to quietly and effectively get projects and legislation done.

”As he traveled around his district, he often had his dog in his vehicle by his side,” said Gordner. “One of the last projects that he got done was having the Department of Conservation and Natural Resources take over the Brush Valley tract of land from Aqua Pennsylvania. That area that is now a state forest is the type of area that he loved. When he resigned in late August 2003, he gave me his full political and personal support to follow him to the Senate. His friendship and his trust in me has never been forgotten.”

”I’m not shocked, but I’m still sad,” said Masser. “My thoughts are with the family as we grieve this wonderful man.”

Masser said he got to know Helfrick after the longtime senator retired. He would often visit and have picnics with his family on their property.

”I knew him as a family man, as a businessman,” said Masser. “I am well aware of the legacy he had in government. He was a good man, a gentleman, a statesman. I never saw the senator angry or loud. He always carried himself like a gentleman.”

Masser, too, echoed Gordner’s thoughts on the state forest and the emergency room bassinets — “That’s because of Ed Helfrick,” he said.

State Rep. Lynda Schlegel Culver, R-108, worked in the late Merle Philips’s office for 21 years as an intern, legislative aid and district office manager, and would often work with Helfrick and his staff.

”I knew his staff as well as our own,” said Culver. “He and Rep. Philips were great friends. They accomplished a lot together and had a great time together. I’m really fond of Sen. Helfrick. He taught me a lot of lessons about being a true public servant.”

Helfrick taught her that it’s not about what party you belong to, it’s about what’s best for the community, she said.

”I’ve really tried to live up to that ideal he set as an example,” said Culver. “We are so much better as an area having him as an advocate for us. This area has been blessed by him.”

Todd Roup, of Selinsgrove, worked as Helfrick’s chief of staff for 15 years. After Roup’s father died in 2001, Helfrick became a father figure to him, and he stayed in touch with him and the family.

”It’s like I lost two fathers now,” said Roup. “I am privileged to know him and proud to have worked for him.”

The “overwhelming characteristic” of Helfrick was his love of family, he said.

”It was the most important thing to him,” said Roup. “He led a good life and family kept him grounded. He was more proud of being a husband, a father, a grandfather, than being a senator or representative.”

Helfrick is survived by his his wife of 69 years, Rose Marie, five children and four grandchildren, according to his obituary.

Roup said Helfrick will be remembered for the Safe Haven legislation, of which 50 babies in Pennsylvania were saved.

”That’s not often where I can say I worked on a piece of legislation that saved lives like that,” he said. “He was proud of it and I am proud to have worked with him on that.”

Former state Sen. Franklin Kury was the senator in the 27th district just prior to Helfrick being elected.

”My heart goes out to him and his family,” said Kury. “Pennsylvania has lost an outstanding man.”

Kury, a Democrat, said Helfrick and him may not have seen eye to eye on political issues, but that didn’t make Kury think any less of the Republican legislator.

”I think highly of Ed even though we disagreed on many issues,” said Kury. “I respected him as a legislator who held true to his principles.”