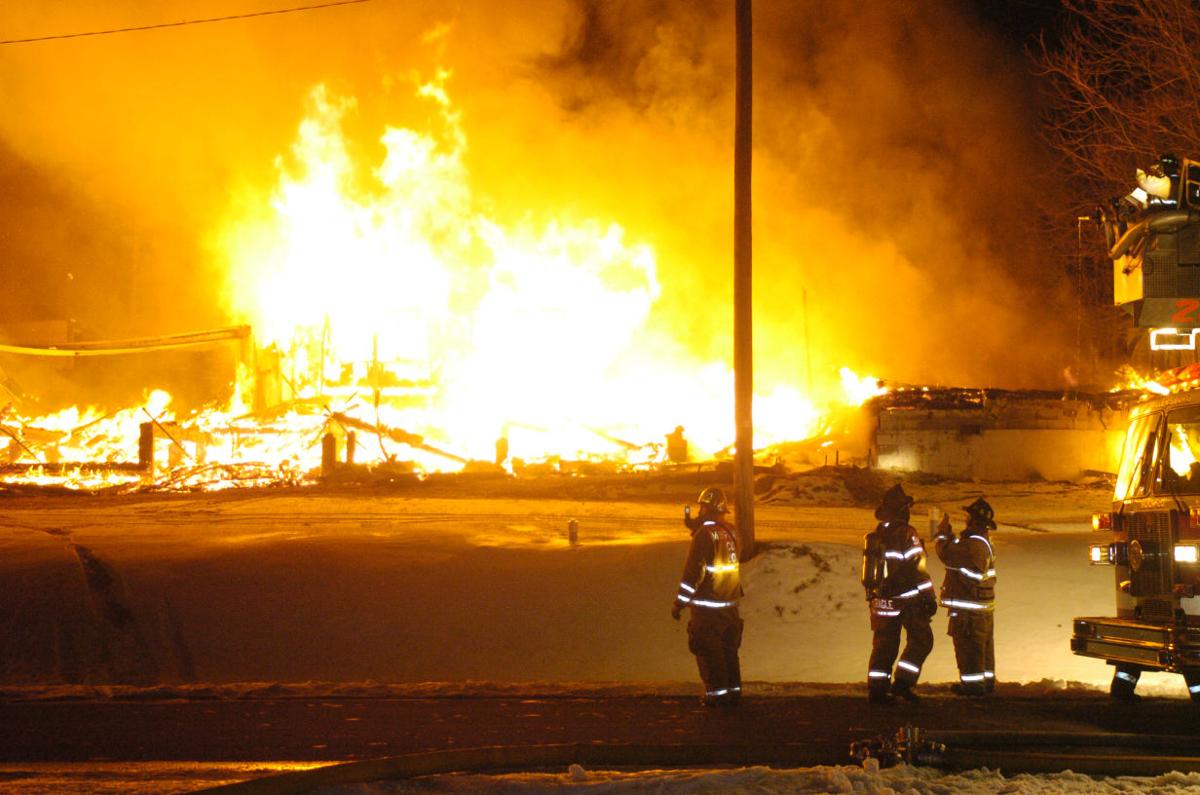 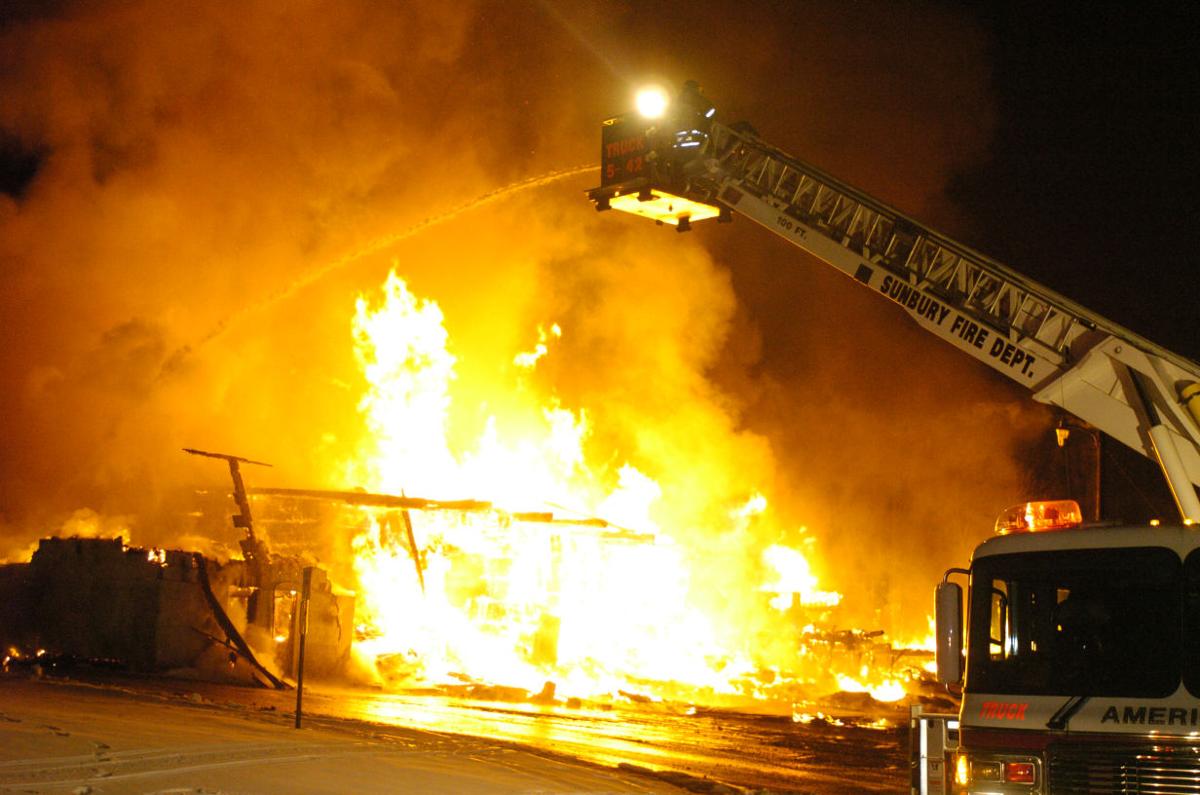 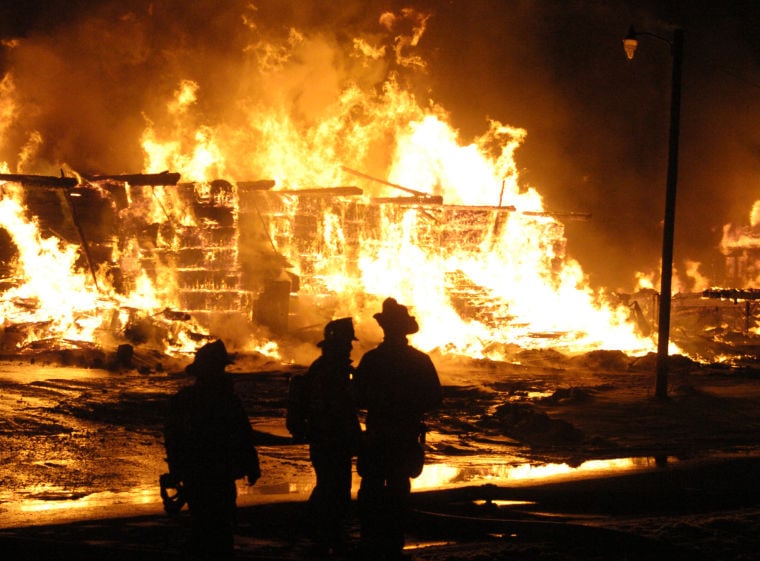 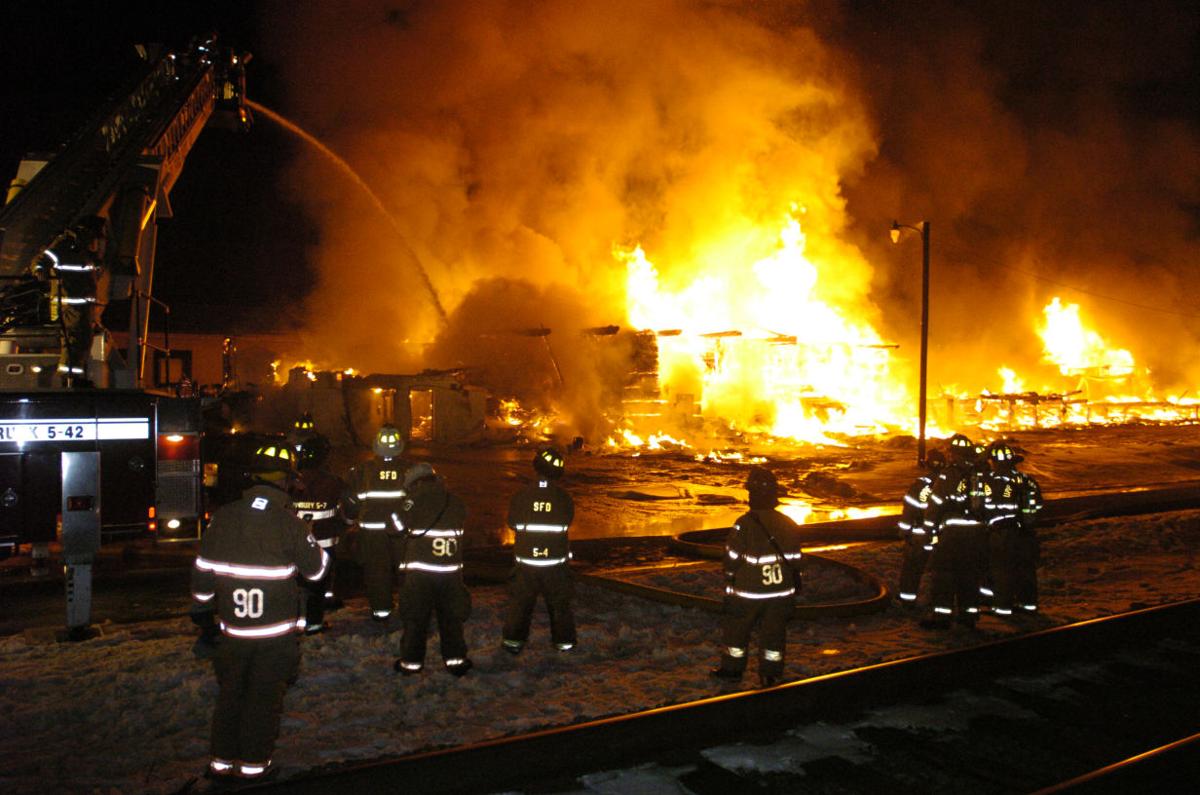 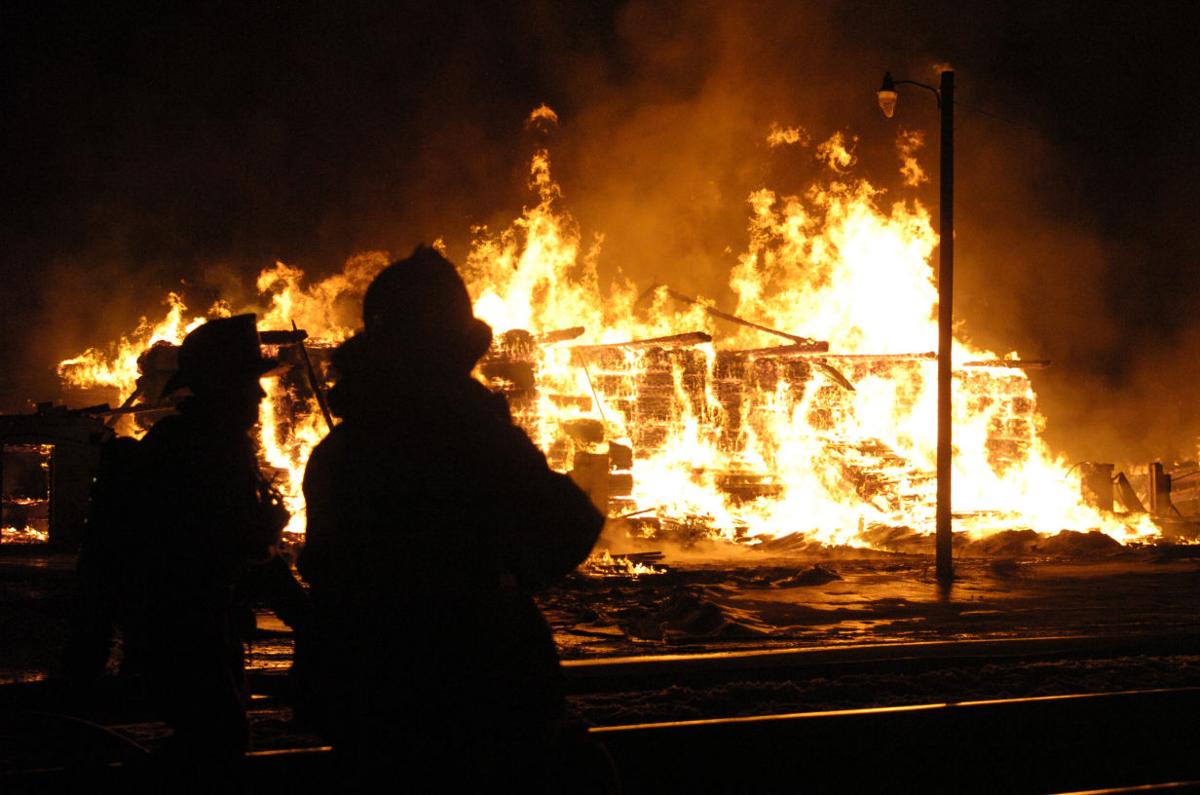 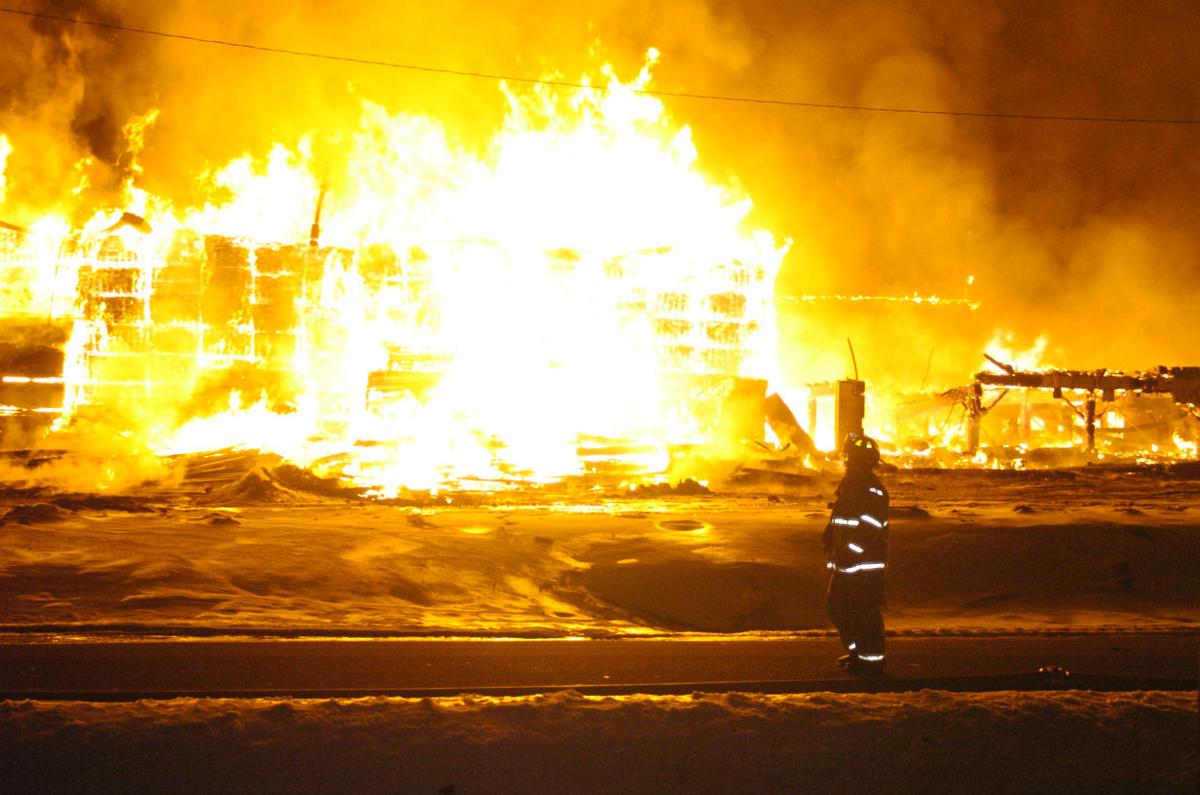 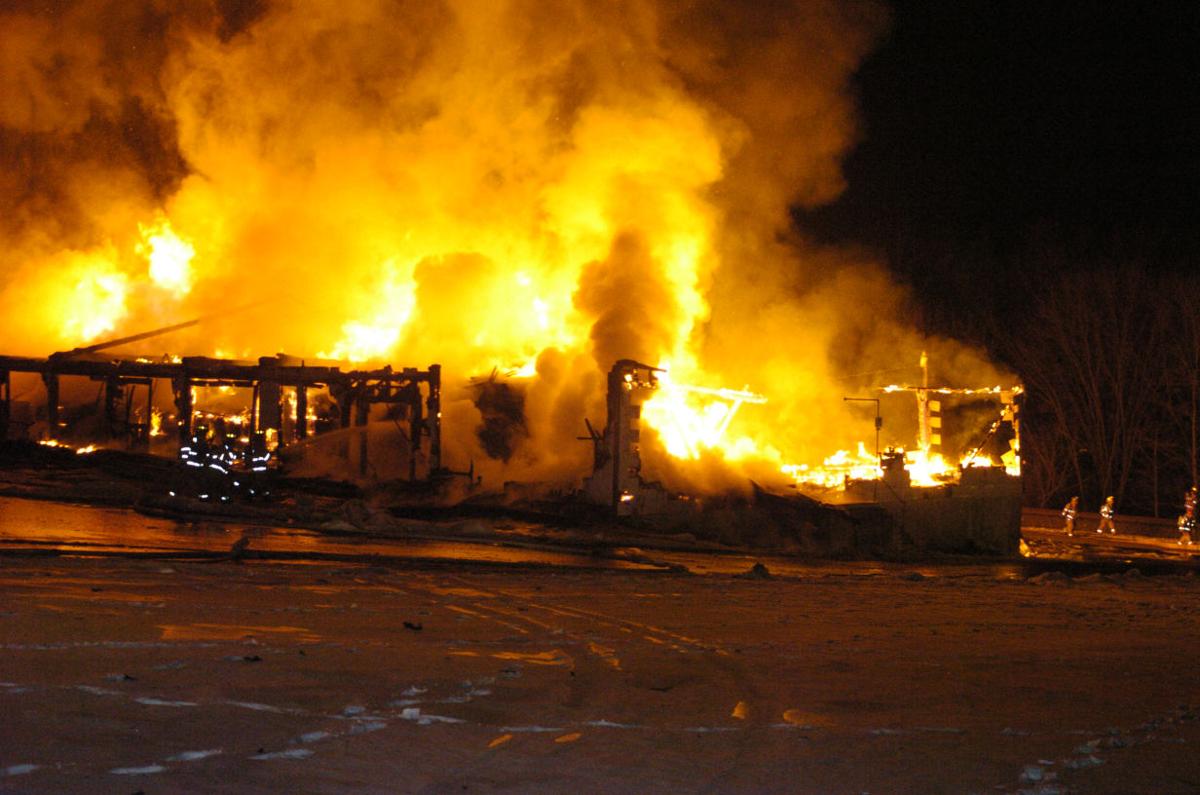 HERNDON — Flames and thick smoke continued to billow out of the remains of the Herndon Reload Co. warehouse this morning, more than 12 hours after the building loaded with lumber burned down.

About one million board feet of lumber was stored in the 50-foot by 300-foot building between Route 147 and Railroad Avenue leased by owner Sam Kauffman.

The structure and contents were insured, he said.

Kauffman said two people were working inside the building at about 8:15 p.m. Tuesday removing scrap metal with a torch when the fire accidentally started.

It was a raging fire that took about one million gallons of water, which drained two nearby ponds, to calm, Herndon firefighter James Wert said.

Firefighters were at the scene throughout the night and day.

Fire Chief Tony Gilligan called Northumberland County Public Safety Director Paul Froutz early today to determine if there would be a public hazard if they allowed a large pile of lumber to burn.

Froutz, who conferred with members of the hazardous materials team, said he told the chief that the air quality would not be affected by a control burn.

Flames were so high they melted siding on a garage and broke windows on a home about 50 yards away owned by Richard Hood.

The burned building was the former site of Herndon Manufacturing and later Creative Playthings, Inc., before Kauffman purchased it about five years ago.

Focused on cleaning up the debris, Kauffman said today he hadn’t decided whether to rebuild.