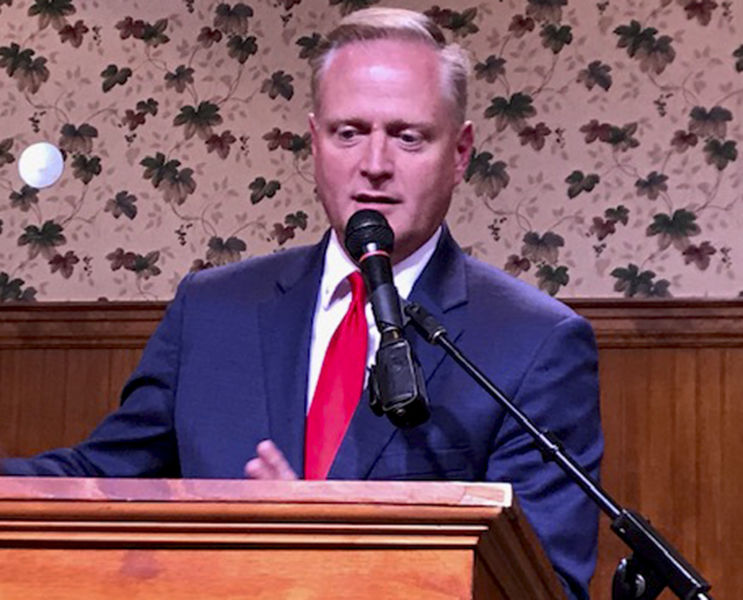 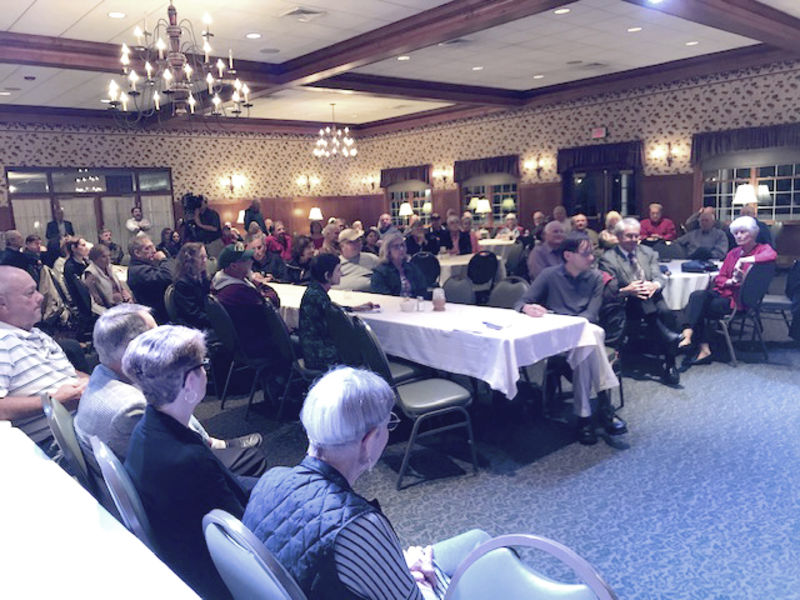 LEWISBURG — A large audience of more than 120 area residents filled the Col. John Kelly room on Monday night at the Country Cupboard to hear U.S. Congressman Fred Keller speak on a wide variety of subjects, such as Syria, healthcare, climate change and gun control.

But before he took to the podium, Keller spoke exclusively to The Daily Item about the Ukraine phone call President Trump made to Ukrainian President Volodymyr Zelensky, his talking about investigating Joe Biden, and the ensuing impeachment inquiry.

"I've read the transcript," he said. "And from the evidence that has been presented, the President hasn't done anything illegal. If the Speaker wants to hold this investigation, maybe she needs to hold a vote and that way we can all call witnesses and make sure the process is fair and transparent. Rather than meetings behind closed doors."

Keller said he didn't see anything in the call that would rise to the level of impeachment.

Trump's decision to withdraw troops from Syria did not surprise Keller.

"The actions the president is taking is something he talked about in his campaign," Keller said. "I think the president is looking to see what can be done to have other countries step up and tale on these issues and not have it all rely on the United States. But, I also think we need to keep our promises to our allies. And make sure they can count on the United States."

Once the meeting started, Keller talked about some legislative issues with local impact. He called for movement on the bipartisan USMCA (Mexico Canadian American) Trade Agreement, which would replace NAFTA.

"It is so important that we get that done, ratified and moved to the Senate," he said. If passed it would help the dairy industry and other agricultural products sell in Canada. "Mexico and Canada are ready to go on this. It has bipartisan support."

In the question and answer session that followed Keller's speech, Lee Spangler, of Lewisburg, asked about right-to-work laws.

"People," he said, "shouldn't have to pay a fee to get a job." Right-to-work means that employees are entitled to work in unionized workplaces without actually joining the union or paying regular union dues.

Glen Bailey, of Mifflinburg, asked Keller what he thought about the "Green New Deal."

Keller said it would not be good for Pennsylvanians, although he did note that he has always been an advocate for sustainable energy sources.