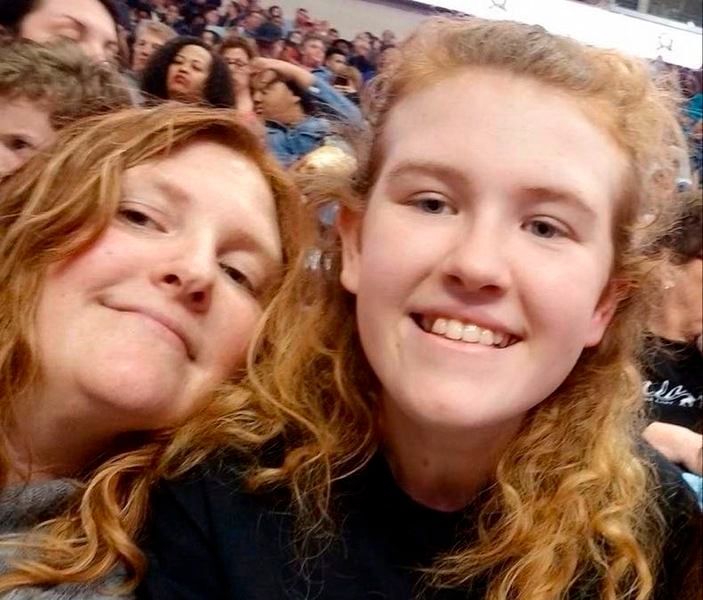 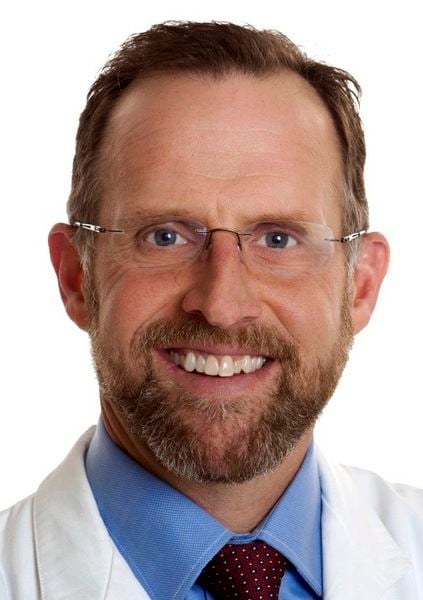 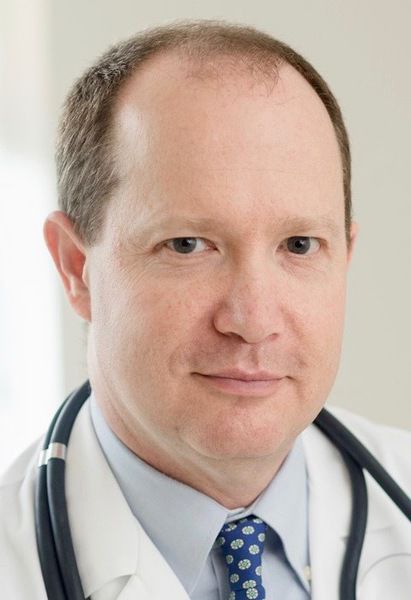 “No matter what I ate, stomach pain was sure to follow,” she said.

After experiencing both chronic and acute attacks like these, a colonoscopy revealed that her gallbladder was nearly full of gallstones.

The acute pain she was experiencing pushed doctors to perform surgery to remove the infected organ.

Nearly a year ago, her daughter, Zoe Hoffman, faced the same surgery. Then 17, she had just a few days earlier given birth to her daughter, Shania, when she began having similar attacks that she describes as “emergency-level pain”.

“I would wake up in the middle of the night and yell for someone to help me,” Zoe remembers.

Zoe’s gallbladder contained sludge that was the result of being sedentary in the intensive care unit for five days after complications during her baby’s delivery. The surgery to remove her gallbladder took approximately four hours.

According to Dr. Timothy Judge, a general surgeon with UPMC Susquehanna, 10 to 20 percent of Americans have gallstones, and each year 1 to 3 percent develop symptoms.

“This makes gallbladder disease one of the most common disorders treated by general surgeons,” he said, “with over 500,000 gallbladder removal surgeries performed in the U.S. each year.”

According to Dr. Benyam Addissie, gastroenterologist and hepatologist at Geisinger Medical Center in Danville. This “small, pear-shaped, hollow organ,” he said, located right under the liver on the right side of the upper abdomen, plays an important role in the digestive process, helping to store and empty bile that comes out of the liver.

Dr. Bradley Mudge, a general surgeon with Surgical Specialists of Evangelical, describes the gallbladder as “a reservoir for bile ... a fluid that looks like green motor oil.”

According to Judge, “Just like our appendix, the gallbladder is an organ that many people may not even realize exists until there’s a problem. Most of the time, the gallbladder just stores bile produced by the liver. Bile helps to break down fats, so when you eat a meal, the gallbladder gets to work squeezing some of that bile into the intestine to help with digestion.”

Problems can arise, however, when gallstones — typically consisting mostly of cholesterol — are formed out of the bile, Mudge said.

Judge explains that these stones can exist in the gallbladder without creating any issues.

“You could have one right now and not even realize it,” he said. “If these ‘silent’ stones are discovered accidentally during other medical tests or procedures, there’s no need to do anything about them.”

However, when gallstones block the neck of the gallbladder, keeping the bile from being squeezed out of it, Mudge said this can lead to inflammation and cause symptoms such as nausea, abdominal pain, diarrhea, and sometimes right-side shoulder and mid-back pain — especially after eating.

“That can be an emergency situation,” Addissie said. If the gallbladder isn’t removed at this point, within 24 to 48 hours, severe inflammation will continue, and an infection or tear could result — “and that could be life-threatening.”

Typically, Judge said gallbladder pain can last for 20 minutes to an hour, and subsequent attacks are usually identical to the first. While the pain often is felt after eating, he said it can also be spontaneous and even awaken someone at night.

Addissie said less significant symptoms could include vague discomfort in the upper abdomen after fatty meals, as well as bloating.

Gallbladder pain can be acute or chronic — recurring intermittently for weeks to even years. And it’s not always caused by stones.

Oftentimes, people won’t even realize it’s a gallbladder issue and think they are simply experiencing indigestion or reflux.

In 1992, Edna Kline, 76, of Beaver Springs, started experiencing nausea and pain in her sternum area. Certain foods, like oranges or gravy, would trigger these attacks.

“This went on for a couple of months before I went to the doctor,” she said. “They thought it was my appendix. They took my appendix out, but it didn’t solve the problem.”

She continued to struggle with the pain, forcing herself to go to work even though she admits some days were extremely hard.

Finally, after several months, one last test revealed that the issue had been with her gallbladder all along. Drinking a special solution, they were able to watch how the gallbladder responded to it.

“It didn’t dump out like it was supposed to,” she said. “The poison was going back into my system.”

For two weeks, she said she was so sick that “I lived on ginger ale.”

The same day of that last test, she was admitted to the hospital, and the next morning she underwent an operation to remove the gallbladder.

Addissie said the first step in determining whether a person might be experiencing gallbladder trouble is simply “listening to the symptoms.”

“When a patient is saying they get pain in the upper abdomen a half an hour or so after eating, lasting an hour to a few hours — that would raise our suspicion that it may be the gallbladder.”

A primary care physician can look for tenderness in the area of the gallbladder and order an ultrasound and blood test. He or she can also refer a patient to a specialist to investigate further, to rule out other possible culprits such as a stomach ulcer or a poorly-functioning pancreas.

Common tests include imaging to check for gallstones; tests to examine for blockages in the bile ducts (such as an MRI, HIDA scans and endoscopy); and blood tests that can reveal signs of infection, inflammation, pancreatitis, or other complications that can be caused by gallstones, Judge said.

While mild, intermittent pain does not need immediate attention, Judge said an appointment should still be made with a doctor for further examination. However, if the symptoms are severe — such as upper-right quadrant pain that does not subside within five hours and fever, nausea or vomiting — the person should be seen immediately.

“This combination of symptoms can indicate a serious infection or inflammation that needs immediate treatment or could be related to another condition in your abdomen such as appendicitis, kidney stones, or stomach ulcer.”

Judge said treatment options include “surgically removing the gallbladder, medications to break up gallstones, and antibiotics to treat infections.”

After their surgeries, Cheri and Zoe Hoffman both said the recovery was about two weeks before they were able to fully return to their normal duties. They were restricted from any heavy lifting during those times. Having laparoscopic surgery, Cheri said she didn’t have a major incision, so the healing process was fairly quick.

Now living without their gallbladder, they say the one thing they need to be wary of is eating greasy or fried foods, which can cause immediate pain and diarrhea.

Addissie said this is the most common experience for patients following the removal of the gallbladder.

“Greasy foods are better digested with bile,” he explains, “which comes from the gallbladder. When it’s not there, we may get more bloating, urgency to have to go to the bathroom. We recommend reducing fatty foods so these bothersome symptoms are not there.”

This is something that they recommend to everyone, as a healthy, balanced diet that is light on greasy foods is a way to avoid the possibility of developing gallstones.

Judge suggests creating a food journal to track how certain foods make you feel. A doctor or nutritionist can use it to develop “the appropriate plan for your long-term dietary needs,” he said.

The majority of people, in general, who develop gallbladder issues are overweight, according to Mudge, making it important to be proactive and live a healthy lifestyle to avoid issues later on. Once you have gallbladder problems, they can’t be reversed. However, even then a bland or light diet, with smaller meals, can help reduce symptoms.

“Because these can be associated with the formation of stones, they need to talk with their doctor to see if their program is ok,” he said.

When surgery does become necessary, the good news is that the most common method is the minimally invasive laparoscopy. Many return to work in a couple of weeks following the procedure. And life can return to normal.

“Removal may sound like a dramatic step,” Judge said, “but the reality is that in most cases you don’t need your gallbladder to live a happy, healthy life.”