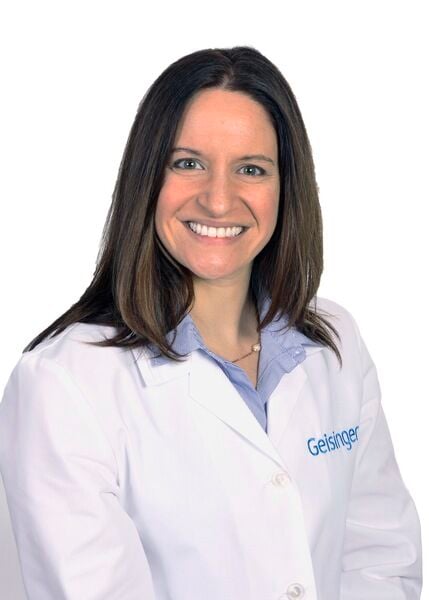 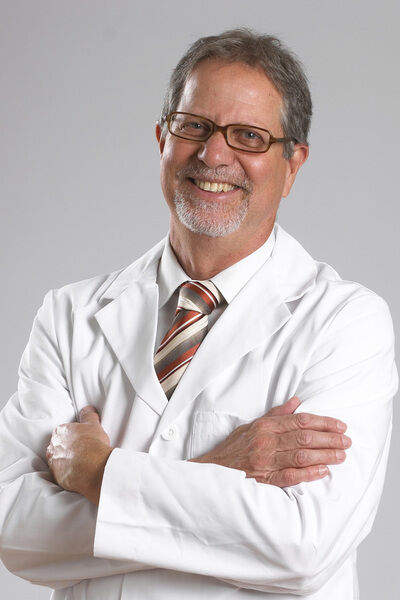 Diagnosed with multiple sclerosis? It’s enough to make the most stoic among us tremble with dread, envisioning a future that leads all too quickly to a life of disability — but that was then. Today’s MS patients have more reasons than ever to be optimistic.

Dr. Stuart Olinsky, neurologist with UPMC in the Susquehanna Region, said he welcomes the advancements he’s seen in multiple sclerosis treatments in the past 40 years.

“I always tell my patients, when I was a younger man, all we did was to hug people when we gave them the diagnosis,” Olinsky said. “Now we have numerous medicines that are used for preventing attacks — something we never had before.”

In the past three or four years, the number of people in the United States living with MS has increased to nearly a million, according to the National MS Society website. Researchers don’t know yet whether that’s because more people are getting MS or if the total number is a reflection of overall population growth, better diagnostic capabilities, the availability of disease modifying drugs, or other changes in the MS landscape.

Megan Esch, MD, neurologist with Geisinger Health System, said Geisinger treats about 1,500 people with multiple sclerosis in a coverage area, stretching roughly from Wilkes Barre to State College to Danville. Being able to better diagnose the condition can lead to a better understanding of it and better treatment.

“If we can identify what may be causing some of the symptoms and issues patients are having, we’re better able to treat them,” she said. “It’s more people that we’re able to help.”

While acknowledging a multiple sclerosis diagnosis is “very scary,” Olinsky said better management means patients don’t have to assume they will end up wheel-chair-bound.

“That really isn’t the case anymore,” he said. “One lives a long life and a very productive life anymore with MS. We have lots of ways that help them do well for longer periods of time.”

He referred to the “tremendous” medicines available today, including oral meds, injections and intravenous infusions, and medications that can be taken daily, weekly or once every few months.

“There were very limited options for treatments up until even the most recent decade,” Esch said. “Now, the FDA has approved over 20 medications.”

Treating multiple sclerosis focuses on two angles, stopping the disease from progressing and treating symptoms that can hold people back from fully enjoying their life.

That’s where those more than 20 FDA-approved medications come in. Doctors can carefully assess each patient’s situation and lay out a plan for which medicines will help the best.

“The second part we think about when we are talking about treatment is, how do we help with the symptoms?” Esch said.

Symptoms can include vision changes, blindness, weakness and numbness. Other problems can rise that affect the daily life of patients with multiple sclerosis, including fatigue, sleeplessness, depression and anxiety.

“So we also like to consider treatments for those symptoms,” Esch said. “Those sorts of treatments really involve good communication and good relationship with the treating physician and the patient so you can really target the things that are most important to the patient.”

She gave an example of a patient who might not really mind dealing with neuropathy pain but hates not being able to stay awake to do favorite tasks or hobbies. Treatment then would focus more toward helping the patient complete the daily life tasks they enjoy.

Saying nearly a million people are living with MS can be viewed negatively, but Esch pointed out that it also means doctors have more of an opportunity to intervene where they may not have been able to intervene before.

“Because of all these advances and treatments, we really are able to stop a significant amount of disability,” she said.

“In addition to the medications we have to help prevent future relapses and disability related to MS, there are a lot of individualized programs that involve lifestyle changes, like exercise and diet. Your treatment is really geared to helping you as a person.”

With the new treatments and medicines available for people with multiple sclerosis, Olinsky said meeting with a neurologist can be most beneficial.

“For people that get that diagnosis and haven’t yet been seen by a neurologist, I would strongly recommend that they at least consult with a neurologist to make sure they’re on the pathway that’s the most helpful,” he said.

“We really are in a great place with giving our patients a lot of optimism and hope for the future,” Esch said, adding that the new treatments can help people with multiple sclerosis to continue running marathons, working on hobbies, pursuing a career—whatever they enjoy. “It’s definitely a different era that we’re dealing with now, in 2021, ...(compared to) even 10 or 15 years ago.”