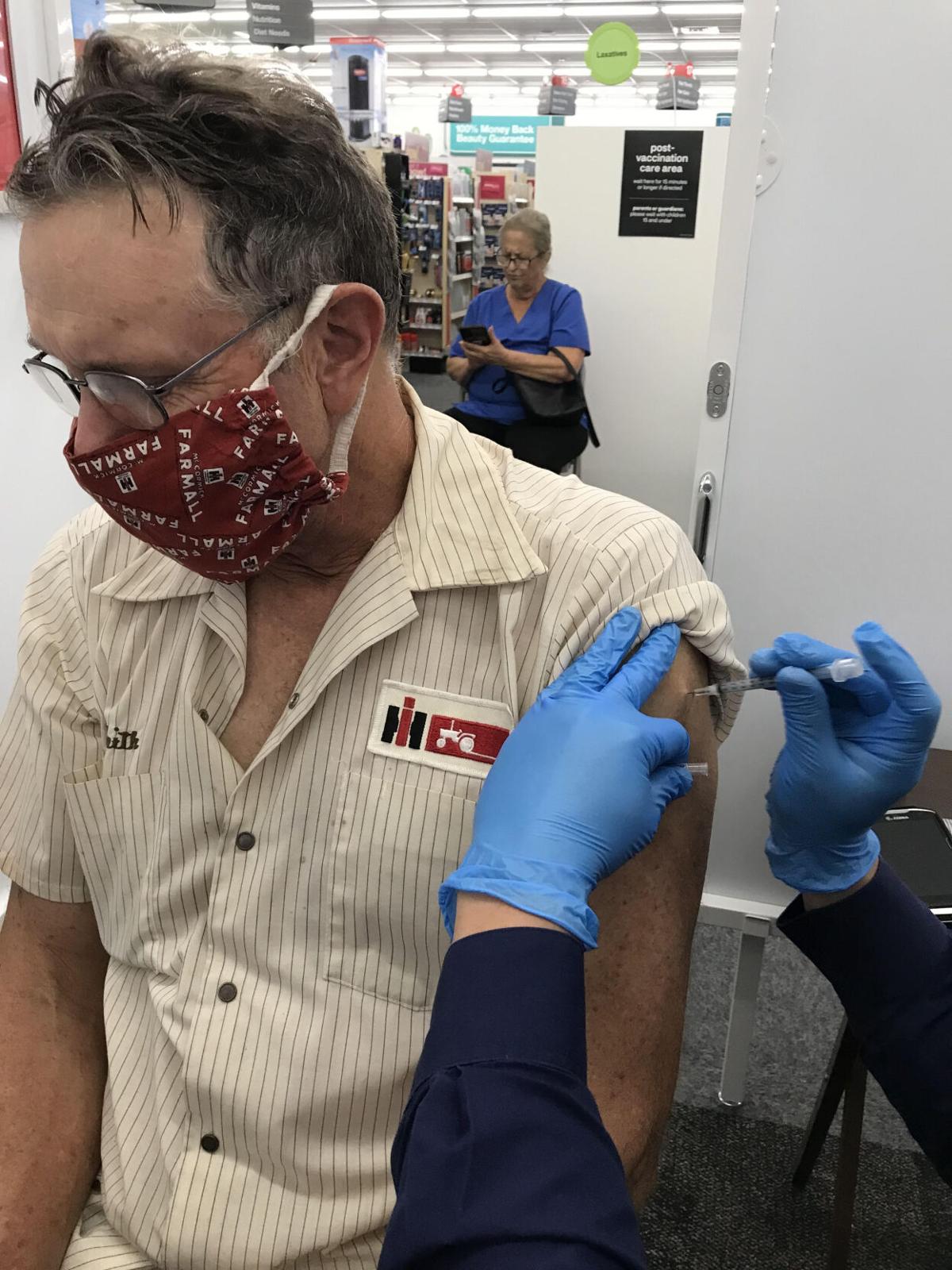 Keith Herman, of Winfield, receives his second Phizer vaccination to guard against COVID-19. 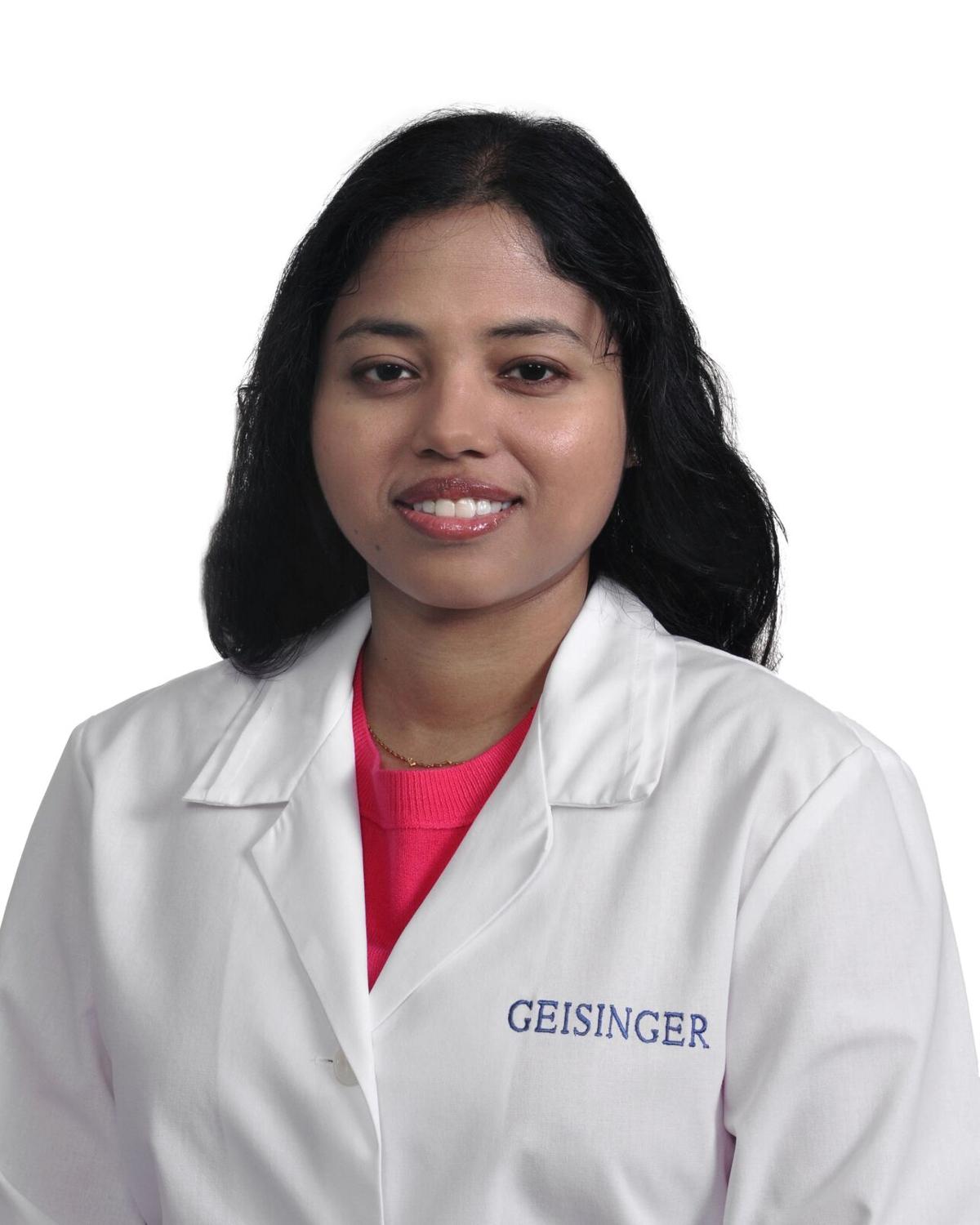 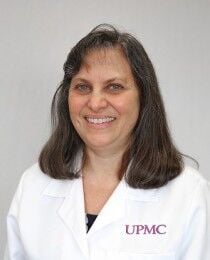 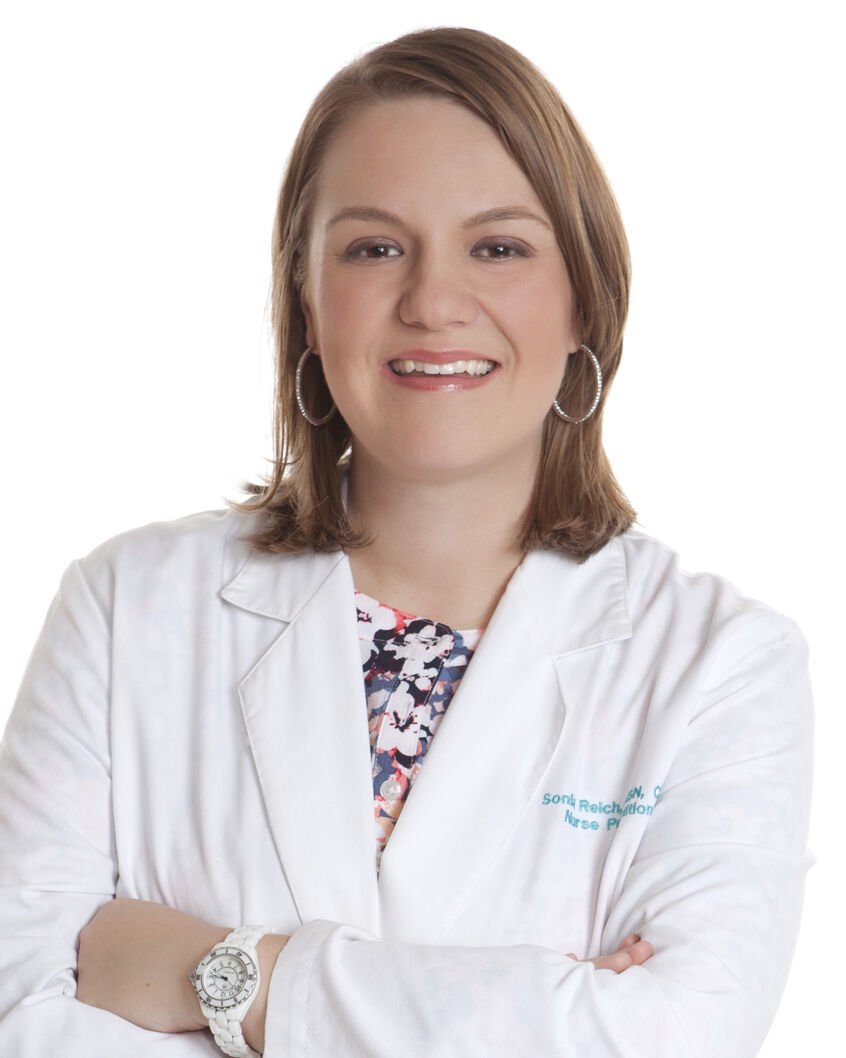 At medical school in Johns Hopkins Children’s Center, Dr. Swathi Gowtham’s teachers, who were infectious disease doctors, told her class they used to see children with bacterial meningitis every couple of days.

“When I was training, due to vaccinations against Haemophilus influenza and strep pneumonia (which can cause meningitis), I saw a kid every few months,” said Gowtham, specialist in pediatric infectious diseases, at Geisinger. “And that’s what vaccinations have done.”

In the past year, many of us have delayed regular medical exams, but with COVID-19 cases finally declining, summer can be a good time to make sure we’re caught up on our vaccinations.

“The pandemic has decreased visitations to doctors’ offices, so we should use the summer to catch up and see our physician to make sure we are not only not missing vaccinations but important health screenings, as well,” Gowtham said.

We all know we’re supposed to get tetanus, diphtheria and pertussis (whooping cough) shots every 10 years. But honestly, after school ends, most of us forget about vaccines — how important are they in keeping us healthy?

“These vaccines do an excellent job of preventing not only the disease but also the complicated side effects from it,” said Sonia Reich, nurse practitioner at Family Medicine of Evangelical — Milton. “The problem with many diseases that vaccines prevent is that I don’t know if you’re going to develop a mild case of the disease or a more complicated case that could even have long-term effects.”

A lot of adults, for reasonable reasons, don’t go to the doctor regularly, so they just tend to forget about vaccinations, said Dr. Robin Spangler, UPMC Primary Care – Lewisburg.

“But as people get older and their immune system, like everything else in the body, slows down and isn’t functioning as well, it is important to get vaccines for pneumonia, flu and shingles,” she said, adding with shingles, “I tell people, it’s not life-threatening, for the most part, but it is very painful and can have some serious consequences.”

It’s easy to shrug off preventive vaccines like DTaP, but we’d regret it if we developed tetanus, which is prevalent in the soil, Gowtham said. The toxins in tetanus spread through the body, producing paralytic symptoms with really tight muscles and severe pain, typically resulting in the patient being admitted to the ICU.

“It’s incredibly rare, thanks to vaccinations,”Gowtham said. “But it’s very, very important so that people (can) stay out of the hospital.”

When vaccines for diseases like polio and smallpox were created, people gratefully rolled up their sleeves for the shots.

“People were eager to get the smallpox and polio vaccines because they saw firsthand how devastating these diseases were, and they decided they did not want that for themselves or their communities,” Reich said.

Today, however, with so much information and misinformation, some people fear and avoid vaccinations, particularly in connection to autism spectrum disorder.

“I know people are afraid of vaccinations,” Spangler said. “There’s really no fact to back that up. Study after study has shown vaccine safety.”

A study several years ago seemed to implicate the MMR (measles, mumps, rubella) shot with children being diagnosed with autism, “but that has been shown to have been wrong time and time again,” Spangler said. “There is no association of vaccinations with autism.”

“I think, in general, our society has grown suspicious of anything coming out from the government, and I think vaccines are just another one of those things,” Spangler said.

“Vaccines themselves are considered a triumph of modern medicine,” Gowtham said. “(But) the vaccines are victims of their own success in that people don’t remember what measles was like, and people don’t remember what polio was like and what smallpox was like. and because of that, they’re more concerned about some rare side effects. But in general, vaccines are really safe.”

Parents weighing the risks and benefits of vaccinations for their children might feel better with the passive decision to do nothing, let the virus take its course, rather than the active decision of choosing a vaccine, which could result in expected side effects of a fever or rash.

“Parents have to realize, if they don’t get their children vaccinated appropriately, that too has consequences,” Gowtham said. “And that has potentially higher risks.”

She pointed out that 200 children die every year from influenza, children who had not been vaccinated or were too young to be vaccinated. Vaccines, then, protect a community by slowing the spread of disease and possibly keeping it from reaching more vulnerable populations.

If people stop being vaccinated, diseases like whooping cough and pertussis could again become common in our communities, Reich said, pointing to an outbreak of measles in Williamsport a few years ago that was traced to a tour bus coming through and stopping in the area.

“The idea I want people to think of in getting vaccines is that it’s a very kind thing they can do for their community,” she said. “It protects yourself, but it also protects people who cannot get the vaccine.”

For schoolchildren, the PA Department of Health recommends:

With the success of vaccines, many former childhood illnesses are rarely seen today and some parents have grown complacent about them, forgetting how serious they can be, Spangler said.

“So you hear more about the potential side effects, true or imagined, to the vaccinations,” she said. “People think the vaccines are scarier than the disease.”

She recalled her mother talking about community swimming pools shutting down during polio outbreaks.

“It’s hard to get people to realize how bad it can be,” she said. “I’ve never seen a case of polio. I can’t imagine how bad things like that would be.”

One of the best things parents can do is to find a healthcare provider they trust and can turn to with all their concerns.

“If they’re debating and don’t feel comfortable, they should have a conversation with their medical provider,” Gowtham said. “I feel like if we do not vaccinate, we may end up going backwards and really harm children that are otherwise meant to be growing and thriving.”

“I think parents are just trying to do the best for their kids. I’m the same,” Reich said. “I’m never upset when people want more information or have questions when it’s about their health or the health of their loved ones.”

Don't let your immune system do all the work

Shots like the flu vaccine need to be repeated each year. Uneasy with introducing chemicals into our bloodstream, some people opt to forget it…