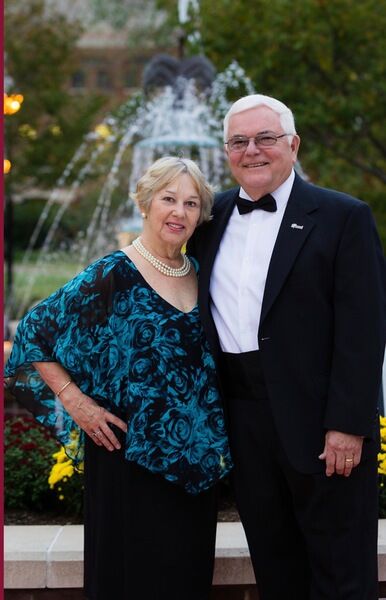 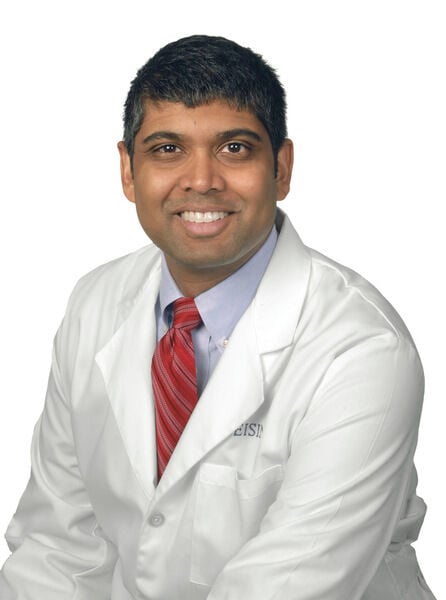 John Mulka was diagnosed with kidney cancer in 2008. He later learned that the cancer had metastasized to his lungs and brain. The 76-year-old Bloomsburg resident said doctors told him it was treatable, but not curable. His continued care includes a yearly CAT scan and MRI.

He was worried, at first, how the pandemic might affect his required appointments, which included a CAT scan in May. But he said telemedicine has allowed him to stay in touch with his doctors, including a follow-up of his scan with his cancer provider, Dr. Rajiv Panikkar, of Geisinger. Not only did his care continue without a hiccup, Mulka said the telemedicine option eliminated any anxiety he had about going out and potentially exposing himself to COVID, or any other health danger.

“I was a little anxious about going to the hospital,” Mulka admitted, but when he learned he would have the option to “be able to stay home and not be in the same room as other patients and not worry about wearing masks and social distancing,” those fears dissipated.

“Sitting in your chair at home,” he said, “those are concerns you don’t have.”

And the telemedicine visit, he said, was just as productive and smooth as an in-person visit would have been.

“He [Dr. Panikkar] reviewed the results of my CAT scan with me,” he said. “It came across the screen clearly on my iPad. I think we accomplished everything we needed to accomplish.”

Prior to the COVID pandemic, telemedicine opportunities were limited.

Evangelical Community Hospital offered such services as TeleStroke, TelePsych, and a virtual translation service when patients did not speak the same language as their caregiver, or needed communication via sign language, according to Brian Wolfe, vice president of Clinic and Physician Practices at Evangelical.

But when the pandemic hit, Wolfe said Evangelical launched a telemedicine program for its primary care practices.

“The methods implemented, both by phone and through video with electronic devices, were put in place to better accommodate patients who had conditions that required consistent medical management,” he said. “This allowed them to have a visit with their doctor from the safety of their home.”

Dr. Ayn Kerber, of Family Medicine of Evangelical-Lewisburg, said her office, pre-pandemic, “did not do any telemedicine in any form or fashion,” due to insurance coverage restrictions. Thankfully, insurance companies sprung to action when the pandemic struck, dropping various coverage barriers.

Panikkar said his personal experience with telemedicine pre-pandemic was also limited, from office to office or office to hospital room – not from office to a patient’s home. But before the shutdowns, he had been working on a telehealth pilot project within the cancer institute at Geisinger. That project, he said, “went from 0 to 60 as we saw the need and the opportunity.”

It was the same throughout the Geisinger health system. According to David Fletcher, Geisinger’s associate vice president for telehealth services, they were already growing the program pretty rapidly in about 20 specialties before the pandemic. While home visits were done, they were limited. However, during the pandemic, when office visits were being limited, telehealth “became our best option,” Fletcher said, and public and private insurance companies began supporting the service.

“I think everyone recognized this was the only good, safe way to see a patient,” Fletcher said. Geisinger ramped up its telehealth services in more than 70 specialties, and their monthly telehealth visits skyrocketed by 3,000 percent.

“We feel like we’ve advanced 10 years in the space of three months,” Fletcher added, though, “We wish it would have been for better reasons.”

For many doctors, as well as patients, they were doing telehealth for the very first time, and Geisinger put out training videos for both. They began the ramped up services in the middle of March, and implemented it fully within a matter of weeks.

“Everybody really had to work hard and come together,” Fletcher said. “And our patients really worked with us.”

Surveys, he said, have shown that both patients and providers have been pleased with how easy it has been to use.

Kerber admits that having gone from no telemedicine visits to relying on it heavily during the pandemic, there was “a little bit of a learning curve”. The normal flow of a visit has certainly had to change. However, she is proud of how well it all worked.

“I’ve been very impressed by how people have adapted and embraced the option,” she said.

And that goes for all ages, including seniors – a population with which there are often misconceptions regarding technology, Fletcher said.

“They assume that younger millennials are going to really take to this technology, but maybe it’s not a good solution for older patients,” he said. “We really haven’t found that to be the case.”

In part, that could be because technology has become increasingly user-friendly and a part of life for people of all ages.

Kerber said they have someone in their office who calls and walks the patient through setting up the technology, which has worked well to troubleshoot any potential issues during the call.

Fletcher said the convenience of not having to find transportation to a clinic has also been especially beneficial for elderly patients.

Kerber said her telehealth visit numbers are “skewed significantly toward the older population, ages 65 and older.” However, her patients have ranged in ages and backgrounds.

One of the places she’s especially seen benefits, is among individuals living in assisted living facilities. There, she said, a nurse is on hand to help facilitate each telehealth visit.

Telehealth, in fact, is good for everyone who would fall within the category of “the more vulnerable population”, Kerber said, which would include individuals with chronic illness and the elderly, who “are making every effort to minimize their exposure to the coronavirus.”

Though there are some things that can’t be done over the phone and do still require an in-person visit, medical communities have gotten creative in order to keep telehealth visits as complete and helpful as possible. Kerber said at Evangelical, a program called “Hospital to Home” goes into local communities to perform services such as checking vital signs and drawing blood.

Fletcher said many health systems have been advancing services in which instruments for checking temperature and measurements, for example – things typically done in an in-person office visit – are sent to patients who can then take that information on their own and provide it to their doctor during a telemedicine visit.

“I think down the road, there’s going to be a lot more options for that,” Fletcher said.

During the shutdowns, Mulka also had a telemedicine checkup appointment with his cardiologist’s physician assistant, who, Mulka said with a laugh, commented that the wallpaper he had in his dining room, from where he was taking the video call, was the same as her mother’s.

Such an interaction is just one example of how telemedicine has made it possible for doctors to connect with patients on a much more personal level than an office visit would ever allow.

In a situation where “your waiting room is your couch,” Panikkar said, it not only means that the patient is safer, but it creates what he calls “the modern-day version of the home visit.”

He has been able to meet with patients while they were sitting on their back porch, drinking tea, and who call their dog over so he can see it. He has also met patients’ kids and grandkids. To him, he said, “it really adds a richness to the interaction.” And it reminds him of why he does what he does.

“Ultimately, healthcare is people taking care of people,” he said. “Technology can be a tool, but it’s still a person taking care of a person, and this is an opportunity for us to learn and understand how we can use this technology to be more effective to take care of people in the current environment.”

Doctors have also found there to be a communication benefit to telemedicine in the COVID age. While in-person visits require patients to wear masks, telemedicine visits allow them to see their entire face and the nonverbal communication that happens through facial expressions.

Since some shutdown restrictions have been lifted, Kerber said her office has been able to return to a mostly routine process. But she continues to conduct telemedicine visits, which account for about 15 to 20 percent of her patients.

It’s clear that the COVID pandemic has pushed many medical communities into a new kind of normal in which telemedicine will likely continue to play an important part well into the future.

“The pandemic shone a light on the value of telemedicine and Evangelical will continue to utilize and grow the program,” Wolfe said. “Since the initial launch in primary care and psychology, the hospital now offers telemedicine opportunities in surgical services and is branching out to offer it through outpatient specialty services including rheumatology, endocrinology, neurology, and more.”

At Geisinger, Fletcher said all of their clinical areas are working to determine what portion of their visits are going to be conducted via telemedicine going forward.

“Were going under the assumption that most of these rules are going to stay in place,” he said of the current COVID restrictions. “We assume [telemedicine] is going to be a substantial part of delivering care into the future.”

Kerber agrees. “I think a door has been opened to a method of providing care in a safer avenue,” she said, adding that she thinks it will be especially helpful as we move into the winter months, when we’ll see not only the impacts of the coronavirus, but of all other sicknesses, such as the flu, that come with he colder weather. “This is going to be a very promising way to provide care to a more vulnerable population.”

And to meet the most basic goal of healthcare.

“At the end of the day, it’s about making sure people are receiving routine care, even if it’s in a nontraditional setting,” Kerber said.

Mulka’s telemedicine visit with Dr. Panikkar “went as smoothly as could be”, and even came with some welcome news: He’ll only need to go every two years now, instead of every year, for a CAT scan.

Last week, he was preparing for another telemedicine visit to follow up on the result of the MRI of his brain that he had the week prior.

Will telemedicine be a part of his continued care into the future, even in a day when masks and pandemic restrictions may not be in place?

“I would certainly consider it,” he said.