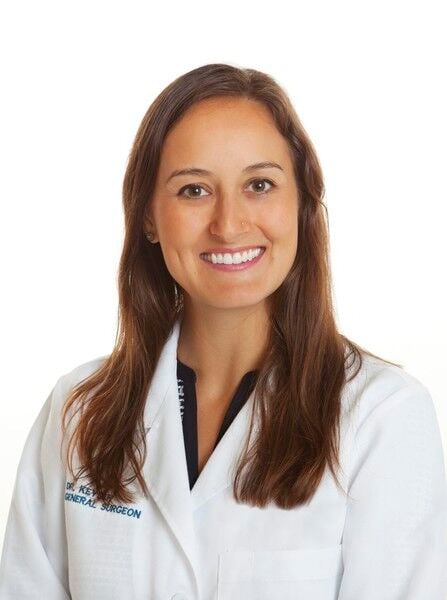 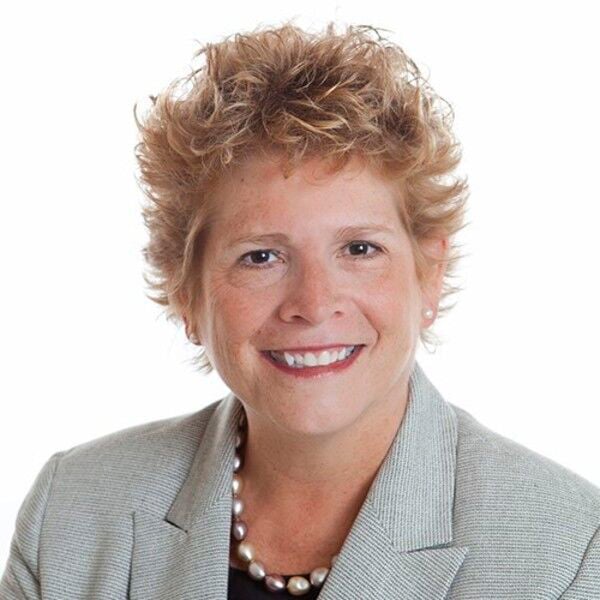 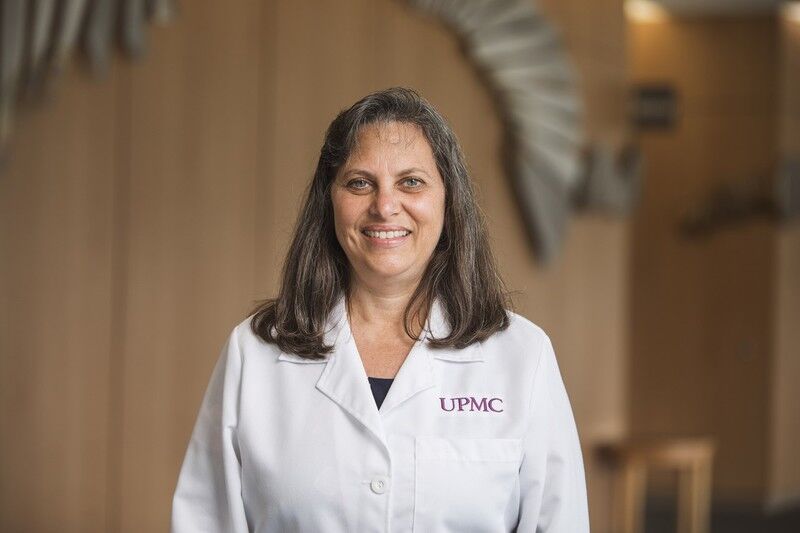 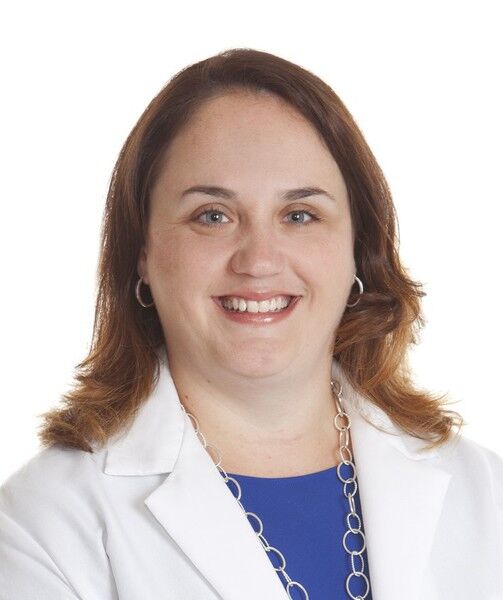 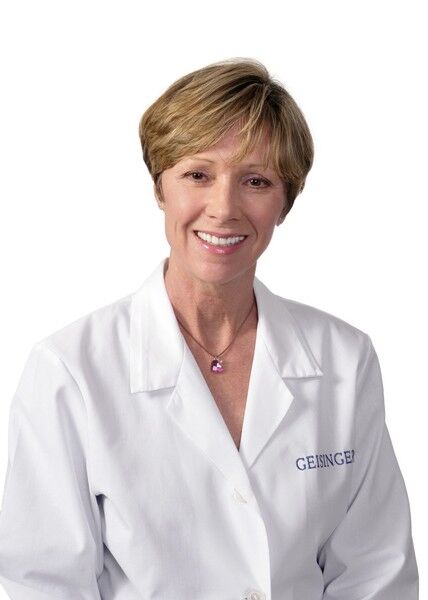 Dr. Daria Keyser grew up in the rural town of Wellsboro, where her dad was what she calls a “small-time family doctor”. One of four children, she was the only one to express interest in medicine. She spent many of her early years watching her father work, which included delivering babies.

“I knew I wanted to do medicine from that point on,” Keyser said. She originally thought she, too, would become a primary doctor, but in the year between college and medical school, she volunteered with a surgeon in Bangladesh and fell in love with surgery. She is currently a surgeon at Surgical Specialists, Evangelical.

“It was a very different way of helping sick people that I hadn’t really considered before,” she said.

In fact, it’s not a field of medicine that many women consider. According to Keyser, women represent only 20 percent of surgeons in the U.S.

Trends in the medical world, however, have been shifting more and more, over the years. There are more women in health care than ever before, and in some areas, women even outnumber their male colleagues.

Several local medical professionals are encouraged by these trends, saying women bring unique strengths to the industry, improving the quality of care in the communities they serve.

Kendra Aucker is currently the chief executive officer at Evangelical Community Hospital. It’s not a job she aspired to. In fact, when she was growing up, she “didn’t even know this kind of job even existed,” she said.

She was, however, familiar with the health care field. Her mother was a nurse.

“I grew up seeing what my mother did for her profession, at a time when a lot of women did not work,” Aucker said. “She worked hard to take care of my brother and me. She really loved what she did professionally. That definitely had an impact on me.”

While she knew she didn’t want to be on the clinical side of health care, like her mother was, Aucker did end up in that same industry. Beginning in 1986, she first worked in marketing and public relations, then insurance. In those experiences, she was encouraged by mentors who saw her aptitude for business, and she eventually came to realize that what she really wanted to do was to work on the provider side of things.

“I appreciated working more with people who delivered care, than on the side of those who managed the money,” she said. For many years, she oversaw physician practices, then became the chief operating officer, and for the last five and a half years, the CEO.

As a woman in an executive position, Aucker said she holds a unique role, since only about 30 percent of executives are women. But she said that number still represents a vast change from when she began her career more than 30 years ago.

“When I started in health care, that was not the case,” she said. “Now, over time, you see more women in those roles.”

The same is true for other health care roles.

Robin Spangler is a medical doctor at UPMC Primary Care in Lewisburg, a recently-opened clinic in the Valley. She’s seen a trend toward more women in medicine as well, since she began her career in the late 1980s. While she was in school and training, she said there were “definitely more men in the field”, but things were starting to change. Women numbered a little less than half of the students in her medical school class, and the majority of those in her residency were women.

Spangler was glad for the shift, and the welcome she received into a field she loved. There was only one instance where she felt an attending doctor during a rotation during her residency looked down on her because she was a woman. Overall, though, she hasn’t felt singled out.

“Everywhere that I’ve worked, there’s always been other female physicians,” she said. In her current office, she serves alongside a female nurse practitioner and a male nurse. In her previous workplace, all physicians were female except one.

It was a similar experience for Kathryn Giorgini, DO, Medical Director of Palliative Medicine at Evangelical, and president of the medical staff.

“When I started medical school, it was already a really good time to be a woman in medicine,” she said. She estimates about 58 percent of her class was women. “Coming up through medical school as a woman, I was treated equally.”

Her dream to become a doctor began in Kindergarten.

“When I get something in my head, I stick to it,” she laughed. As she continued through medical school, she thought she wanted to be a pediatrician, but “took a 180” and is now focused on palliative medicine and end of life care – something very personal to her since losing her father to cancer when she was 25 years old. She spearheaded the palliative medicine program at Evangelical. Before that, she was the only female hospitalist serving alongside eight men on the hospital staff. Currently, there are two female hospitalists and four female physician assistant hospitalists.

“It is something that I always wanted to do,” she said. “It was never much of a question for me.”

Her first role in medicine, she says with a laugh, was as a candy striper. For a summer job, she worked as a nurse’s aide.

“That experience gave me incredible sympathy and insight into how hard our nursing colleagues work,” Leeming said. “I think that was when I said, ‘I’m going to go to medical school’.” She ended up pursuing a path in general surgery at a time when there were very few women in the field. But even then, in the mid-1980s, she found some great female role models in fellow residents and attending surgeons.

“I felt very comfortable,” she said. “I know that was not always the experience of women in surgery. I was always made to feel welcome, to feel that women have something different and unique to offer.”

She eventually specialized in breast surgery, where she especially noticed the benefit of being a woman.

“It’s an area that women, as patients, appreciate having a woman do that,” she said.

Keyser said she is thankful she never experienced “overt sexism” in her job. Occasionally, as a young woman surgeon she does encounter patients who struggle to accept her. She believes it’s because there is still a lingering stereotype of a surgeon as “a very distinguished old man with gray hair”.

But she takes it all in stride.

“Rather than getting angry, I just need to prove to these people that a woman is just as capable as a man,” she said, adding, “I think we can bring a much different perspective to the field of medicine. Women are often more caring, better listeners, more compassionate.”

Leeming agrees: “Women bring something unique, as they do to all professions, but particularly to medicine and to surgery…They should be at the table.”

Part of their unique contributions, she said, could be their innate ability as caregivers. But they are also more collaborative, she said, and teamwork is especially important in medicine.

Spangler said having females in medicine reflects the decision-makers in a family as well – wives and moms.

“Married men tend to see doctors for routine care more than single men do,” she said. “Wives are probably pushing them to do that. Women are more in tune with doing that kind of stuff.”

“Occasionally, I’ve seen a man who preferred to see another man,” Spangler said. “That doesn’t bother me. It’s nice to have that option there … I think that can also be good when women are having issues specific to being a woman and it’s nice to have another woman to talk to.”

The benefits that woman bring to health care is a major reason why Evangelical Community Hospital has put in place a strategic recruitment strategy aimed at hiring more women in order to meet the needs of the demographic they serve.

Currently, of their 2,000 employees, 1,600 are women. Fifty percent of their providers are women. Of their 96 physicians, 30 percent are women, and of their 88 advanced practitioners, 70 of them are women.

Of the 20 different practices, including primary care and specialty offices, that she oversees, Aucker said, “I have a female provider in every practice, with the exception of two. I am very proud of that fact.”

In addition, Aucker said, women are the primary health care decision-makers in their families and make up 80 percent of all buying and usage decisions in the home. So the workforce should reflect that.

“Smarter, original ideas are born when you have diverse perspectives,” she said. “You end up having better outcomes, more engaged employees, and more satisfied customers.”