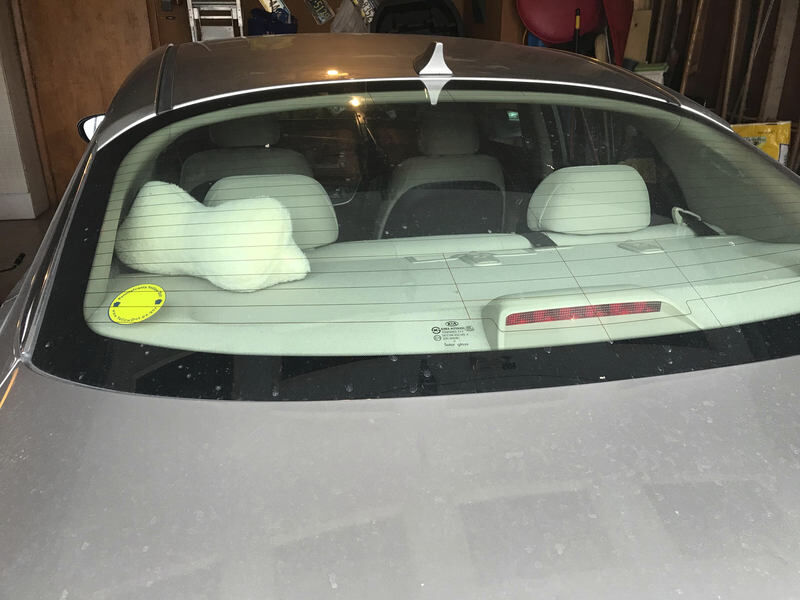 A Yellow Dot in the lower-left section of a car’s window can alert EMTs to check the glove compartment for a pamphlet holding health and contact information that can be useful in an emergency. 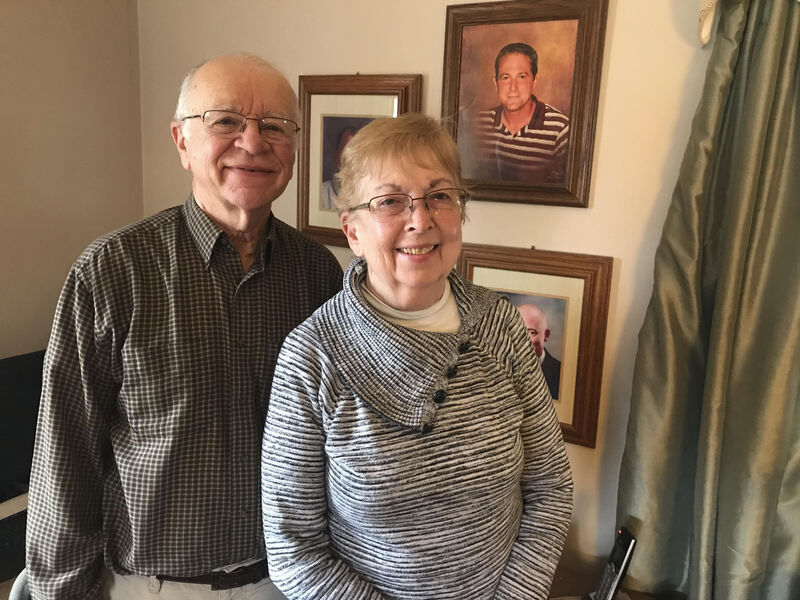 Tom and Miriam Milbrand, of New Berlin, stand by a photo of their son, Corey Milbrand, who was involved in a serious accident and listed as a John Doe for three days in Hershey Medical Center. 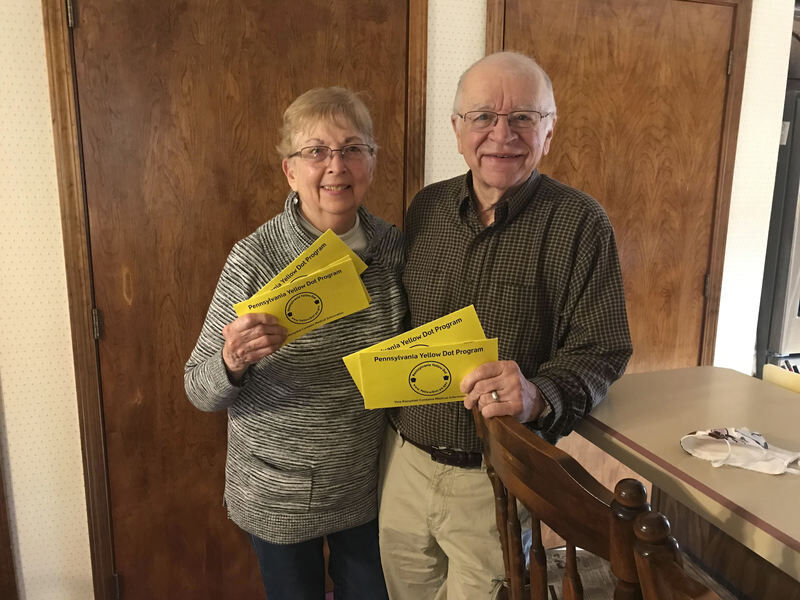 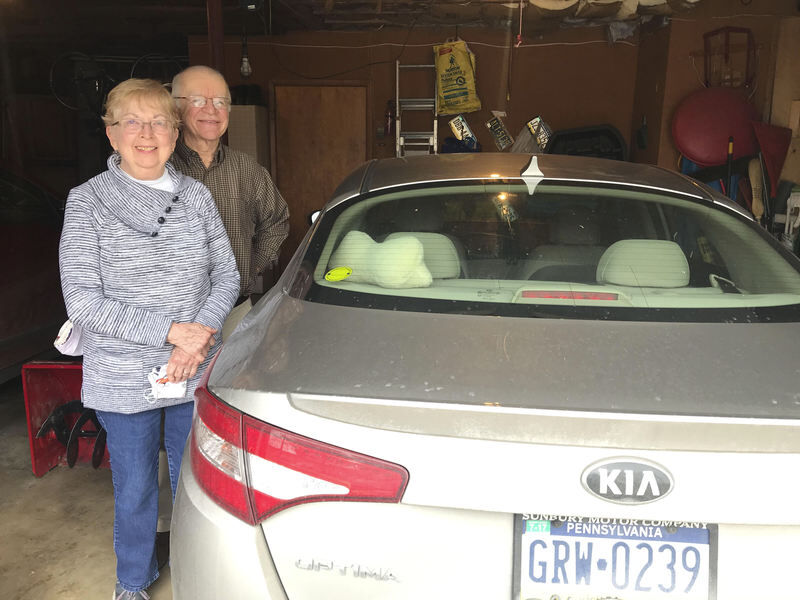 Standing by their car, Tom and Miriam Milbrand, of New Berlin, show the Yellow Dot in the rear window that can alert EMTs to check their glove compartment for health and contact information if there is an emergency.

A Yellow Dot in the lower-left section of a car’s window can alert EMTs to check the glove compartment for a pamphlet holding health and contact information that can be useful in an emergency.

Tom and Miriam Milbrand, of New Berlin, stand by a photo of their son, Corey Milbrand, who was involved in a serious accident and listed as a John Doe for three days in Hershey Medical Center.

Standing by their car, Tom and Miriam Milbrand, of New Berlin, show the Yellow Dot in the rear window that can alert EMTs to check their glove compartment for health and contact information if there is an emergency.

NEW BERLIN – While Corey Milbrand’s parents were angry at him for not coming home for Thanksgiving dinner in 2014, they had no way of knowing their 38-year-old son lay unconscious and on life support in a hospital bed, listed as a John Doe.

Corey had been involved in a horrific traffic accident. A simple Yellow Dot on his vehicle could have spared his parents three days of uncertainty and given Corey’s doctors three more days to more knowledgeably treat his injuries.

“Placing a yellow dot in your vehicle’s rear window alerts first responders to check your glove compartment for vital information to ensure you receive the medical attention you need,” as stated in the PA Department of Transportation Yellow Dot pamphlet.

“He was going to join us for dinner,” said Tom Milbrand, Corey’s father. “He said, ‘Yeah, I’ll be there.’ And then he didn’t show up.”

It wasn’t that unusual for Corey not to arrive when he’d promised, said his mother, Miriam Milbrand. But he had especially wanted to see his grandmother that Thanksgiving.

“We were trying to act cool about it, but we were angry,” she said.

It wasn’t until Friday morning that Pennsylvania State Police were able to track down the Milbrands and tell them what had happened.

“The accident happened on Tuesday night,” Tom Milbrand said. “He was a passenger in the car.”

The driver tried to pass a car on the right and clipped its rear side, causing that car to crash into a third vehicle while Corey’s car spun across Routes 11 and 15, south of Liverpool, and was T-boned by a tractor trailer, hitting Corey’s side of the car.

The driver of Corey’s vehicle suffered a broken leg. She hadn’t known Corey well but did remember he worked at Lowes. The store was closed on Thanksgiving Day, but after calling there Friday morning and learning Corey hadn’t shown up for work, the police were able to contact Tom and Miriam, who hurried to Penn State Health Milton S. Hershey Medical Center.

There they learned Corey had taken the brunt of the hit, leaving him with a shattered pelvis and hip, nerve damage to his knee, broken bones in his hand, forearm and ribs, a collapsed lung, lacerated liver, neck fractures and a concussion.

“His doctors said it was like putting Humpty Dumpty together again,” Miriam Milbrand said. “It was horrible.”

Adding to their pain was learning their son had lain in the hospital for three days, alone and unidentified. Corey’s wallet and phone were thrown from the vehicle during the crash and never located.

“He was John Doe, with a number. That was all they knew,” Tom Milbrand said. “They had a lot of things to do, and he was on life support and couldn’t speak for himself. Before they start pumping drugs into someone, they need to know.”

“They couldn’t do anything until we got there,” Miriam Milbrand said.

Had Corey Milbrand filled out a Yellow Dot pamphlet, EMTs and doctors could have had his contact information and, more crucially, his medical information. Available across the country, the Yellow Dot Program helps people who cannot communicate in the “golden hour” of emergency care following a traffic accident.

“The Yellow Dot can save precious moments when that information is needed,” said Kimberly A. Smith, safety press officer for the PA Department of Transportation, Engineering District 3-0.

She gave examples of a person using blood thinning medication or a person suffering a reaction to diabetes and explained that emergency responders can more quickly identify medical problems like these and others if they have a place to find this information, which they can then share with hospital trauma units.

Corey Milbrand spent months in the hospital and in a nursing home recovering from his injuries, though some elements lingered.

“He did have a lot of pain all the time after that,” Tom Milbrand said.

“It was four years of pain,” Tom said.

At some point, the Milbrands learned about Penn DOT’s Yellow Dot program and have been spreading the word ever since.

“That’s one of the main things that carried us through this,” Tom Milbrand said. “We’ve become crusaders, trying to tell everyone about this. We’re about the only people in Pennsylvania who know about this program.”

Despite the violence of the crash and the centrifugal force of spinning out of control, the rear window of Corey’s car remained intact. If first responders had seen a yellow dot there, they could have found valuable information for doctors and contact information for Corey’s parents.

“That’s why we decided, let’s not have this happen again,” Tom Milbrand said.

He and Miriam order bunches of pamphlets at a time and hand them out at their Silver Sneakers program at the Mifflinburg YMCA, their Sunday school program and any place they can think of. They scan rear windows of cars and are disheartened to see no yellow dots.

“I’ve probably given out 50 or 60 of these pamphlets to people, and still ours is the only car I’ve ever seen with this. Ours and our sons,” Tom Milbrand said.

The Milbrands’ two other sons, Kyle and Seth, live out of the area. Miriam Milbrand joked that if people do start using the yellow dots, she and Tom won’t be able to pick out their car in a parking lot — something the Milbrands would actually love.

The couple hopes to help other people avoid the pain of not knowing what a loved one is going through during a crisis.

“We think of him laying down there on life support for three days, and we didn’t know,” Tom Milbrand said.

“And we were mad at him,” Miriam Milbrand added, shaking her head at the sadness of not knowing how he was suffering.

The Milbrands marvel at how few people use the Yellow Dot program despite its simplicity and benefits. They would love to see yellow dots on every car in the parking lot.

“That’s the thing I don’t get,” Tom Milbrand said. “It’s totally free. It’s part of your tax money. And it’s so simple. It’s good for the person in an accident but also for people to help him. Because he can’t make decisions.”