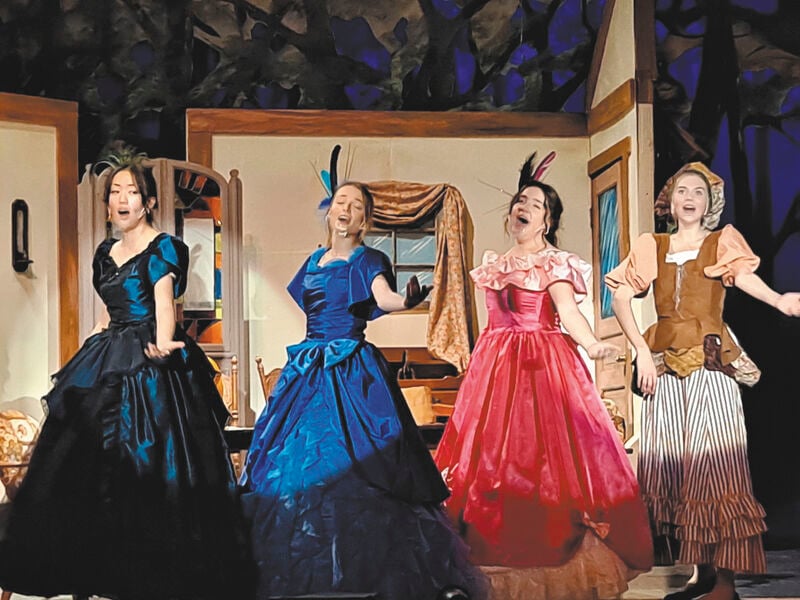 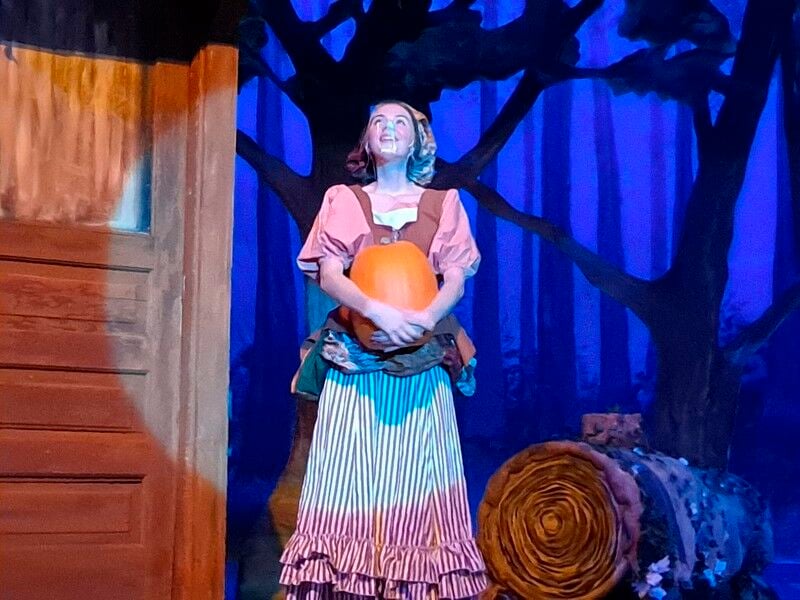 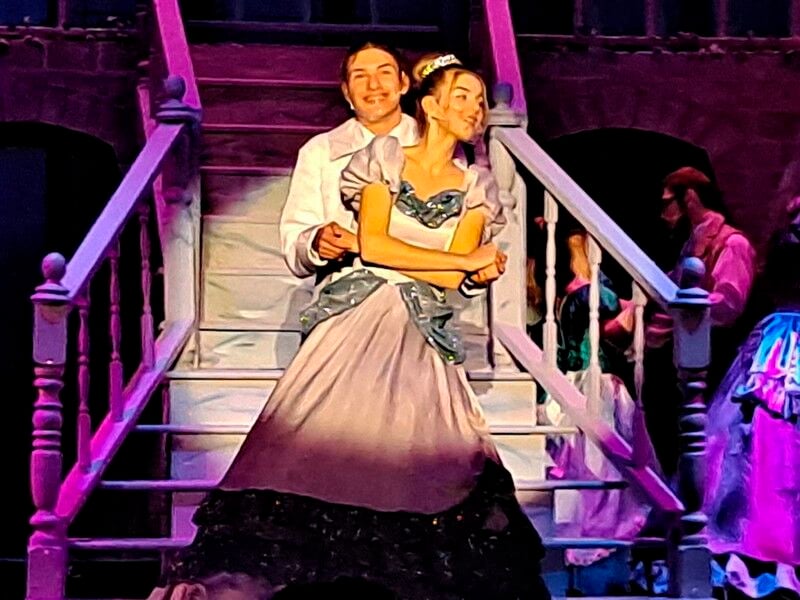 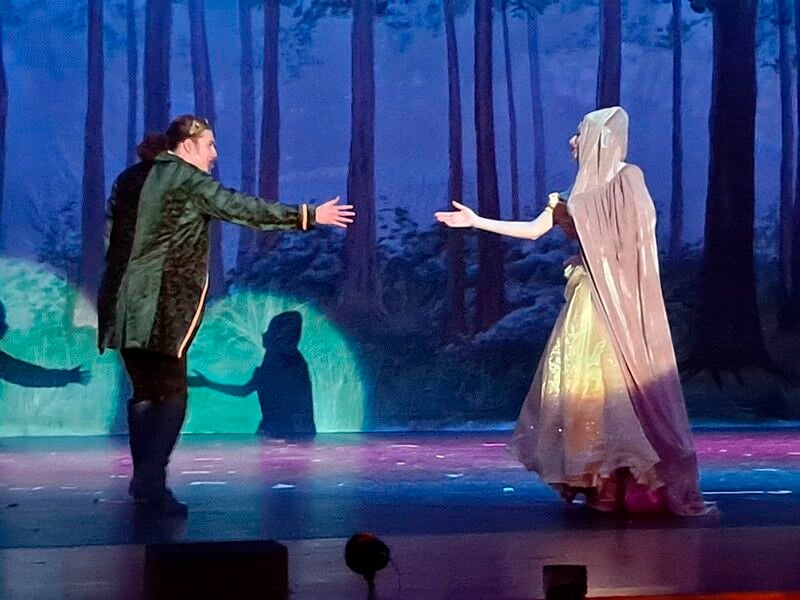 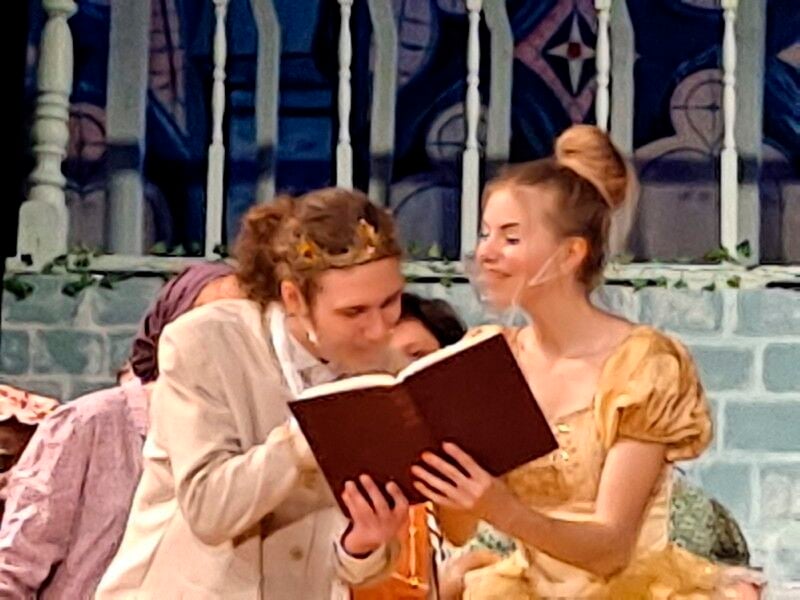 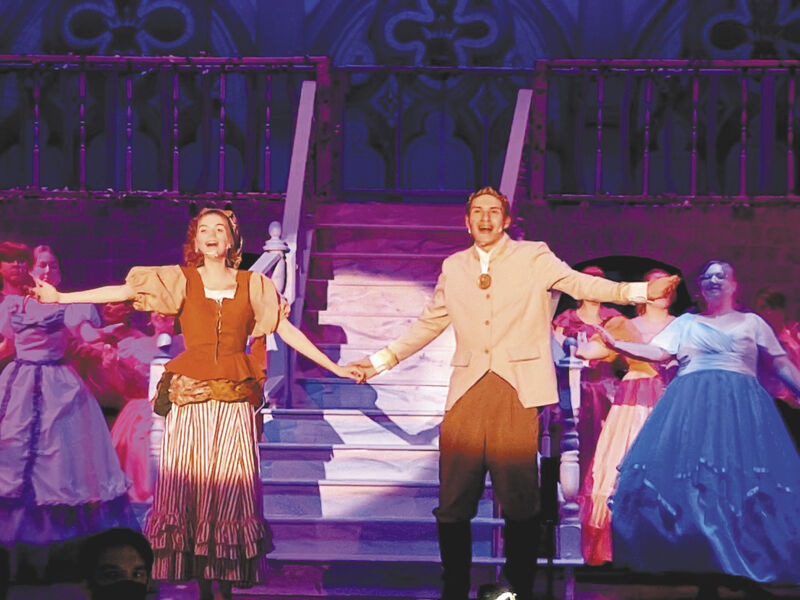 MIFFLINBURG — COVID has presented its fair share of challenges for students in extracurricular activities.

After months of preparing for their spring musical, students at Mifflinburg Area High School were hit with a schoolwide quarantine right as their show was ready to hit the stage. Thankfully, they were permitted to push back their production dates two weeks, and the show will go on.

Their presentation of Rogers and Hammerstein’s “Cinderella,” will be livestreamed at 7 p.m. April 8 - 10, via https://broadwayondemand.com/. More information, including links for each of the performance nights, is also available on the MAHS Drama Club Facebook page. Tickets are $10 for one person, $15 for two people and $20 for a family of three or more.

According to Patricia Wagner, lead director of the musical, the version of “Cinderella” that the students will be performing is one that was created for television and was later remade into a version that included Whitney Houston, Brandy, and Whoopi Goldberg. She said the version keeps with the classic Cinderella storyline, with a few minor parts that are different, and it also includes all of the classic songs that people have come to love.

Wagner said the production is something the musical department has been considering for the past couple of years, and this year seemed like the perfect time to offer it to the community.

“We have the right set of students, we felt, to do this particular musical,” she said, adding, “We also thought it would stream well, because everyone knows the story. It appeals to everyone.”

She said the production includes some “really great visual effects” and humor, and is familiar and family-friendly.

“We really thought it would be a positive experience for people that were watching it from home.”

The way the students have shown their excitement in preparing for the show is also proof that it was the right time to present it, Wagner said. She said even despite COVID setbacks, “They are in it 110 percent.” They were able to continue rehearsals via Zoom, and the students remained flexible and persevered throughout the winter in their preparation.

“The kids love this musical,” Wagner said. “They embraced it, they love the songs. It has been a positive learning and creative experience doing this musical.”

Senior Kiana Wenrick will be playing Ella (Cinderella) in the play, alongside fellow senior Carter Abram as Prince Topher. Both students have fallen in love with their characters, particularly the depth of their background and transformation they each experience as the plotline develops.

Wenrick said of Ella, “Even though she doesn’t always have the best life, it always works out in the end.”

It’s a good reminder for everyone to be positive and hopeful for the future, she said.

Wenrick said she connected with her character right away, especially in her similar effort to be kind to everyone and treat others fairly.

Though “Cinderella” is known for its fairytale romance, Wenrick said in this particular production, “There’s more to the story than just falling in love. There’s definitely some deeper meanings into the show that most people don’t know. There are a lot of political problems going on in the musical.”

Abram said the play really presents two storylines – one featuring Ella, and one featuring Prince Topher. He said it’s sort of like a figure-eight plot in which the two characters first meet at the start of the show, live out their diverse lives throughout the show, and then come together again at the ball in the end.

Prince Topher’s life, he said, focuses more on “political drama rather than the romance story that everyone associates with the classic Cinderella story.”

That, he said has made his character more of a challenge, but he has had a lot of fun preparing for the role. And he hopes he and his fellow cast and crew members will be able to pass that fun and excitement onto their audience.

“What we’re really trying to do is just show something happy to the audience,” he said. “It’s been a rough year. And (the show) is really funny. I hope people can laugh along, and smile at the big romantic dances.”

Wenrick and Abram were cast as the minor characters of the queen and king in last year’s production of “Shrek the Musical.”

Now in their first time serving as main leads, Wenrick said, “It’s nice to be paired up again.”

Several adults have also stepped up to make the musical even better, including building “amazing sets,” Wagner said, and incredible costuming. They have even been able to figure out a way to embrace the show’s beloved magical transformation of Cinderella from a plain village maiden to a princess, right before the audience’s eyes.

Wagner said they have all been working hard, as well, to achieve excellence in the singing and choreography parts of the production. As they have gotten closer to opening night, she said they have been extra vigilant to balance the stress behind making sure the students stay safe. In addition to remote rehearsals via Zoom, in-person practices required screenings and temperature checks. Students will also be performing with clear facemasks; according to Wagner, “you can barely tell they have anything on.”

Even though it’s always preferred that a musical be presented with a live audience, Wagner believes that the livestreaming will be top quality for viewers. Approximately three to four cameras will be on the stage, and student videographer will be toggling between them throughout the play. Views will include the entire stage as well as closeups of the actors and actresses.

One caveat is that viewers will need to have a good internet connection in order to livestream without technological issues.

The livestream will provide pre-show information including patron ads of businesses that supported the production, as well as biographies of the cast and crew.

“I think the people are going to enjoy it,” Wagner said, adding, “I would definitely encourage people to experience a musical from the comfort of their home.” It’s especially a great opportunity, she said, for relatives of the students who live far away and wouldn’t normally be able to view a production in person.

Through all of the COVID challenges, Wagner is thankful for the district administration’s continued support to assure that the musical will go on this year.

“It’s offered a sense of normalcy for the kids, which is great,” she said. “It’s been a really positive experience. We’re looking forward to it.”

After a delay due to COVID, Mifflinburg students performed their fall play, “It’s a Wonderful Life: A Radio Stage Play,” in December.