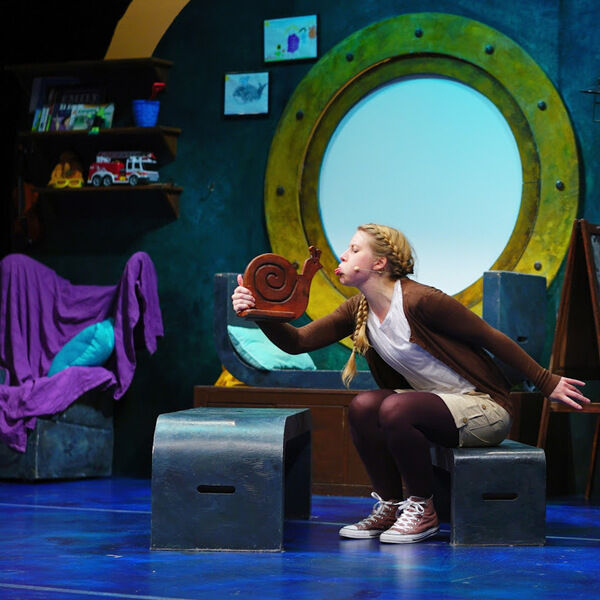 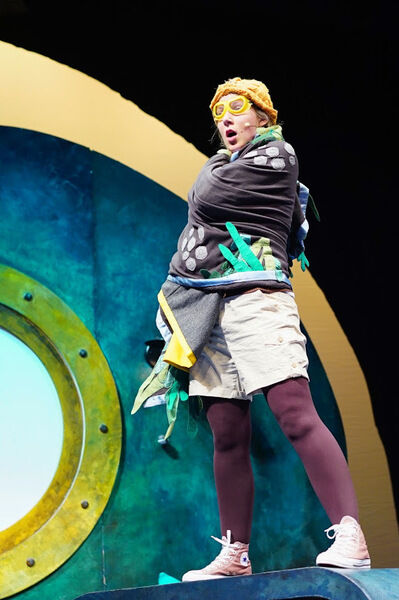 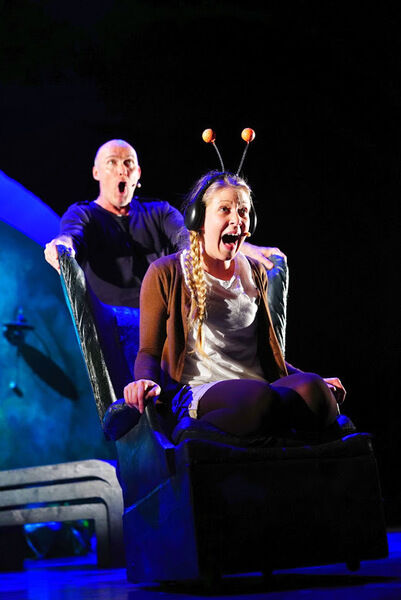 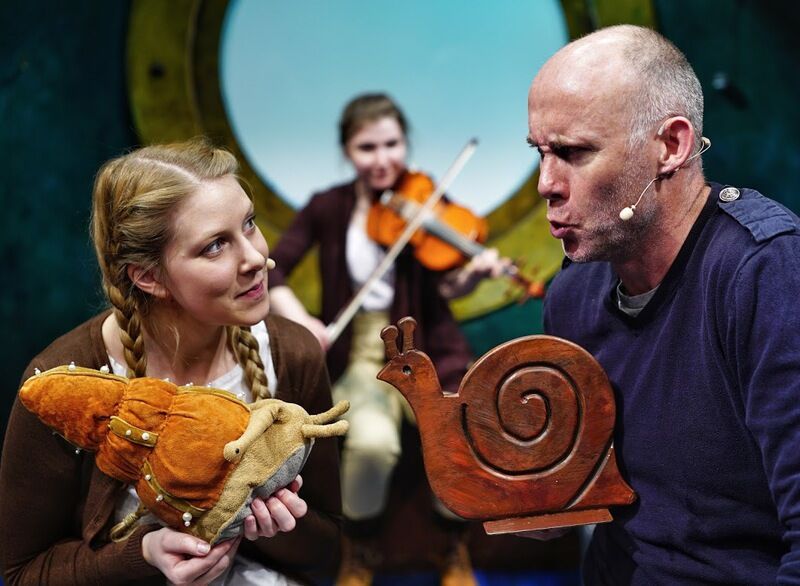 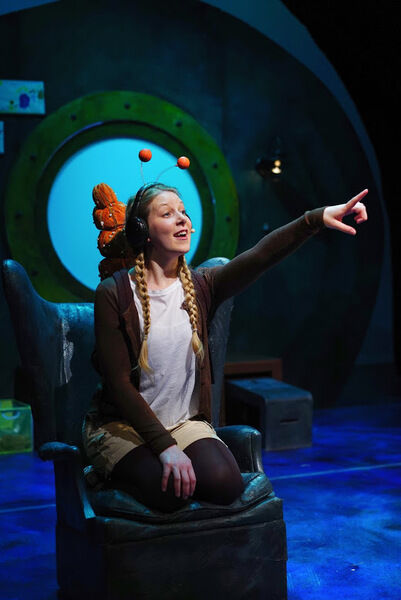 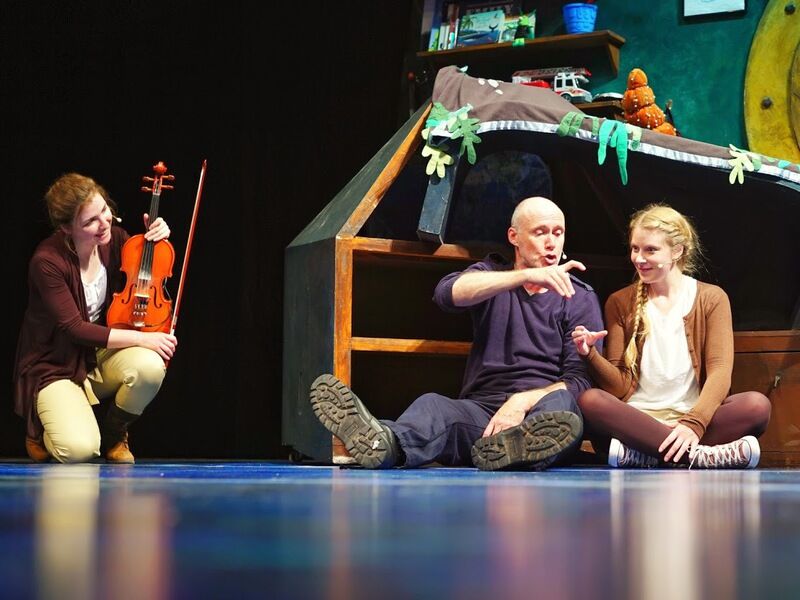 The Weis Center for the Performing Arts at Bucknell University will offer a streaming version of “The Snail and the Whale” Jan. 22 - 24.

The Weis Center for the Performing Arts at Bucknell University will offer a streaming version of “The Snail and the Whale” Jan. 22 - 24.

LEWISBURG – Children will have the opportunity to enjoy a delightful tale of friendship, courage and community — all from the comfort of their home.

The Weis Center for the Performing Arts at Bucknell University will offer a streaming version of “The Snail and the Whale” from Jan. 22 - 24 with unlimited access all weekend.

With a runtime of 60 minutes, the performance is suggested for ages 3 to 7 years or Pre-K through third grade. It is sponsored, in part, by Gary and Sandy Sojka. Gary Sojka is a former president of Bucknell University.

Inspired by the picture book by Julia Donaldson and Axel Scheffler, “The Snail and the Whale” tells of the amazing journey of a sea snail who joins with a great, grey-blue humpback whale to fulfill a dream of seeing the world. Told through “live cello music and singing, storytelling and lots of laughs,” the story follows the little snail’s dilemma when the whale gets beached: How can the snail save the big whale?

“A large part of the Weis Center’s mission is to bring world-class artists to Central Pennsylvania to celebrate the unique power and creativity of the performing arts,” said Kathryn Maguet, executive director of the Weis Center. “Due to the pandemic and the vast limitations we are experiencing in terms of being able to gather, the Weis Center strives to continue fulfilling this goal by offering virtual programs this spring.”

The Weis Center is known for bringing uplifting children’s shows to the area.

“Our audience includes families with small children who are looking for quality children’s and family programs,” Maguet said. “‘The Snail and the Whale,’ produced by the U.K.’s critically acclaimed Tall Stories, promises to be a perfect fit for families to experience a theatrical performance that combines entertaining as well as educational content. I encourage audience members to check out the ‘The Snail and the Whale’ resource link (www.holdenarts.org/thesnailandthewhale) that includes outreach and complementary activities, study guide and curriculum connections.”

As stated in Holden Arts’ website, “The Snail and the Whale,” won the 2004 Early Years award for the best pre-school book, the 2005 Blue Peter award for Best Book to Read Aloud, and the 2007 Giverny award for Best Science Picture Book.

“Weis Center audiences are familiar with the Tall Stories company. Their production of ‘Room on the Broom’ was on our series a few years ago. Tall Stories is widely considered to be one of the finest theatrical companies creating work for young audiences,” said Maguet. “The company takes its inspiration from the magical children’s book ‘The Snail and the Whale.’ This adaptation has received rave reviews and we can’t wait to share this work with our community.”

Lizzy Treacy, founder of Edinburgh Festivals for Kids, said Tall Stories produced this performance in the context of a father reading a bedtime story to his daughter.

“In this way, a little girl’s bedroom furniture magically transforms into a humpback whale, and a small cuddly toy called “Speedy” becomes the snail,” Treacy said. “We are whisked off on their journey, sailing round the world through a perfect ocean of words and song – and even a little bit of audience soaking interaction!! Visiting icebergs, volcanoes and then ultimately losing his way, the whale takes the tiny snail on a whole host of adventures.”

Maguet praised the Sojkas for their ongoing commitment to Bucknell University and the surrounding community.

“Through the very generous support of longtime Weis Center for the Performing Arts friends Gary and Sandy Sojka, we are able to offer this program free to the general public,” she said. “The all-weekend access allows audience members a high measure of flexibility to experience this performance.”

The performance is free, but registration is required. Contact the Campus Box Office by calling 570-577-1000 or online at www.Bucknell.edu/BoxOffice.