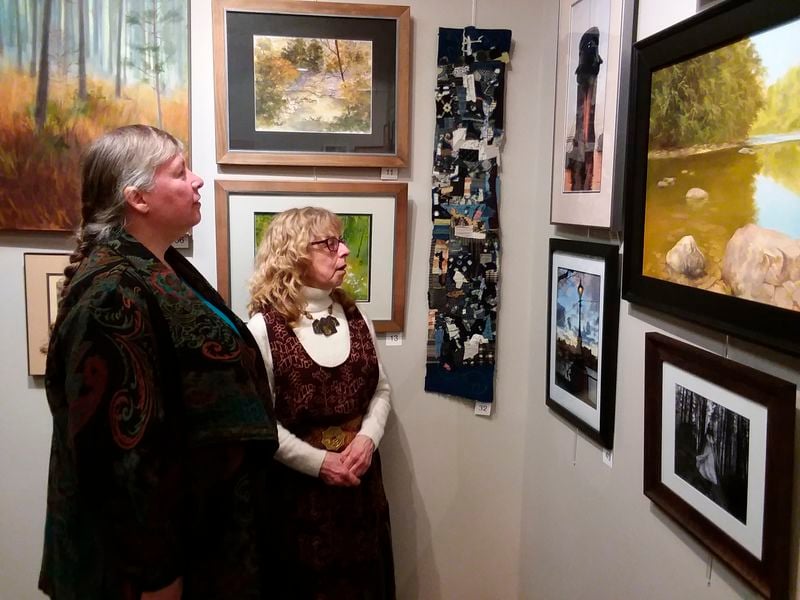 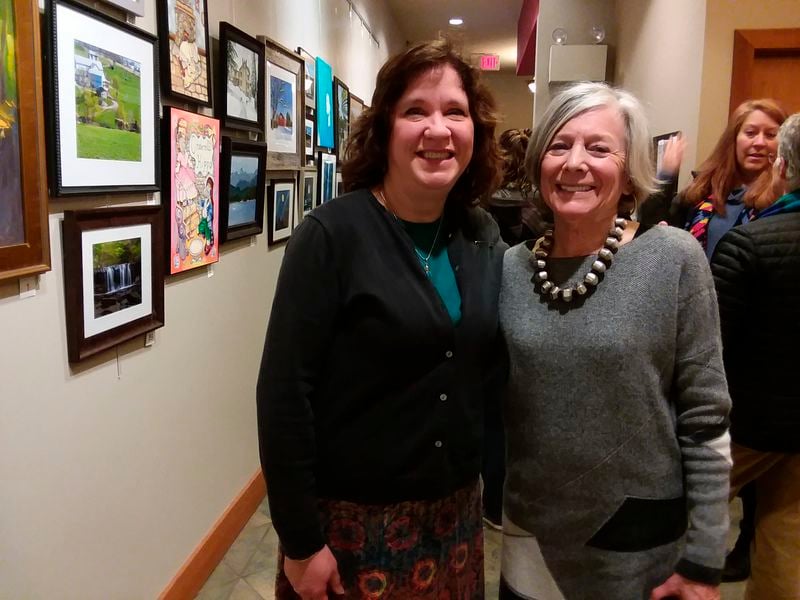 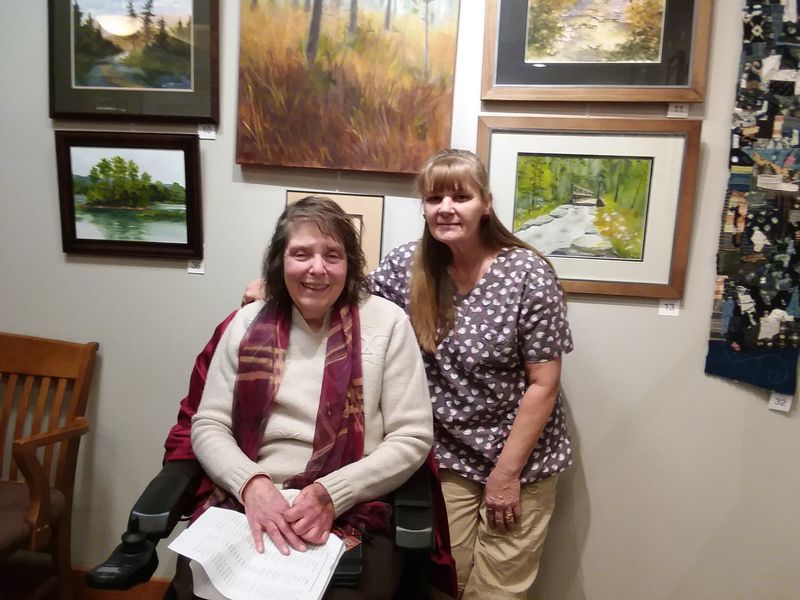 Richard Rinehart had just accepted a new job and arrived in Lewisburg the Friday night before the 2011 Celebration of the Arts. Downtown he saw volunteers setting up booths and banners.

“I was just so impressed at how alive it came with art,” said Rinehart, director of the Samek Art Museum at Bucknell University, in Lewisburg. “It most certainly influenced my commitment and my pleasure at having taken the job.”

Rinehart later heard the Festival drew about 5,000 people. The population of Lewisburg was 5,792 at the 2010 census.

“As far as I knew there was no other art show in the country that almost doubles the population of the town,” he said. “It really impressed me.”

That’s just one of the stories Lewisburg Arts Council members like to mention when noting how their promotion of art has benefitted the community.

Council members made the gut-wrenching decision late Tuesday night to cancel this year’s Celebration of the Arts due to recent government mandates prohibiting large group gatherings to help slow the spread of COVID-19, said Connie Timm, president of the LAC.

A press release read, in part, “The Lewisburg Arts Council is canceling the 2020 Celebration of the Arts and all associated events between April 24 and May 9. That includes the Lewisburg Arts Festival, Lewisburg Live!, the Plein Air Day, all exhibits, and all workshops.

“Needless to say we are very disappointed and know you are, too, but everyone’s health is of primary importance.”

“We’re all terribly disappointed, but that pales in comparison to keeping the virus at bay,” said Sara Kelley, past president of the LAC.

In January, Timm and fellow LAC members greeted more than 70 visitors to The 2020 Artists’ Guild and Photography Club Members Show at the Public Library for Union County. The exhibit featured artwork and photographs.

Kelley reminisced about her first Arts Festival when she and her husband ventured out with their new baby, and it took them all day to go from one end of the festival to the other — people kept stopping to talk and to coo over their daughter.

“The Visitors Bureau will tell you it brings in a lot of money,” Kelley said, “but it (also) brings people together. It provides a sense of community.”

“It’s the most visual statement of our existence,” Timm said.

The 51st Celebration of the Arts was set to take place in April, before the coronavirus forced its closing.

The celebration has grown to include the Arts Festival followed two weeks later by Lewisburg Live! In between, the LAC lets loose a host of workshops, exhibitions and events.

“I like the idea of everybody coming to town and sharing, being out on the street,” Timm said.

Lewisburg Live! wraps up the two weeks with bands performing in local venues.

“Wonderful, amazing performances, and it’s all free,” said Della Hutchison, volunteer coordinator with LAC. “We don’t charge anything because we want to make the arts accessible, because we know how important arts are for enriching people’s lives.”

Hutchison matches volunteers’ skills and time availability with the LAC’s needs and is passionate enough about it to ask to encourage interested volunteers to contact her at volunteer@lewisburgartscountcil.com.

The Arts Festival grew from the Lewisburg Civic Club, which in 1907 sponsored art exhibitions in club members’ homes. In October of 1968, the first Arts Festival was held, again with a gathering of artists in people’s homes, but it lasted an entire week and was such a success that it inspired the formation of the Lewisburg Arts Council the following year.

In 1971, the first outdoor Arts Festival was held in the M&T Bank parking lot, with some vendors set up on card tables and the Boy Scouts selling hot dogs. At some point in the 1970s, the festival took to the streets, where it’s been expanding every year.

“You’re surrounded by art whether you know it or not,” Kelley said. She mentioned people heading to the festival to buy jewelry, paintings or hand-crocheted items for a gift or to watch their child’s dance class. “You might not think of it as art, but that’s what you’re surrounded by in all art’s representations.”

The LAC hosts three yearly events: the Celebration of the Arts in spring, a Sidewalk Chalk Festival in July and Stroll Through the Arts in November. Additionally, for the past 24 years, it has taken over hosting Music in the Park, which was started by the Lewisburg Borough and provides free weekly concerts in Hufnagle Park from June through August. The LAC hopes the last three events can still go on as planned, starting in July.

“(Music in the Park) has helped make the park more the center of town, a gathering place,” Kelley said.

In Stroll Through the Arts, more than 50 regional artists display their work in downtown shops, and live music is performed at local taverns.

“It gives the public a chance to interact with the artist, and the artist a chance to show off their work, show how excited they are,” Kelley said.

Colored pencil and alcohol ink artist Barbara Baker is chair of the Artists’ Guild and helps with the Celebration of the Arts’ Plein Air Event. She and Hutchison couldn’t say enough about the LAC’s collaboration with other organizations, including the Merrill W. Linn Conservancy the Dale/Engle/Walker House, Lewisburg Garden Club and local schools.

“I think we have really become an art-focused community,” Baker said. “With so many art events that bring people to town, we have become a hub.”

“It’s good to have an organization that actively promotes art of all kinds,” said Mary Jane Hyde, who was the president of the LAC in the 1980s and taught after-school drama classes to area children.

She and her husband, Dan Hyde, spoke about the importance of promoting art in all its forms, including dance, theater, film, music and literature.

“I think it’s important to have art in order to have civilization,” said Dan, president of the LAC’s Photography Club.

“We could never do any of this if it weren’t for our amazing volunteers,” Hutchison said, emphasizing that LAC is entirely staffed and helped by volunteers in the community.

Local citizens appreciate LAC’s efforts, as evidenced by the number who turned out for their January show at the library.

“I’ve never seen so many beautiful photographs and paintings,” said Ruth Wallis, of Lewisburg. She pointed to a painting of a farmhouse in the snow. “I think they did a wonderful job. I am very envious.”

“I think it’s just amazing, the variety of everything,” said Sandra Kline, of Milton.

With the efforts of the Lewisburg Arts Council, Wallis sees more opportunities for art of all kinds.

“They are very exciting in Lewisburg,” she said of the LAC. “There’s lots of talent in Lewisburg. I think we’re a little art colony. We really are.”

Even though the Celebration of the Arts needed to be canceled this year, the Lewisburg art colony will do its best to bring it back next year.