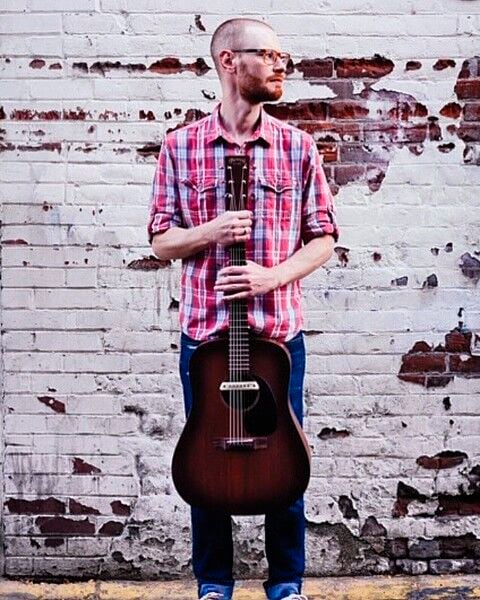 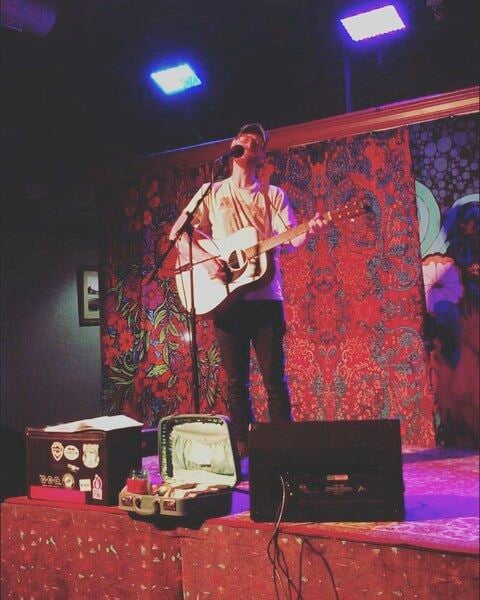 NORTHUMBERLAND – Singer-songwriter and musician Braden McDannell grew up on a farm in Bedford County, near Blue Knob State Park. It was there his love for music grew as well.

At age 11 or 12, he said, “I remember listening to my dad playing cowboy chords on his old Kay Imperial acoustic guitar. I come from a long line of artists and craftsman, and I suppose it was only natural that I took an interest in music and instruments in general.”

He calls himself an “avid collector of instruments and records.”

“My grandfather built and repaired instruments, so my dad had a bunch of old instruments he inherited around our house,” McDannell said. “So for me, it was only a matter of time.”

His early inspirations were bands such as Green Day, Nirvana and Stone Temple Pilots. Around the early 2000s, he said he started taking music more seriously when his father gave him his first electric guitar, and he started a band with his older brother.

For more than 16 years now, he has collaborated, created, and written music, and has performed in various acts across the country, playing the guitar, drums, harmonica, mandolin and banjo. For the last four to five years, he has pursued music as a solo artist. He describes his sound as a mixture of alternative, folk, and Americana, but says he owes much of his musical influence to classic rock, alternative, punk rock and hardcore music.

McDannell said he has pursued various career avenues during his life, and has worked in higher education for the past decade, “but music has always been that constant thing that I’ve needed to pursue no matter what other things were going on in my life.”

Now a Lewisburg resident, McDannell is quickly gaining a fan base in Central Pennsylvania.

“He’s becoming a local favorite right now,” said Jay Seidel Jr., owner of the Front Street Station where McDannell will be performing from 7 to 9 p.m. Saturday. He previously performed there in July, and Seidel said many people were requesting to have him back.

McDannell said his set will be a mixture of original and cover songs that he’s grown to love over the years, including artists like Tom Petty, Bob Dylan and Neil Young.

“Music that not only speaks to me, but I know others will dig as well,” he said.

His own songwriting is inspired by everyday life.

“Writing music is a complex thing, because you can’t wait for inspiration, you have to leave that door open 24/7,” he said. “So writing is always on my mind. I try to find inspiration in just being human. The ups and downs of life and that old cliché of love, anger, change, etc. – anything I can channel into a song I will try and do it.”

During his performances, he especially loves playing guitar and harmonica. Drumming has also been a consistent love for him. And he is always keeping his ears open for new sounds and styles.

“Music to me seems never-ending as far as what a person can learn, so it’s a continuous thing for me to pick up my guitar after hearing something that sounds cool or appealing and trying to learn it myself,” he said. “It’s all interpretive and singular in that way personally, which I think is cool.”

McDannell has been working on a new EP in his home studio, and said he hopes to have it available in a month or two. He is currently booking performances for the summer.

Seidel encourages the public to come out and experience Saturday night’s concert, along with a special Mardi Gras menu at Front Street Station, which will be offered from Ash Wednesday through Feb. 21.

“Come out and try to beat the cold weather with some Cajun food and some cool sounds,” he said.

Front Street Station will host a performance by John & Lou from 7 to 9 p.m. Friday.