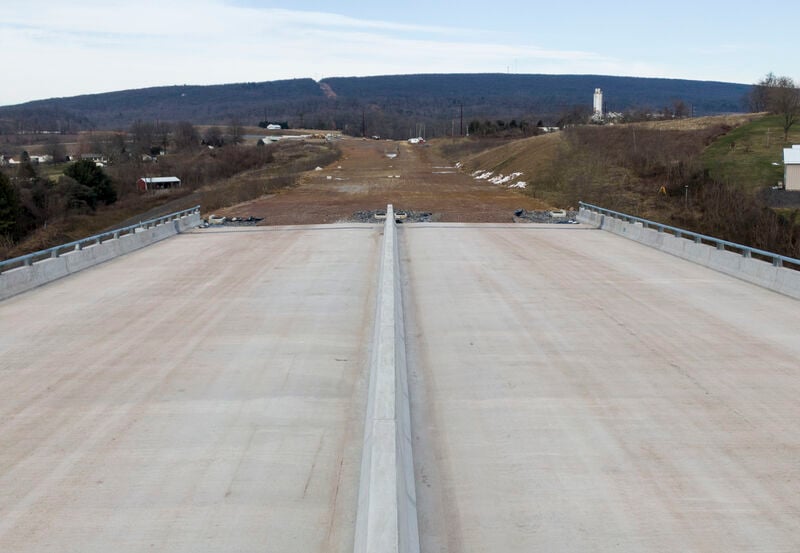 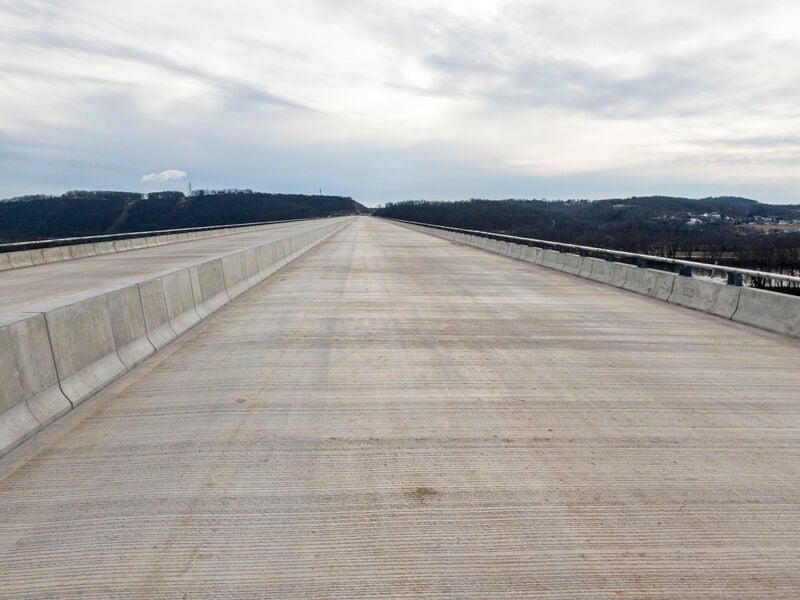 The $156 million bridge constructed 180 feet above the Susquehanna River is completed, having reached the milestone on Dec. 31.

The superstructure, measuring 4,500 feet in length, is not yet usable so drivers must wait until the northern section of the $865 million Central Susquehanna Valley Thruway project is finished next year, according to Ted Deptula, assistant construction engineer for PennDOT District 3-0. Deptula gave the update at the Greater Susquehanna Valley Chamber of Commerce's Transportation Committee meeting via Zoom on Friday.

"In the middle of the summer (of 2022), we'll have traffic running on it from Montandan over to Winfield," said Deptula.

New Enterprise over the summer will construct the pavement from Ridge Road in Point Township to the north side of the river bridge and then from the other side of the bridge to the Winfield interchange and ramps. In the fall and winter, they will prepare for 2022 to pave the wearing course, construct the lanes and realign Route 405 onto existing Route 147, said Deptula.

"At the end of the year (2022), barring any major catastrophes or COVID, we should have it (the whole southern section) open completely from Montandan to Winfield by Christmas time next year," said Deptula.

PennDOT assistant plans engineer Matt Beck said the final design of the CSVT southern section is making good progress. An internal review will start next month for the initial earthwork, he said.

A virtual meeting was held last month with local officials and emergency responders to follow up on input. Beck said the goal is to minimize the impact for the bus routes of Selinsgrove Area School District.

Furthermore, he said, PennDOT will be ready next month to submit waterway and wetland permits to the environmental waterways.

"Overall, we're on track working through all the major items," said Beck. "Work under the first construction contract can start next year."

Penn Township has agreed to accept the duties and responsibilities of a permanent traffic signal installed at the intersection of Mill Road and Route 204 outside Selinsgrove.

"That will be a great improvement," said Committee Chairman Joe McGranaghan, who is also the mayor of Shamokin Dam. "We should commend the township supervisors for being willing to take it on."