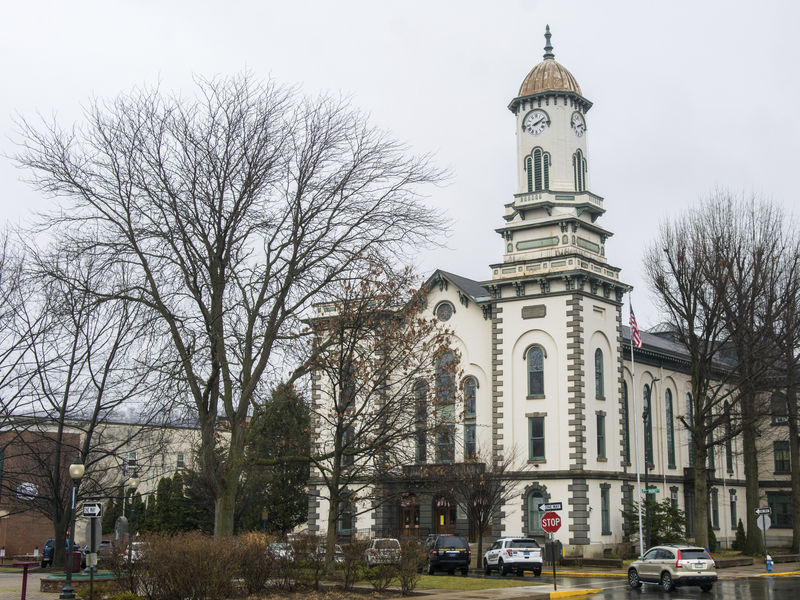 The Northumberland County Courthouse in Sunbury. 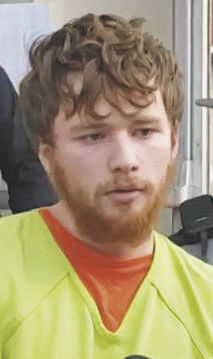 The Northumberland County Courthouse in Sunbury.

Accused murderer Jahrid Burgess said he wishes 3-year-old Arabella Parker could tell the story of what happened the night state police said the child was beaten so badly she died a month later from her injuries.

Burgess, 20, of Trevorton, who is being held at the Northumberland County Jail, spoke exclusively by telephone with The Daily Item.

Burgess sent a letter to the paper and requested the interview. He said he wants to go to trial immediately and he is willing to accept responsibility for not telling police and doctors what happened the night Arabella was beaten.

Burgess said during the recent phone interview that both he and Samantha Delcamp, 25, of Trevorton, his ex-girlfriend, and the mother of Arabella, know the truth of what occurred on Oct. 10, 2019, when Arabella was taken to the hospital after Burgess said the child had a seizure.

“There is no proof I beat that kid. Is a kid getting thrown into a couch getting beat to death?” Burgess told The Daily Item.

Northumberland County District Attorney Tony Matulewicz said he would not discuss the case, but has previously said in court he is also prepared and ready for trial.

No trial date has been set and Burgess is not scheduled for any pre-trial motions at this time. Delcamp is listed for a status conference in October. She is currently being housed at the Snyder County Prison, according to court documents.

“I want to go to trial on this right now,” Burgess said. “He (Matulewicz) doesn’t want a challenge.” Matulewicz was made aware of Burgess’ request to go to trial but the district attorney said he could not comment on the interview.

At trial, Burgess said he plans to dispute testimony from a Geisinger Medical Center doctor during the April trial of his mother, Christy Willis. Willis will spend up to 17 years in state prison after being convicted of lying to authorities about her knowledge of what occurred the night of the assault.

The child’s injuries were not made known to medical staff when the child was being taken to Geisinger.

If doctors were told the truth about the abuse Arabella suffered prior to arriving at the hospital, her chance for survival would have been greater, Dr. Paul Bellino testified during the Willis trial.

“I can’t believe him (Bellino),” Burgess said. “I have three different statements from another doctor and a coroner.”

Burgess said he went to the hospital with Delcamp the night of the incident.

“Why didn’t she (Decamp) tell them what happened when she was there?” Burgess said. “I will take accountability for my part, but why won’t she?”

Delcamp is also being charged with murder as an accomplice. Delcamp has testified Burgess beat the child and tossed Arabella into a sofa and struck the child on various occasions. Burgess says he has evidence that will show otherwise.

Burgess said he was speaking out without having permission from his attorney, Richard Fuedale, and Burgess said he hadn’t told his attorney he would be speaking to the media, but that he wants the public to attend the trial because they will hear the truth.

“It was a scary situation at the hospital and I was 19 years old,” he said. “I’ll take accountability for what I have done, why won’t she? Why is she pointing it at me? She’s playing the innocent one, but we will see at trial.”

The newspaper has requested to speak to Delcamp through family members but has not received a response.

Burgess also said his mother was “falsely convicted.” Burgess claims he called his mother for help on the night of the incident and that his mother called 911. Police say 30-minutes passed before a call to 911 was made, according to court documents.

Burgess was charged with homicide after Arabella died Nov. 22, 2019. The girl spent 44 days at Geisinger Medical Center before her death.

Matulewicz said Willis told various stories to law enforcement about the events leading up to the death.

Arabella suffered several severe beatings which led to at least 46 injuries and a surgical procedure to remove part of her brain, Bellino testified during the trial. He testified medical experts were told Arabella had a seizure and was on her way to the hospital.

Burgess said he wished Arabella was alive to tell the story that only he and Delcamp know.

“I miss her (Arbella)” Burgess said. “I sleep with a picture of her and me together every night.”

Matulewicz has publicly stated Delcamp was not and will not be offered any deals in exchange for testimony, but Burgess said the state will not be able to protect her from cross-examination.

“Delcamp knows what she did and I know what I did,” Burgess said. “We are ready to cross-examine her and we have eyewitnesses to the abuse.”

Delcamp, 25, testified during court proceedings that outside the hospital on the day of the incident Willis said she would tell law enforcement she was in the home and that Arabella had a seizure.

Delcamp testified Burgess threw the child up to four feet and she smashed her head off the ground before getting up and collapsing into a seizure. Delcamp also testified Willis waited 30 minutes to call 911 after arriving at their home.

Delcamp also testified she knew about Arabella’s abuse for at least three months and never reported it.

“She incriminated herself,” Burgess said.

Burgess, who said he is locked in his cell 22 hours a day, said he is unsure if he will take the stand in his own defense.

“It’s being discussed,” he said. “I just encourage people to come to this trial and hear the truth about what happened.”