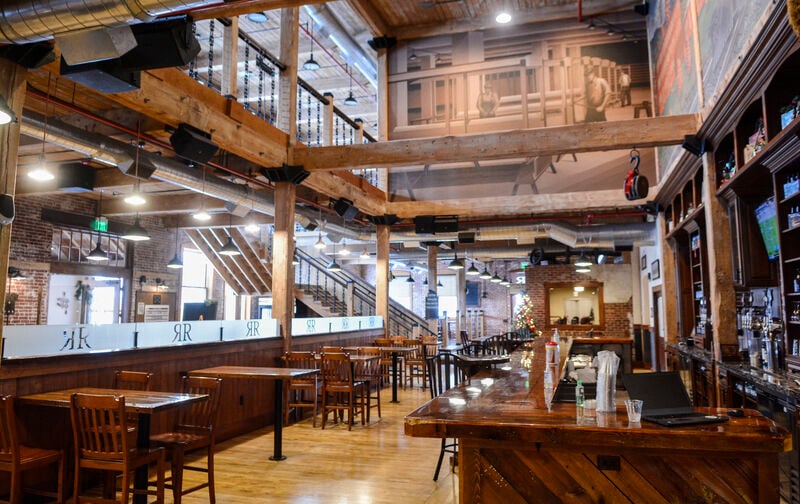 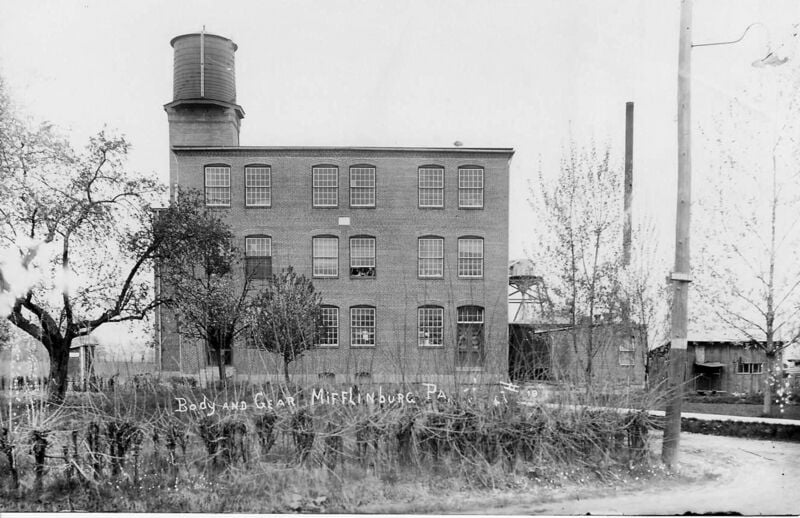 Photo Provided An exterior view of the former Mifflinburg Body & Gear Co. which is now home to the Rusty Rail Brewing Company. 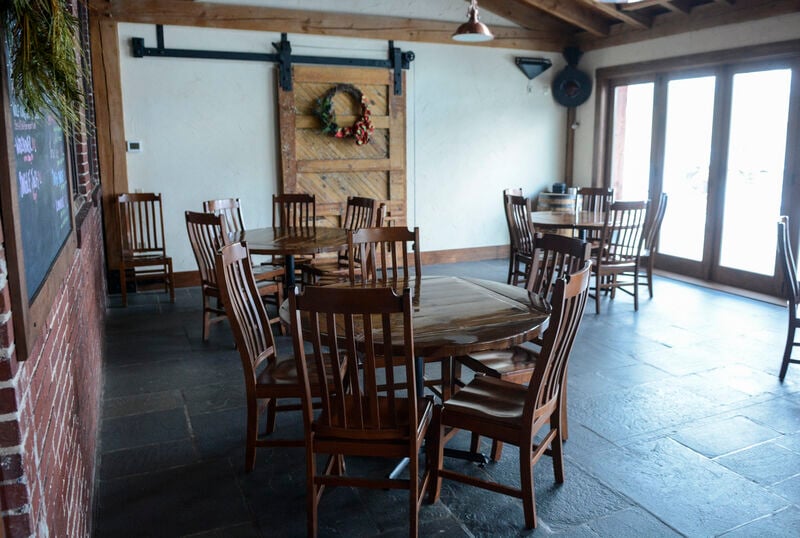 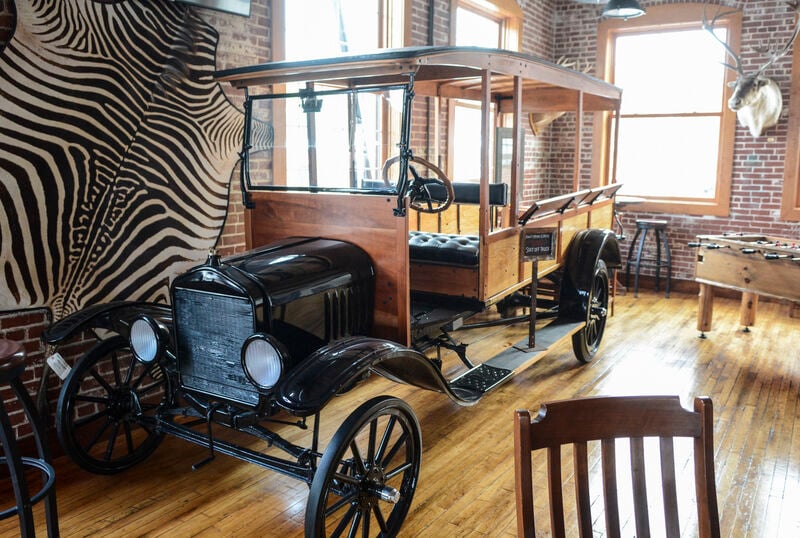 Robert Inglis/The Daily Item This car was manufactured at the former Mifflinburg Body & Gear Co. which is now the home of Rusty Rail Brewing. 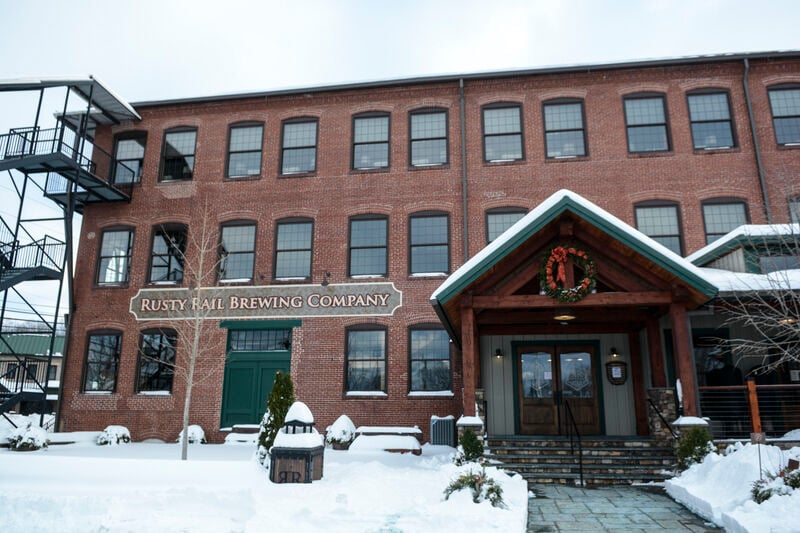 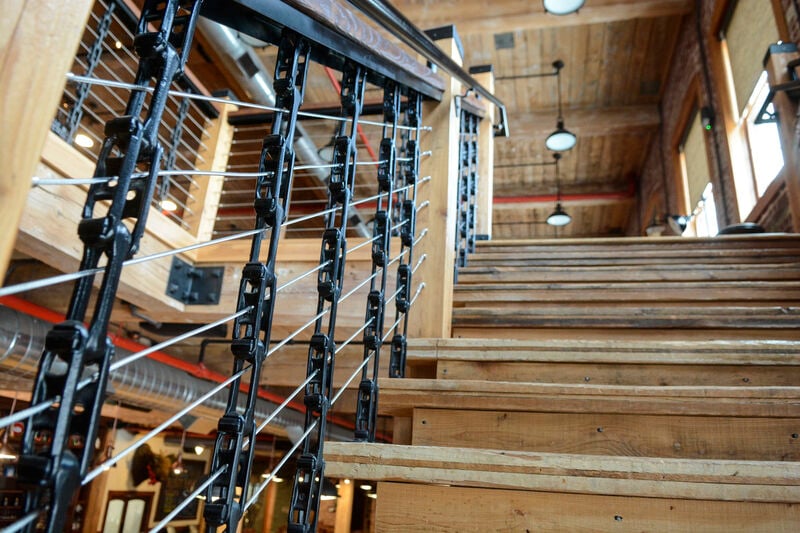 Robert Inglis/The Daily Item A portion of this hand rail at Rusty Rail Brewing in Mifflinburg is made of chains from the former Mifflinburg Body & Gear Co. 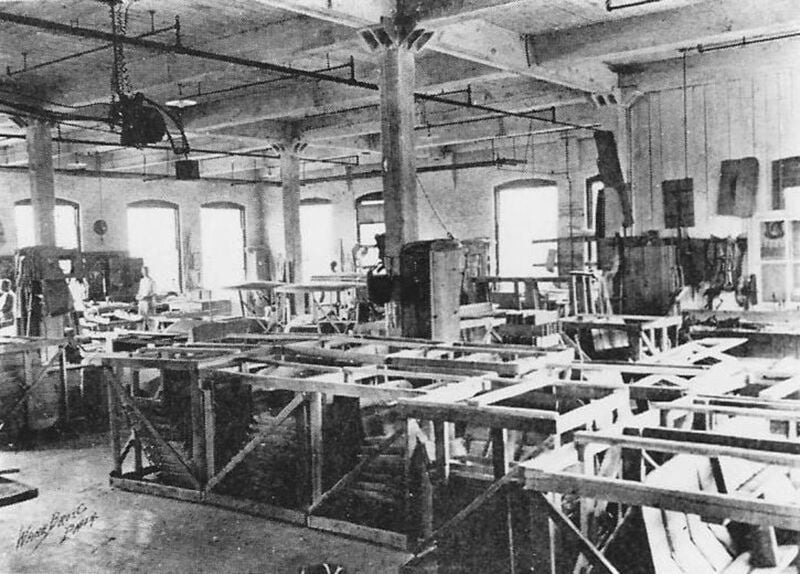 Photo Provided The body room at the former Mifflinburg Body and Gear Co. that is now home to the Rusty Rail Brewing Company.

Photo Provided An exterior view of the former Mifflinburg Body & Gear Co. which is now home to the Rusty Rail Brewing Company.

Robert Inglis/The Daily Item This car was manufactured at the former Mifflinburg Body & Gear Co. which is now the home of Rusty Rail Brewing.

Robert Inglis/The Daily Item A portion of this hand rail at Rusty Rail Brewing in Mifflinburg is made of chains from the former Mifflinburg Body & Gear Co.

Photo Provided The body room at the former Mifflinburg Body and Gear Co. that is now home to the Rusty Rail Brewing Company.

Editor’s note: This story is the second in a series about rehabilitation and repurposing of commercial properties in the Valley. Read previous stories in this series at dailyitem.com and look for a new story coming Monday.

The building is a landmark in the 1.8-square-mile borough in Union County and its transition as a premier craft brewery tourism destination marked its latest renewal.

“It’s a place where many people made their living for years and years. It was one of the biggest industries,” Mifflinburg Mayor David Cooney said. “Now that it’s repurposed, it’s basically a draw for anyone up and down the East Coast. They have customers from all over the place.”

Mifflinburg earned the nickname “Buggy Town” when, by the 1880s, dozens of shops turned out first-rate horse-drawn coaches. According to Rusty Rail’s own history section on its website, carriage seats were turned out of the “Silk Mill” building on the grounds at the time.

The firm would begin expanding the building within two years as its business grew. The factory turned out bodies for Chevrolet’s Four Ninety and Model G and Ford’s Model T. The plant employed about 300 people in the 1920s. A rail line ran right through the building for deliveries and shipments.

Matt Wagner, a local historian and board member with the Union County Historical Society, grew up two blocks from the factory.

“In our neighborhood and for the longest time, people simply referred to it as the Body Company. That name just stuck to the building,” Wagner said. “It was a major employer in Mifflinburg for a long time.”

In 2009, brothers Paul and Eric John who, then and now, operated Ritz-Craft Homes, purchased the plant. In two years, they dedicated about half of it for their line of building products under the name Legacy Crafted Cabinets.

That left the question as to what to do with the other half. The Johns chose to enter the craft brewing business and brought in Schrader, a residential contractor tabbed to lead the commercial building renovation.

The aim was to repurpose the building and preserve as much of its features as possible.

Its flooring, post and beam design and brick walls were kept intact. Beams that were cut out of the brewpub ceiling to incorporate the second story were repurposed for bar tops. Flooring materials that had to be cut away were used as stair treads or portions of the bar. Assembly chain left behind was welded and used as handrails throughout.

One barn door was kept as a decorative piece while another was used to create another bar top. They came across an old payroll vault with a safe inside that’s now on display in the lobby. Old doors discovered while working on sewer lines were restored and hung at the main entrance.

There weren’t any old trucks left behind from the Mifflinburg Body Company days, but a few built at the factory were found in the neighborhood. They’ve been restored and are set about outside for display. The building is decorated throughout with murals hand-painted by Rusty Rail’s own artist, Jef McGreevy, recreating photographs throughout the Buffalo Valley from a century ago including scenes from the building itself.

Production flows naturally through the basement as it did with other manufacturing, Schrader said. Elevators and ramps from the past remain useful, but the building itself isn’t the most efficient setup for a brewery.

“The biggest challenge was literally getting the equipment down there,” Schrader said of building the brewing system.

A portion of the floor above the basement was cut away to allow the brewery tanks to be stood upright. Then, the floor was re-installed. New flooring was added to the basement to help keep it clean but otherwise, that area is largely left intact.

Preston Boop, Union County commissioner, built firewalls at the building with his brother’s masonry company some 50 years ago, he said. The kitchen cabinets in his house were made by the Yorktowne company that operated there.

Boop lauded the John brothers, local residents who took the risk to invest in the building.

“These are people with local dollars that did this. It’s not a huge project from the state,” Boop said. “These people stepped up, bought a building for sale and repurposed it. My hat’s off to those folks.”

Of all the work done to revamp and preserve the building, its size might be the most impressive feature to visitors, especially first-timers.

“They walk in and they’re thinking it’s a factory. You walk in the main entrance and you see the murals and the opening to the area above, the fine cabinet work, all of the things we did that makes it look nice while keeping the factory look,” Schrader said. “The attention to detail is always something they comment on.”

Repurposing and revitalizing in the Valley