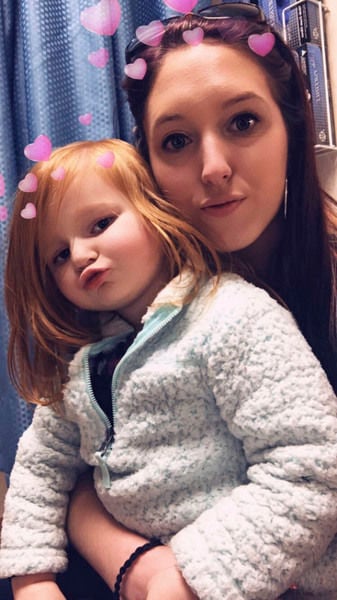 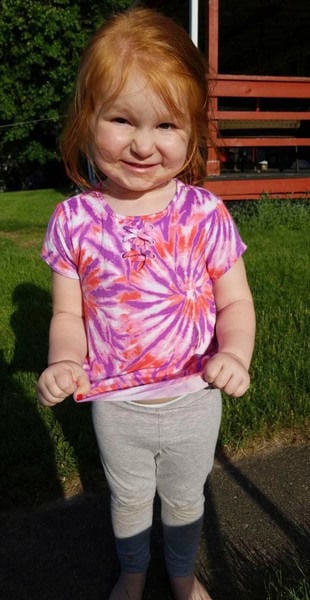 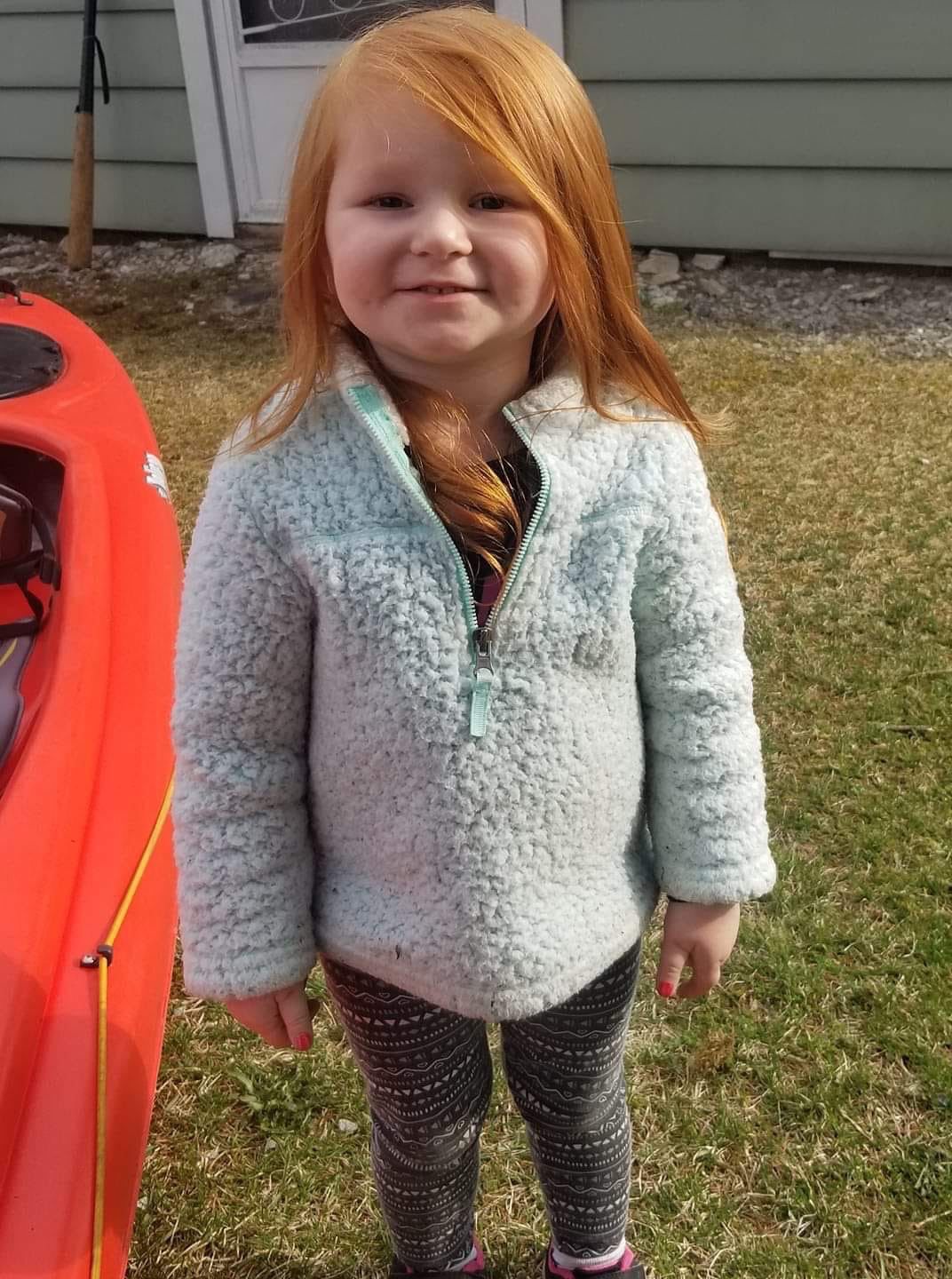 Arabella Parker smiles for a photo.

Editor's note: This story was updated from an earlier version to reflect that a woman who received a protection from abuse order against Jahrid Burgess was 2 months pregnant at the time.

Patterns of instability and repeated abuse cast shadows over Arabella Parker’s three years of life before the fatal beating she suffered in October.

What measures Northumberland County Children & Youth caseworkers took to protect Arabella so far remain largely unknown, as that information is mostly shielded by laws prohibiting the disclosure of details from child welfare cases.

Court documents, however, provide significant insight into the turmoil that pervaded many of Arabella’s caretakers.

A search of those records by The Daily Item this week revealed:

— She lived, for a time, in the same home as a convicted sex offender.

— She was traveling with her father, Karl Parker, when he crashed in a drunk driving accident outside of Sunbury in November 2018. He received a six-month state prison sentence less than two weeks before Arabella was critically injured.

— Her mother, Samantha Delcamp, was the subject of a child welfare case since at least May that remained open due to a high number of referrals.

— The man accused of inflicting Arabella’s life-threatening injuries on Oct. 10, Jahrid Burgess, 19, was subject to a Protection From Abuse order after he allegedly smashed his ex-girlfriend’s head on a vehicle dashboard in 2018, nearly one year before he coupled with Delcamp.

— Burgess subsequently stalked the woman, who was 2 months pregnant at the time. The one-year order expired just weeks before Burgess was arrested in Parker’s abuse — after the victim was denied an extension when she accused him of continued stalking.

— That PFA was active when Delcamp began dating Burgess in June, the start of a four-month relationship in which Delcamp claims she and her daughter were subject to repeated abuses. Delcamp, however, stands accused with Burgess’s mother, Christy Willis, of delaying medical care for her daughter after the final October assault.

— A grandmother, Bonnie Kahley, lost a custody battle that hardly began when she arrived late for a court hearing and saw her complaint dismissed a month before police say Arabella was beaten by Burgess.

— Kahley herself was punched by her husband, Nicholas, who was arrested by Sunbury Police, as Arabella lay hospitalized at Geisinger Medical Center last month.

After 44 days in the hospital, Arabella Parker succumbed to her injuries and died Friday. She was removed from life support Wednesday. Parker's aunt, Mandy Kegler, of Sunbury, followed a doctor's advice.

Kegler had been granted custody of Arabella at a hearing in Northumberland County Court last week.

"I am completely devastated over this. None of this should have happened," Kegler said. "I wanted custody of Arabella in case of recovery because I wanted to give her a good home."

Living with a sex offender

Northumberland County Children & Youth Director Katrina Gownley declined to comment on details concerning Arabella. Gownley did say if her office had received referrals about Arabella’s residency with a convicted sex offender, the agency would have investigated.

"We would automatically go out and see," Gownley said. "We follow all the rules and protocols we have in place."

Court records show Arabella lived with Harry Young, 76, of Milton, who served jail time for sexually assaulting Norman Gundrum in late 1992. She stayed at Young's home from October 2018 until May. Gundrum committed murder as a teenager, fueled by sexual abuse he experienced, and just recently was ruled eligible for parole.

Amanda Parker, 20, of Milton, Arabella’s sister, said she called Children & Youth to report that Arabella was living in Young’s home. This was in May, a month after Amanda Parker said she first contacted the agency to accuse Delcamp of neglect.

"I was furious that my sister was in that home," Amanda Parker said. "The fact is no one would listen to me. And Samantha would leave Arabella alone with him.”

Young attempted to speak on behalf of the imprisoned Karl Parker at a November custody hearing. Northumberland County Judge Hugh Jones denied his request. Kegler was granted power of attorney and full custody.

Four relatives of Arabella all say they contacted Children & Youth with concerns for the child’s safety — Amanda Parker, Kegler, Bonnie Kahley, and another aunt, Sarah Delcamp.

In a jailhouse interview Friday, Burgess claimed that caseworkers visited their homes in Sunbury and Trevorton weekly, sometimes twice weekly, for four months.

On the day Arabella suffered the fatal attack that caused 44 separate injuries, Burgess claimed a caseworker visited the home and checked on Arabella's welfare. The visit was at noon, Burgess said. The attack occurred at 9 p.m., police said. Burgess said he and Delcamp routinely lied to Children & Youth caseworkers.

Just how many referrals the agency received isn’t available publicly. Neither are the details of the allegations. However, a conference summary report from Bonnie Kahley’s failed attempt at court-ordered custody gives a glimpse.

According to the court document, an unidentified Children & Youth caseworker attended the conference.

“(The caseworker) indicated they have no concerns with (Delcamp) but have maintained an open case due to a high number of referrals,” the report states, adding that Delcamp accused her mother, Bonnie Kahley, of repeated false allegations to the agency.

The caseworker is unidentified in that court document.

From place to place

When Arabella was born Sept. 20, 2016, Delcamp and Karl Parker lived with their newborn together in Sunbury. They moved to Young’s Milton home in October 2018 and remained there until May, according to court records.

The couple split before Delcamp and Arabella moved to a Sunbury home with Burgess in late spring. They weren’t alone. Burgess’s friends lived there and allowed the new couple and young child to move in, Delcamp told The Daily Item before her arrest. She said there were four other adults living there at the time. Burgess, Delcamp, and Arabella lived in the attic, Burgess told The Daily Item on Friday.

Repeated visits by police and Northumberland Children & Youth caseworkers — including one instance where, Delcamp said, Burgess forced her and Arabella to hide from officers in an attic — caused the couple to move to their own apartment in Trevorton.

In a second visit by Sunbury police, Samantha Delcamp said she met with officers and admitted she did not tell the truth about the abuse. Sunbury Officer in Charge Brad Hare said police made a report and it is now part of the state police investigation.

Delcamp accuses Burgess of extreme abuse at every place they lived. For his part, Burgess told police that Delcamp was also abusive.

Both Burgess and Karl Parker also accuse Delcamp of substance abuse. On Friday, Burgess claimed Delcamp abused marijuana and became angry whenever she ran out.

"Sam (Delcamp) would get mad and if I had to do something different that night I would have gotten her, her weed," Burgess said Friday. "Or I would have taken Arabella or went for a walk."

Burgess admitted in Friday's interview that he physically abused Delcamp and also slapped Arabella in the months leading up to the Oct. 10 assault. However, he denied inflicting the injuries that killed the child.

Records show that Burgess' own childhood showed a history of domestic violence. Willis, Burgess' mother, received PFA orders against Burgess's father, James. In one petition from 2010 when Burgess was 10 years old, court documents show the father admitted to being abusive, violated past protection orders and threatened to kill Willis.

Karl Parker remains in state prison. When Arabella suffered her fatal injuries, Parker wrote a letter to Northumberland County Court supporting Kegler's custody petition. He was adamant in the letter that such custody be temporary and upon his release, he said he'd resume an active role in raising her.

"My guilt is not being physically there for my daughter to protect her," Parker wrote in the Oct. 24 letter. "And what Samantha has been unable to see is the decisions she made put her addiction and paramour above our daughter."

Kegler said she will not just stop fighting for Arabella since she passed.

"I will continue to fight for justice," Kegler said. "I don't want to see anything like this happen to any other child."

Kegler said she will speak to Northumberland County District Attorney Tony Matulewicz and will work with him in any way to make sure those responsible are held accountable.

"I don't care who the person is," Kegler said. "I want answers and I want to make sure those that were around Arabella no matter who they are brought to justice."

Kegler said she stopped talking to her sister and has no time for Burgess.

Northumberland County District Attorney Tony Matuelwicz said during court proceedings for Burgess that if Arabella was to die, Matulewicz would file homicide charges in the case. Matulewicz did not say whether or not Delcamp or Willis would face additional charges.

UPDATE: This story has been updated to include comments and information from the coroner.