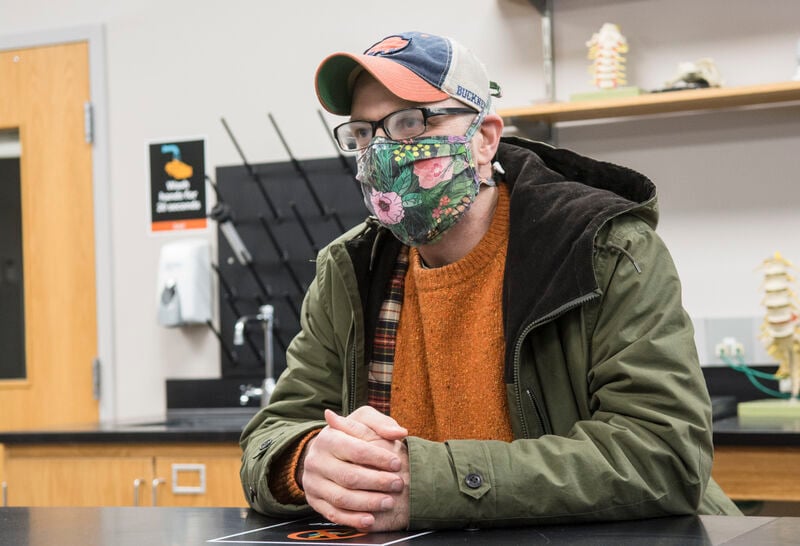 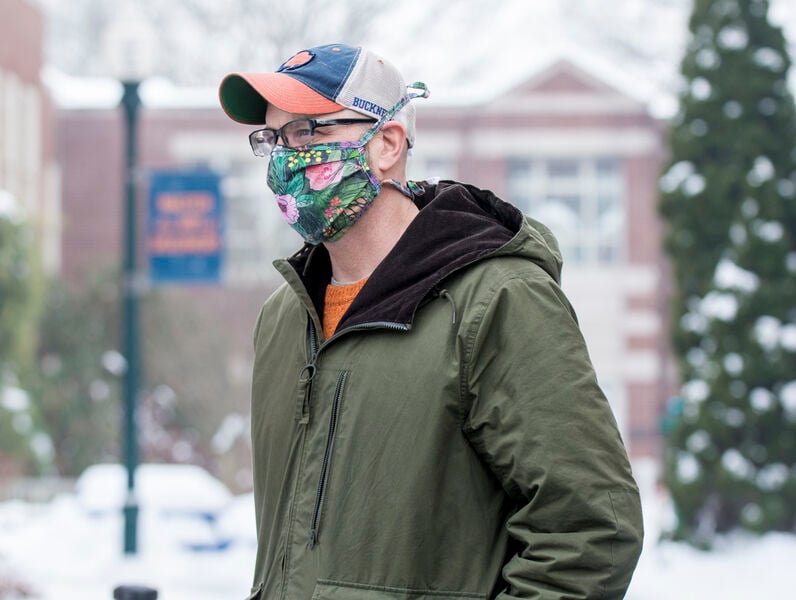 LEWISBURG — Bucknell University Botanist Chris Martine said he has no idea where he might have contracted COVID-19.

The 48-year-old David Burpee Professor of Plant Genetics and Research said he and his family took the necessary precautions—wearing masks, keeping socially distanced, avoiding large gatherings — but he still tested positive on Nov. 7. He theorized he might have picked it up somewhere on campus or at the grocery store.

"It's still a mystery," said Martine. "We've been one of those families who have been super careful. We've barely seen anybody since last spring. We haven't gone anywhere, we haven't visited family, we're wearing a mask all the time. Somewhere along the line I still managed to pick it up."

Martine, who received COVID tests from Bucknell every seven to 10 days as he taught in-person classes during the fall semester, was never hospitalized. His symptoms included exhaustion, fatigue, aches and pains and he felt like he had asthma, making it difficult to catch his breath. He didn't have a fever, loss of taste or loss of smell.

"It was a lot of work," said Rachel Martine. "We were lucky to have a room with a bathroom attached. We moved the TV in there for him so he had entertainment."

They created a group chat and named it "room service" so Chris could contact them about things he needed. They dropped off his meals at his door and took extra precautions when they were cleaning his dishes.

Chris Martine continued to teach virtually throughout the quarantine, but he barely did anything else but sleep and watch documentaries and Netflix. Just those few hours of teaching was enough to exhaust him, he said. He worried every day whether he would develop more severe symptoms and he said he still experiences fatigue and headaches weeks later.

Martine said he feels grateful he didn't develop any other severe symptoms. He doesn't want his "milder case" to influence those who aren't taking the pandemic seriously, he said.

"I know people who had much worse symptoms," he said. "I've had friends who lost family members. That's real. Through some luck of the draw, it didn't hit me as hard as others. That's the scary part. You don't know how it will affect one single person."

Martine still wears masks and encourages others to do the same.

"Even if I'm in a window of being resistant to this, I don't want to cause anyone around me any additional anxiety or worry," he said. "The least I can do is continue to wear it so I don't cause any stress for the people around me."

Before students arrived on campus for the fall semester each had to present two negative COVID-19 tests to school officials. Other initial safety measures include takeout meals, limited classroom sizes and routine cleanings across campus. Later, the university — like Susquehanna — required students returning to school to sign a document saying they agreed to adhere to the school's COVID-19 protocols. Failure to adhere could result in sanctions, including expulsion.