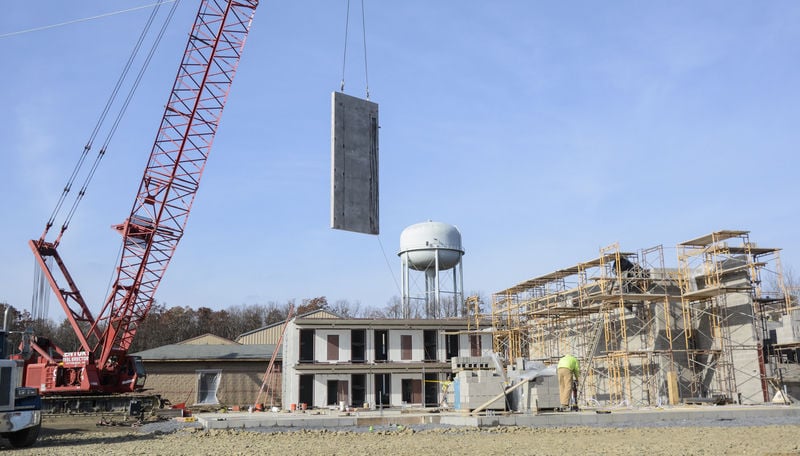 A crane moves a wall into place at the new Northumberland County Prison on Wednesday afternoon. 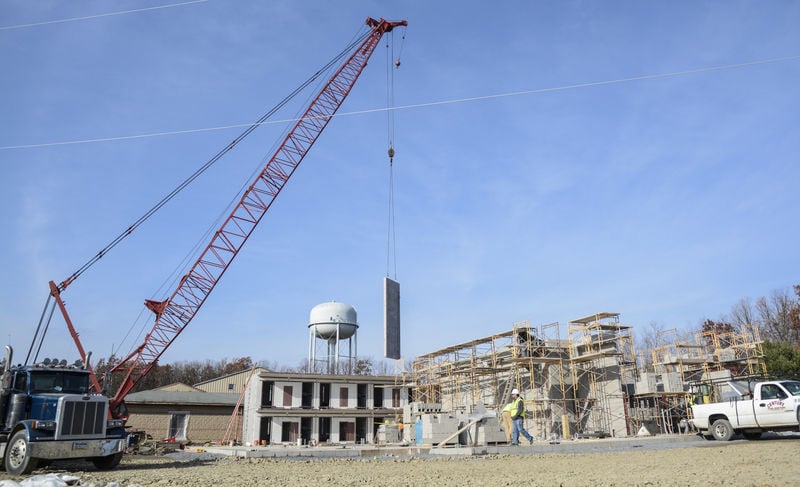 A crane lifts a wall into place at the new Northumberland County Prison on Wednesday afternoon. 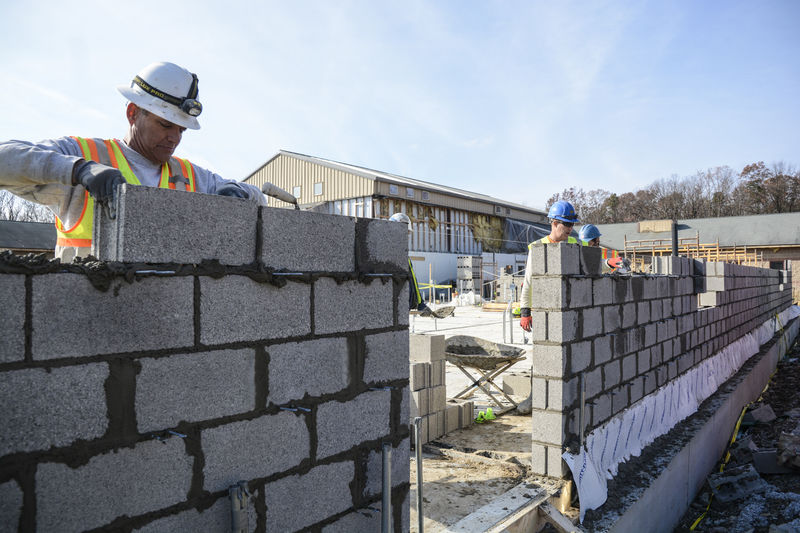 A crane moves a wall into place at the new Northumberland County Prison on Wednesday afternoon.

A crane lifts a wall into place at the new Northumberland County Prison on Wednesday afternoon.

COAL TOWNSHIP — The first cells for the future Northumberland County Prison were lowered into position by several large cranes at the construction site on Wednesday.

The goal is to have a roof over the new facility before the first snowfall of the year, so crews can work inside for construction and renovation over the winter months. At least eight cells will be placed daily with all expected to be placed by the beginning of December, according to county Commissioner Sam Schiccatano.

"If we're blessed with the weather we have been blessed with, maybe we will be under roof by the end of the year," Schiccatano told the prison board members on Wednesday.

The $29 million prison is set to open in June 2018. The project is on track to reach that goal, Schiccatano said.

The commissioner also told the prison board members that a lease agreement with Gaudenzia Inc. for a creation of a detoxification and rehabilitation program at the site is being negotiated. In the meantime, the county is allowing Gaudenzia to come into the campus to fix up one of the buildings while a lease agreement is being negotiated. Gaudenzia assumes all risk and the county will not reimburse the organization if the two entities cannot come to an agreement.

Gaudenzia operates 151 drug and alcohol treatment programs for men and women in Pennsylvania, Maryland and Delaware. Services include specialty programs for pregnant and parenting mothers, adolescents and people suffering from co-occurring mental illness and substance abuse.

The program will be located at the first big building on the way up the road to the future prison, which is "fairly separate" from the correctional facility, said President Judge and Board Chairman Charles Saylor.

"I'm glad to hear about the progress," Saylor said.