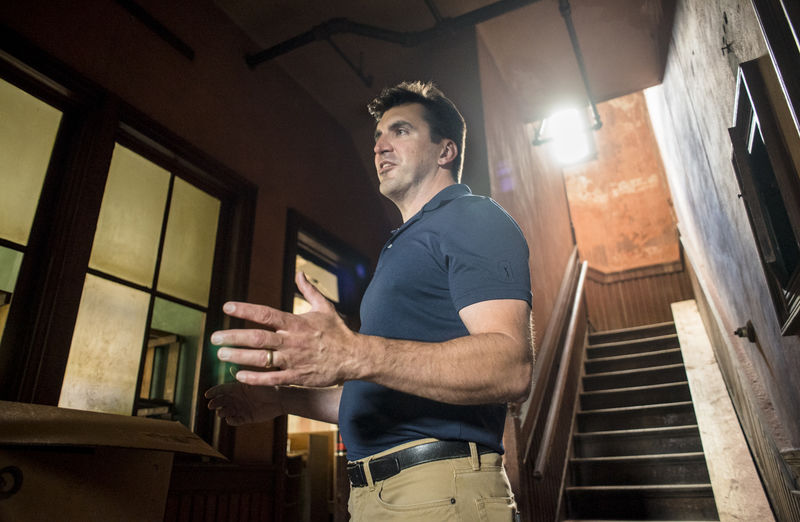 Robert Inglis/The Daily Item Developer Andrew Twiggar expressed his optimism in the redevelopment of Shamokin while standing inside the old Jones Hardware building Friday afternoon on East Independence Street that he recently purchased. 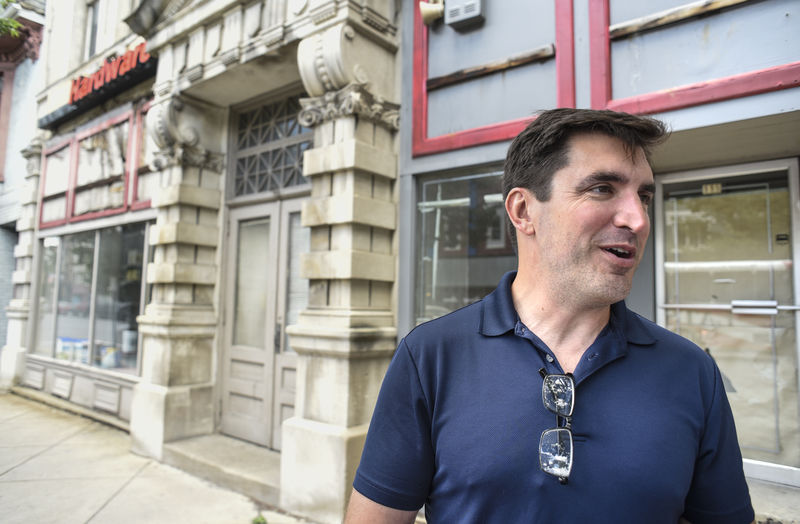 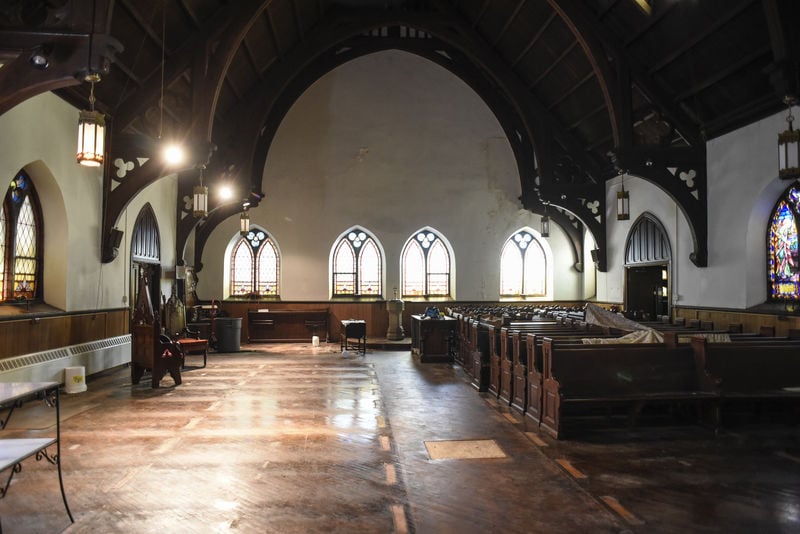 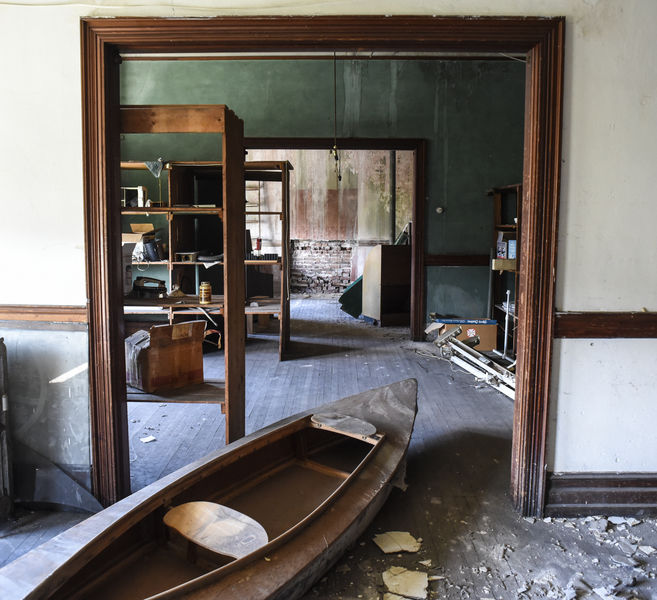 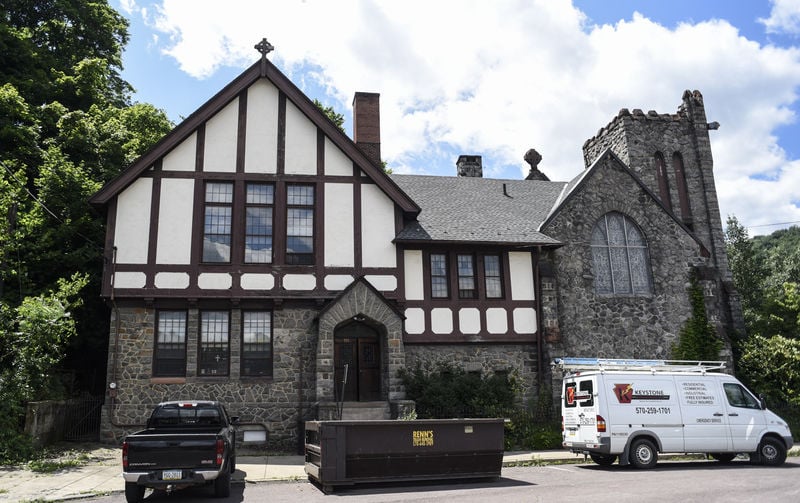 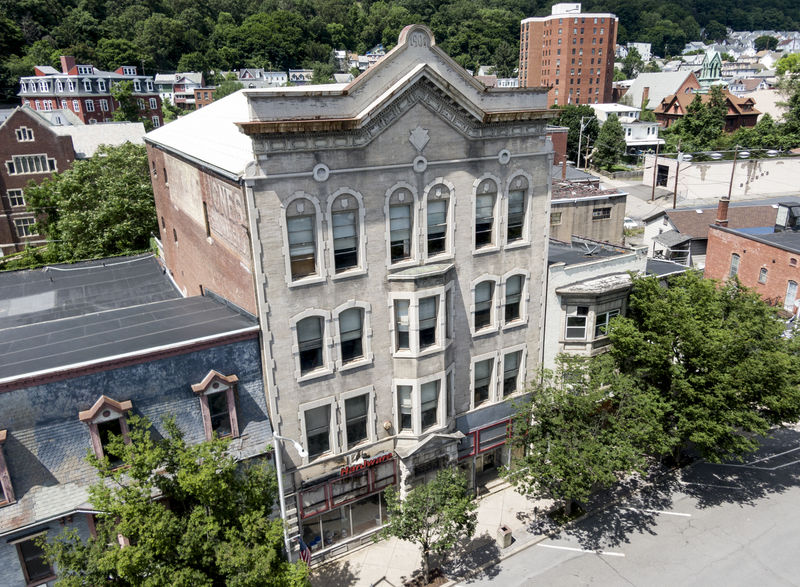 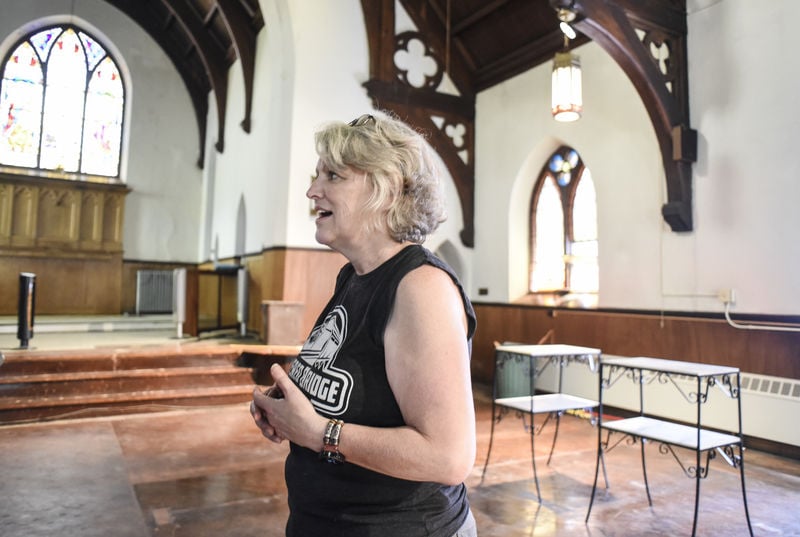 Robert Inglis/The Daily Item Kathy Vetovich stands inside the former Holy Trinity Episcopal Church in Shamokin that she recently purchased and has plans to develop into a multiple use facility.

Robert Inglis/The Daily Item Developer Andrew Twiggar expressed his optimism in the redevelopment of Shamokin while standing inside the old Jones Hardware building Friday afternoon on East Independence Street that he recently purchased.

Robert Inglis/The Daily Item Kathy Vetovich stands inside the former Holy Trinity Episcopal Church in Shamokin that she recently purchased and has plans to develop into a multiple use facility.

SHAMOKIN — Andy Twiggar and Kathy Vetovich say they believe Shamokin is on the cusp of an economic turnaround and each closed this month on a historic building to invest in the city’s revitalization.

Twiggar’s firm paid $90,000 for the former Jones Hardware building along Independence Street in the city’s downtown. He eyes a multi-million investment to transform what had long ago housed a Thomas Edison electrical plant into a retail space at ground level and a boutique hotel in the three stories above.

Vetovich and her husband, Sam, bought the former Holy Trinity Episcopal Church on Lincoln Street for $1, saving $100,000 for the leaders of the former church who planned its demolition on an assessment that is was structurally unsound, she said.

The Vetovich’s envision a multi-use property including a coffee shop and book store, bed and breakfast and a welcome center. Tens of thousands visited the church beginning in 1977 on the belief an image of Christ was visible in a tabernacle veil on the church altar. It closed in November 2017.

Twiggar and Vetovich each say the investments are inspired in part by the growing success of the Anthracite Outdoor Adventure Area (AOAA).

“I wouldn’t be here without it,” Twiggar said.

Twiggar, a 1989 graduate of Shamokin Area, is a co-founder of Dunn Twiggar Company. He made a career over two decades in commercial real estate in the Lehigh Valley. He’s led investments in the construction or rehabilitation of industrial, retail and office spaces in the areas of Allentown and Bethlehem, where he now resides.

That area is “getting full,” Twiggar said. As economic development moves west, he said early investment in Shamokin could entice others to perhaps skip a town or two. He likened the climate in the city to Jim Thorpe and New Hope when the respective towns were at the start of revitalization.

“I have to choose projects that I think are really worth it or really appeal to me,” Twiggar said. “I believe that there is a need for a hotel.”

Twiggar referred to a hotel feasibility study that identified the site of the former Coal Hole, a property he also owns, as a potential location. That isn’t downtown. The 40,000-square-foot former hardware store is. With that are inherent advantages: namely walking distances to cafes and restaurants and the potential for on-street access for off-road riders at the AOAA.

The AOAA is an obvious asset to seek to capitalize upon. There are rumblings of additional prospective developments in the downtown, perhaps chief among them a potential three-story medical facility two blocks east on Independence Street.

Parking for hotel guests will be a complication, something Twiggar’s weighed and will seek to resolve in part with the planned demolition of the warehouse addition to the property’s rear.

“The city has taken its knocks for 40, 50 years. That said, there’s got to be some upturn. There’s too many people that care,” Twiggar said.

The Vetovichs count among the “people that care.” Kathy Vetovich leads Shamokin Area Businesses for Economic Revitalization and its efforts to organize merchants and property owners to work together on investing in properties and marketing Shamokin as a destination location.

They’ve already worked to restore once-blighted properties in Shamokin including the Heritage Restaurant at Market and Arch streets and the Whatnot Shoppe at Commerce and Shamokin streets.

The former church is their next restoration target. Kathy Vetovich said a structural engineer assured her the building is in good shape despite some cracked plaster.

“We just wanted to salvage this gorgeous building,” she said.

She’s not short on ideas. The sanctuary is tabbed for the coffee shop with a roasting area and cafe kitchen planned for the existing hall and kitchen area. There’s room for a book shop and perhaps another retail space within the sanctuary, too, she said. An office area at the side entrance would be the welcome center and museum space while the rectory on the second floor is planned for conversion into a bed and breakfast.

“I’m talking to other investors and they’re interested. I hear probably weekly new people say ‘I want to invest in Shamokin,’” Kathy Vetovich said. “All of a sudden, Shamokin is getting attention and everybody is feeding off of it.”

New path considered for off-road portal from AOAA into Shamokin