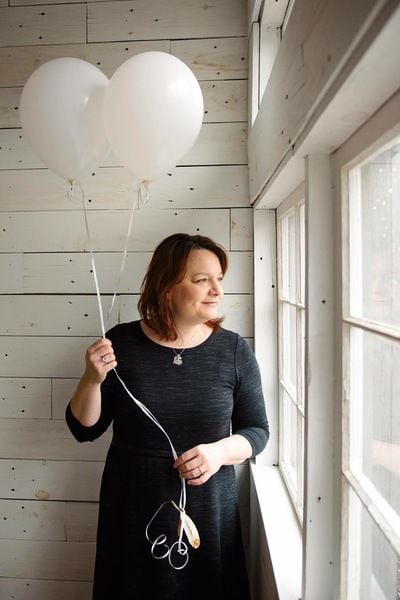 Mandy Maneval credits God with helping her cope since the loss of her twin infants. 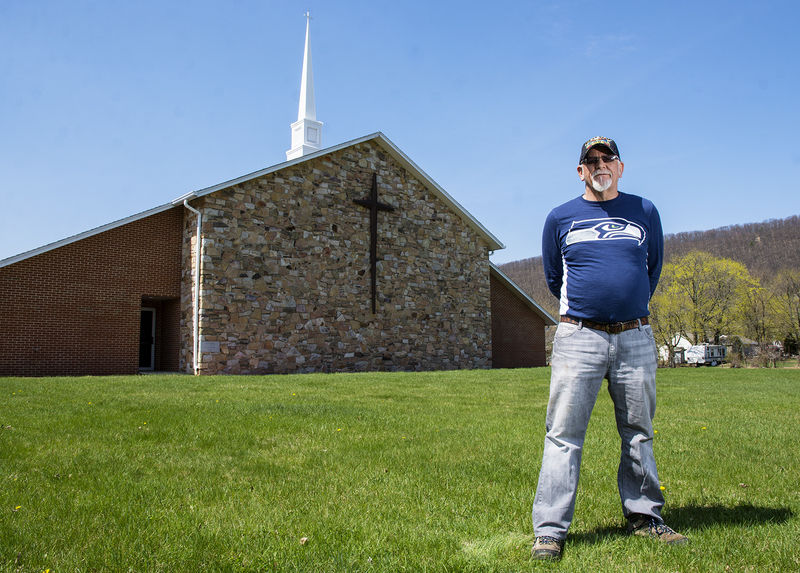 Victor Mattson stands outside the Church of the Nazarene in Lavelle where he helps take care of the gardens there.

Mandy Maneval credits God with helping her cope since the loss of her twin infants.

Victor Mattson stands outside the Church of the Nazarene in Lavelle where he helps take care of the gardens there.

An old Christian chorus begins with the words, “Because He lives, I can face tomorrow …”

This week, Christians throughout the world are celebrating the resurrection of Jesus Christ. For those who have lived moments of severe pain, hopelessness and uncertainty but were able to also rise again because of their faith, the words of that chorus ring deep and true. Several Valley residents share their stories of God's promise in their lives.

Don't give Satan any glory

Drinking and smoking marijuana became a lifestyle by age 17.

After a troubled stint in the Navy, a couple of failed marriages, rejection from his own family and homelessness, Mattson met a couple who explained to him that the “higher power” that he had learned about in AA meetings he had begrudgingly attended, was Jesus Christ.

“They invited me to church and I showed up,” he said.

He eventually committed his life to Christ, and met a faith-filled woman and got married.

“Every day of my life, she encouraged me and showed me what forgiveness is,” he said.

It was an extremely heavy blow when she died from cancer eight and a half years later. He spent her last eight days by her side. So distraught and lost in this turn of events, he began formulating a plan to commit suicide, so he could die with her.

But one day, he said, she opened her eyes and said clearly to him, “Don’t you give Satan any glory in my death.”

And from that moment, he said, “Instead of running away from God, I ran toward him.”

Rely on your faith

Life has never been easy for 38-year-old Milton resident Jamie Eisenhower—from her childhood, when she learned hard work and sacrifice in the midst of family struggles, to her teenage years when she was diagnosed with Graves’ disease, and continued health struggles that left her nearly blind in one eye at age 30 and nearly dead from blood clots that formed following weight loss surgery.

She continues to struggle through a painful and messy divorce, which left her in severe debt. Daily, she deals with the emotional pain of not being able to have children.

When you’re knocked down repeatedly, she said, “That’s when you need to rely on your faith. We can’t do it alone. He provides peace in the midst of those raging storms. He provides comfort in those moments of severe loneliness and desperation.”

A recent serious car accident that should have killed her, she said, but she miraculously survived with minor injuries, reminded her of where her hope lies.

“God is alive, good and watching over us,” she said. “We endure because God goes before us and carries us through the deepest waters, and over the tallest mountains.”

Though Richfield resident Mandy Maneval and her husband desperately wanted a family, year after year went by with no success at becoming pregnant.

Turning to In Vitro Fertilization as the only option they had left following numerous evaluations and fertility treatments, they conceived twins. But at the 20-week ultrasound, they discovered that one of the twins, whom they had named Aaron, had died.

After a series of additional complications, the other little baby, a girl they named Abigail, was born.

But the joy was short-lived. Born with half a heart, she underwent open heart surgery, but later passed away at only seven days old.

“To say I was broken was a complete understatement,” Maneval said. “There was little solace to be found. I remember looking at the clock and not knowing how I would make it an hour more, let alone a whole day.”

It was Holy Week, and they attended daily mass. Maneval continued to pray just to get through every day.

“It became the framework of my recovery,” she said. “That year of grieving was the darkest time of my life, and yet I felt God so close to me. He was almost tangible.”

Deb Stahl, 59, of Mifflinburg, had just gotten in her car and traveled down her road In 1988, when a speeding vehicle hit hers, leaving her in a coma and with only a 10 percent chance of survival.

“In just a split second, it changed our whole lives,” she said.

Many prayed earnestly for her, including her husband Bill — who had never prayed before. Stahl survived, but in the months and years ahead, she suffered through more than a dozen surgeries, some life-threatening, and discovered she had been 9 weeks pregnant and lost the baby in the crash.

Confined to her bed and a chair, she said, “I would just break down and cry.”

Her grandparents and her mother continued to encourage her to not give up hope, and remind her of God’s love. Friends sent her daily cards with scripture verses.

Having always believed in God, she said, now she was starting to think more deeply about spiritual things.

“I had nothing to do but sit and think,” she said, and the more she did, she realized, “This is all planned out. There’s got to be a reason.”

Mattson said he’s amazed at the miracles he’s seen in his own life, and how “God just opened the doors for me,” he said, to bless others who are going through difficult times.

He has ministered to the homeless, drug dealers and prostitutes, began a garden ministry at his church, and continues to lead a Celebrate Recovery program for prisoners and others dealing with addiction.

He left his job at age 55 to go into full-time ministry and now, at age 63, considers himself an evangelist, always telling people “about the word of Jesus.”

“There have been a lot of opportunities,” he said. “My day is full.”

In blessing others, he said, “I’m the one who is blessed, because I get to see lives transformed in front of my own eyes.”

Eisenhower said she has learned to trust God’s perfect plan.

“I know my faith will get me through anything I face,” she said.

And though having children was always her greatest desire, she said God has provided her with nieces, nephews and numerous God-children.

‘Life isn’t always perfect in our own eyes, but when you sit back and look at how things worked out, God unfolds the whys sometimes,” she said.

Maneval and her husband were given what they see as a God-given opportunity to adopt a newborn baby boy, Ivan, just six months after Abby’s death.

“Even though I had not been open to the idea of adoption before…I felt as though God flung open the door in my heart,” she said.

And along with another family from their church, Maneval also founded a nonprofit organization, “The Smallest Gift,” through which they have supported more than 2,000 families nationwide who are dealing with the loss of an infant.

“It is our way of letting our children's little lights shine on in this world,” Maneval said. “Their legacy is love.”

Stahl said her husband attends church with her now. Together, they cared for foster children for 15 years. Stahl became a grandmother, and is excited to soon be a great-grandmother.

She continues to deal with the effects of the injuries from the accident.

“Sometimes I hurt so bad,” she said. But then she remembers the pain that Jesus suffered on the cross, and she takes comfort in knowing he understands.

And she’s simply thankful to be alive.

“God’s so awesome,” she said. “He pulled me through this. It wasn’t my time. And I thank Him … for everything He’s done for me.”