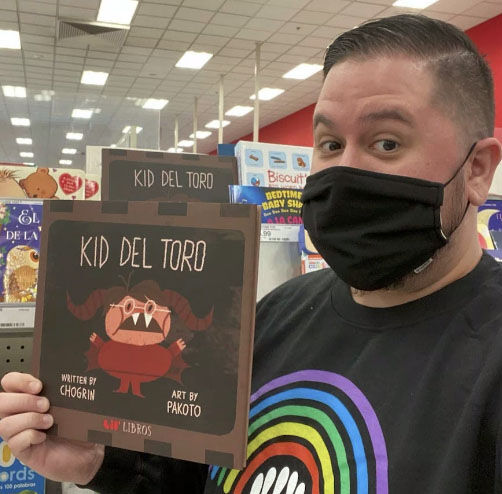 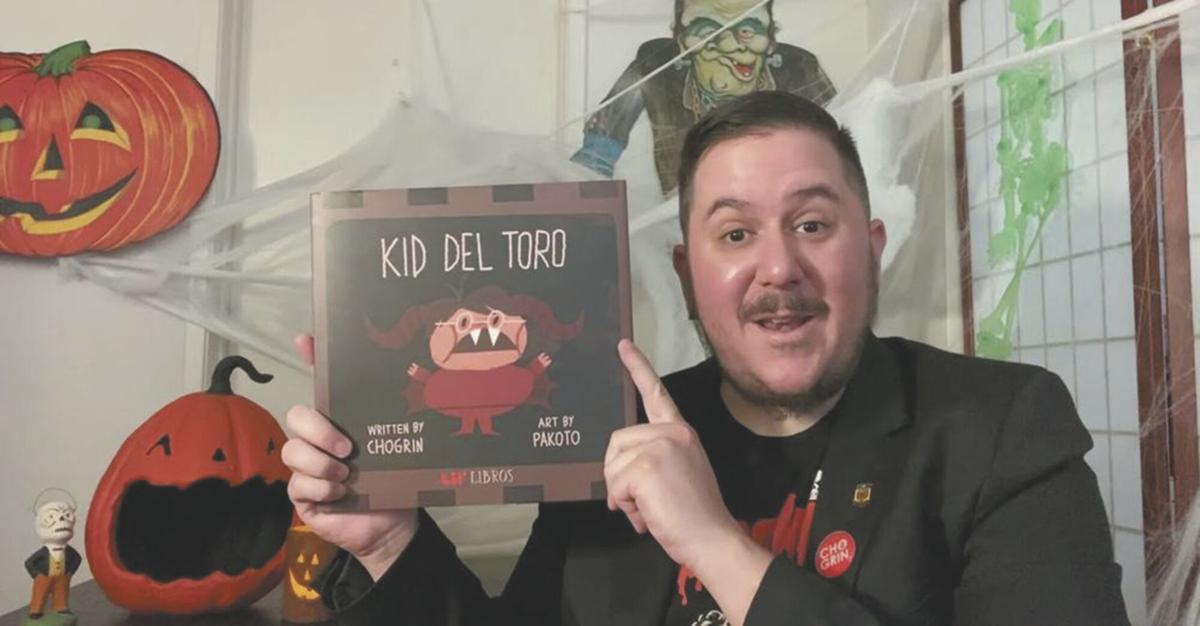 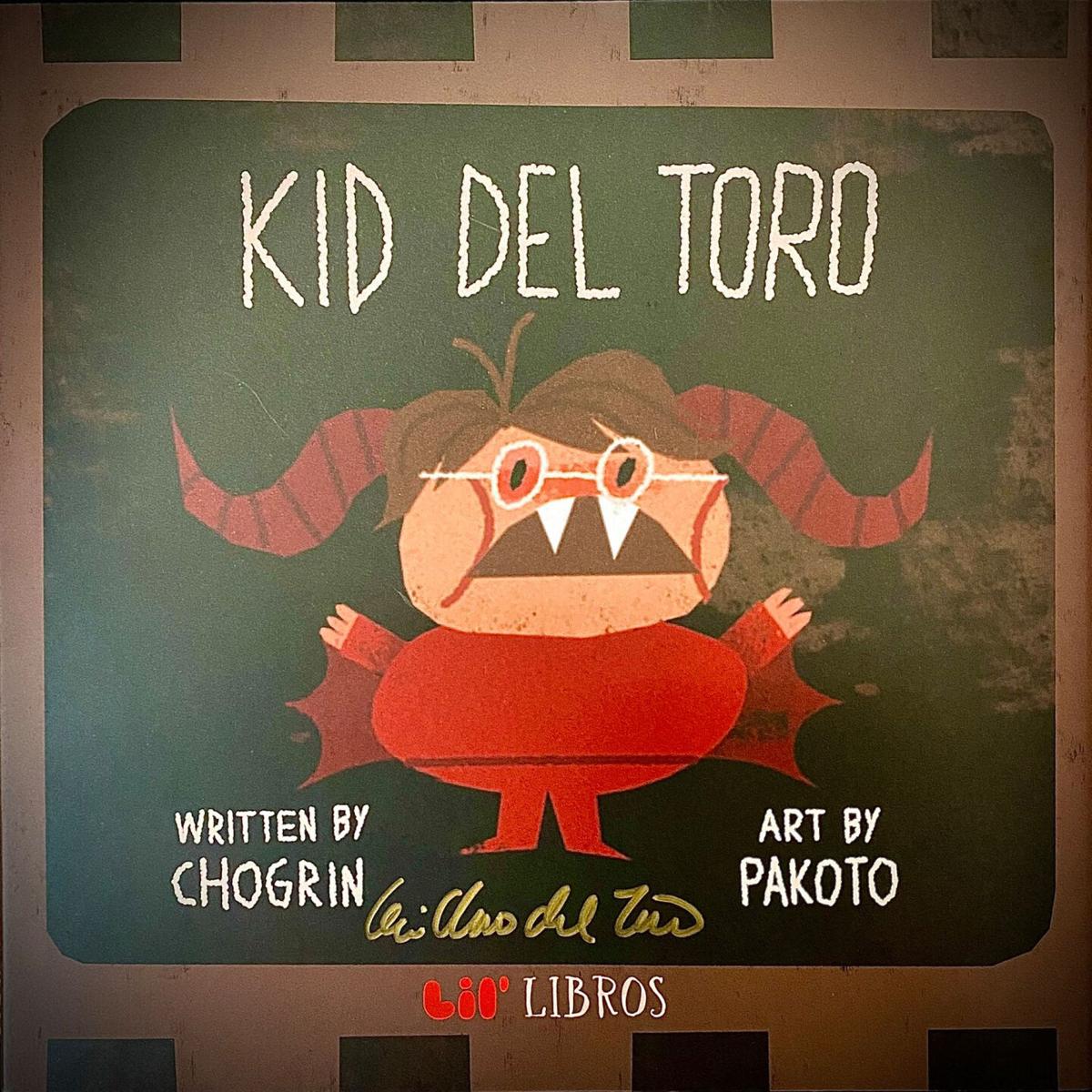 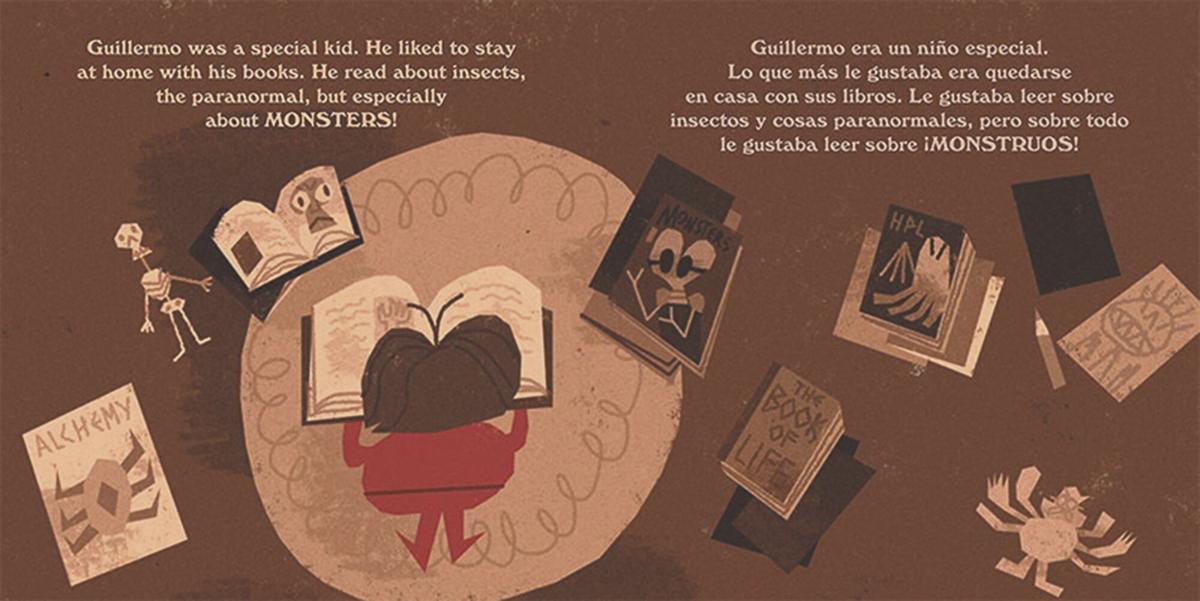 Joseph Game long ago made his mark as an artist and animator.

The 2003 Danville Area High School grad, who professionally goes by the name Chogrin, not only works at Disney Channel Animation on the animated series “Big City Greens,” he has had his artwork featured in more than 50 art galleries and publications around the world, he said.

Last year, he was writing and directing his first animated film, titled, “Lucky Brave’s Sunshine,” a coming of age space-western about a young space cowboy named “Lucky” and his mission to catch and find the mysterious creature known as a “Sunshine.” The film was influenced somewhat by his teen years in Danville.

Now Game is on to a different medium, but again is paying homage to del Toro, who is best known for the 2017 movie “The Shape of Water,” for which he won Oscars for Best Director and Best Picture. Game, 36, who lives in Burbank, outside of Los Angeles, has written a bilingual children’s book, “Kid del Toro,” based on del Toro’s childhood stories about overcoming fear of monsters. Artist Pakoto, of Spain, illustrated the book. Lil’ Libros, of Los Angeles, published the book, which is available at Target stores as well as online at Gibbs Smith, Amazon and Lil’ Libros.

“I’m a big fan of Guillermo del Toro,” said Game, who grew up in Guayaquil, Ecuador, before his mother, Peggy Game, moved him and his siblings back to Danville, her hometown, when he was 13.

Game said del Toro’s childhood stories of overcoming fear of monsters in the middle of the night help inspire the book.

“He was afraid to go to the bathroom because monsters would get him, he told interviewers online,” Game said.

He said that del Toro, who lived with his grandmother, was obsessed with books as a child. He wanted to read after his grandmother sent him to bed, but he had to get out of bed to reach the books or to go to the bathroom.

Even though his grandmother, who was very strict, told him the books he was reading would give him nightmares, he was determined to read them. So the future director made a deal with the monsters that if they let him alone, he would be their friend forever, Game said.

“When he told that story, I related to it,” the artist said. “I had a strict grandmother, as well. His grandmother is part of the book.”

He said his illustrator, Pakoto, made the grandmother look almost monster-like.

Game said the book has a positive message for children to not be afraid of monsters and to overcome their fears.

“In our version, sometimes things may seem scary, but once you get to figure out what it is, it’s not,” he said. “Also, in person, if you get to know somebody, they get to be your pal.”

He wrote the text in English and Spanish side by side.

“When I was going to art school, one of the things I wanted to do was bilingual children’s books. He found a publisher of bilingual books, Lil’ Libros.

“One of our goals is to introduce our children to Latino and Latinx people in a position of change,” Rodriguez said. “Del Toro is one of the most talented filmmakers, an Academy Award-winning filmmaker.”

She said Lil’ Libros introduces such role models to children through books.

“Not just for our community, but something any child can relate to,” she said.

The book is getting a good response, as well.

“We don’t have full numbers yet,” Rodriguez said. “Target stores across the country (have it). It’s incredible they picked it up. The feedback we received from parents, caretakers has been incredible.

“Chogrin is very talented and Pakoto is a talented artist.”

Game said del Toro even signed a couple of copies of the book after Game contacted him.

“I’m still pinching myself about the toy and now the book,” he said. “I’m riding the wave and hopefully can do more things as an artist and inspire more people. That’s what Guillermo did for me.”