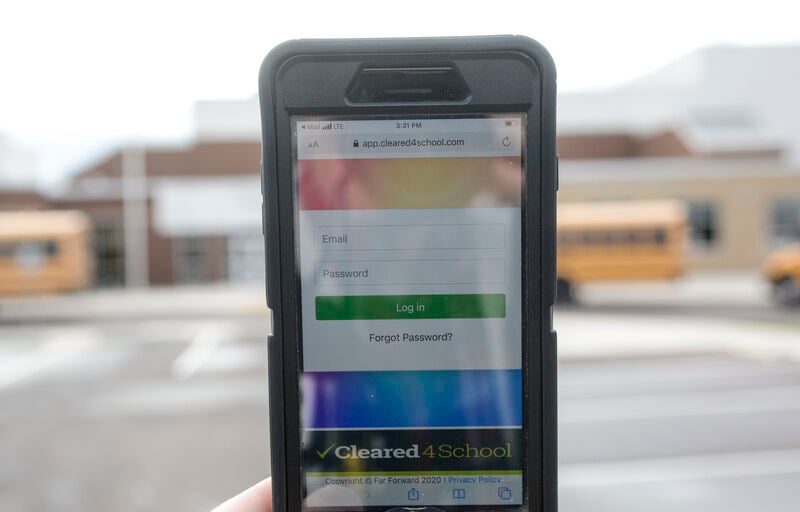 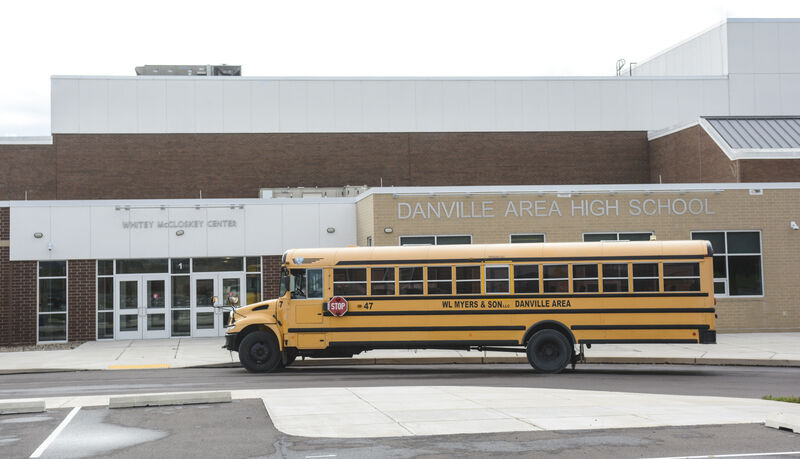 Danville parents can now screen their school-age children and send the information to the school as a way to protect against spreading the novel coronavirus.

The Danville Area School District has purchased an app that asks specific questions to help parents alert school nurses about a possible virus infection. The district already had asked parents from the first day of school to take their children's temperature and screen them for other potential symptoms, but the app will allow school nurses to examine the results and determine if the student is OK to go to school.

The app, called Cleared4School, was developed by a Louisiana physician and his wife, a nurse, along with scientists and clinicians, so they could help open their children's school to in-person classes in July.

Danville Superintendent Ricki Boyle said district parents were notified this week that the app was being set up. She didn't know yet how many parents had signed up to use it, she said on Tuesday. The app is free. The district used $6,800 in CARES Act funds to purchase the app.

Boyle said parents answer 11 questions on the app related to COVID symptoms. When finished, they send it to the district.

"We won't be standing at the door waiting for kids and tell them they can't come in," Boyle said.

"It's easy to use, it's efficient. The nurse can see what the patterns of symptoms are for kids," she said.

"Nurses could see if several kids are out with the same symptoms," Boyle said, adding that under new, updated guidelines from the U.S. Centers for Disease Control and Prevention, it usually takes more than one symptom to keep a student out of school. For example, a slight fever or a headache might not get the student out of school, but a combination with chills or shortness of breath could mean a trip to the doctor.

She said the survey is only as accurate as what the parents say. She noted it is not mandatory that parents use the app.

"I can't require them," Boyle said. "I can request them. Older students can do it by themselves. Parents can set the kids' phone up (with the app)."

The superintendent said the information sent to the school is protected and is not public. The app is used by schools around the country, but Danville is the only Valley district that has opted to use it, according to the Cleared4School website. About 10 schools or school districts are using the app in Pennsylvania, according to the website's map.

Parent Brandon Long, of Danville, whose two young daughters attend the Danville Primary School, said he received the letter about the app but hasn't done anything with it yet. He wants to look at it more in-depth.

"I think it looks like they're trying to hold the parents more accountable to make sure (students) are healthy before going to school," Long said.

He said he and his wife, Michelle, bought a thermometer to screen their daughters, Evangeline, a second-grader, and Iris, who is in kindergarten.

"We screen every day," Long said. "The main thing we look for is a fever."

If they use the app, it won't be until at least Monday, when the primary school resumes in-person classes. All of the school's students have been attending lessons online this week. The district closed the school for the week after two students tested positive for COVID-19 and two other students were quarantined because their parents tested positive.

Boyle said there is little chance for older students to use the app as a way to get out of school by sending dishonest answers.

"They can play around with this and do it wrong, but they still have to call off school," she said.

The district also will inform their parents the student called off.

Dr. Brian Benson and his wife, Kaley, developed the symptom-screening software for schools after first creating software that allowed patients to answer questions and find out if they needed to go to the doctor. The Bensons' three children attend Louisiana Key Academy, in Baton Rouge, a year-round charter school for children with dyslexia, which reopened in July, earlier than other schools, according to a news report posted on the website. The Bensons are credited with playing a big part in the early reopening.