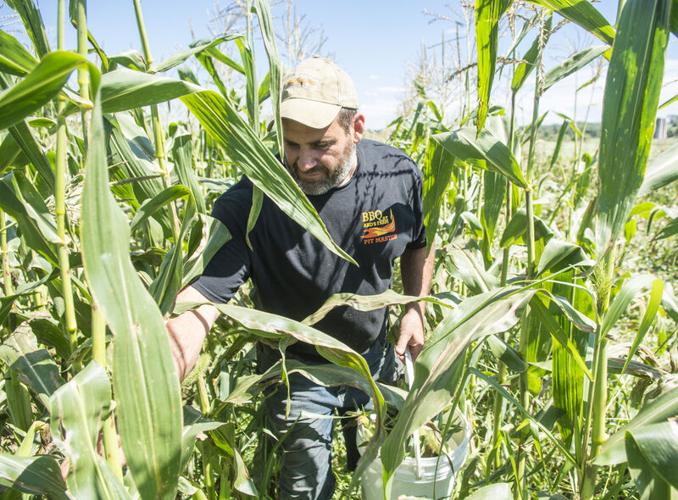 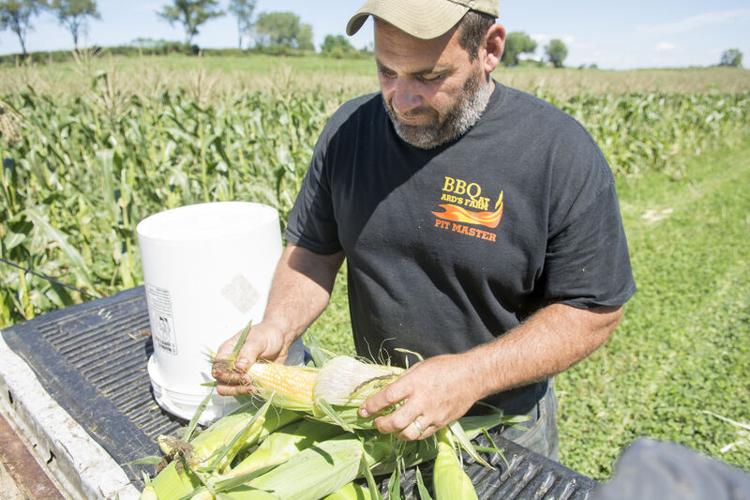 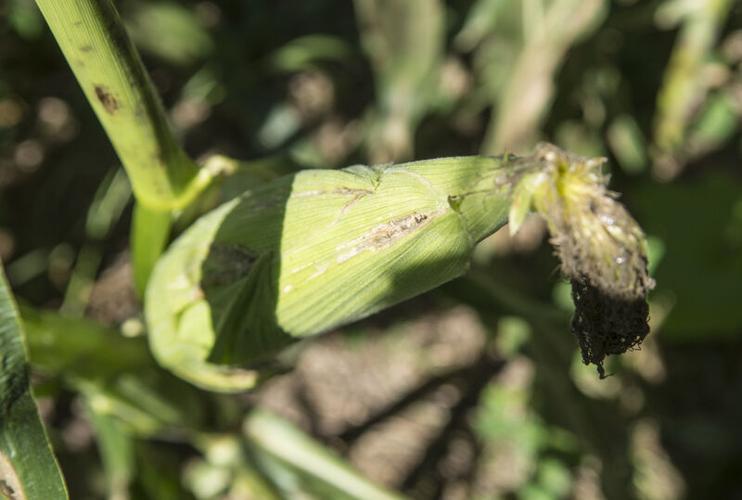 Frost in April and May followed by months-long drought-like conditions in the Valley hurt early sweet corn growth and devastated peach production this summer.

But once the weather warmed up, allowing for subsequent plantings, corn, other grains and fruits, grew plentifully — resulting in what will be a good, not strong, harvest this fall, said several farmers and agricultural experts.

"It's been a particularly hot summer, which accelerated crop growth as long as those crops had adequate moisture," said Liam Migdail, spokesperson for the Pennsylvania Farm Bureau.

"Some areas received adequate rainfall but there were pockets of severe drought as well," he said. "So those crop conditions varied greatly between areas or even from farm to farm."

"It was dry," said Alan Ard, of Ard's Farm. Irrigation helped keep the drought at bay over the summer, "but it's never the same as having adequate amounts of rain," he said on Friday. "Sweet corn was definitely hurt. It was a challenge this year."

The summer corn crop turned out good, Ard said — "if you had water. But I know a lot of farms that really did not have good corn yield. Things got better as we got a little more moisture. We lost our first three plantings. Our fourth planting was on lower grounds and that did OK. Then we moved to irrigated grounds and had a decent yield."

Ard's season was mirrored by Oren Crowder, who works at the family farm in the Beaver Springs area.

"We ordinarily do well with sweet corn, but the lack of rain really caused us a lot of problems," he said Friday afternoon. "We did irrigate and were able to produce a decent crop of corn and soybeans. We sold corn at local farmer's markets."

In areas in Central Pennsylvania where there has been enough rain, Migdail said, "we would expect corn and soybean crops to be ready for harvest earlier than usual due to the heat. However, in areas where there is inadequate moisture due to drought, those crops may be damaged or ruined."

That was the story with peach production and sweet corn.

Migdail hasn't seen an overall trend across the state or even the Central Pennsylvania region.

As far as overall statewide production for corn and soybeans, Migdail is expecting that this will be "about an average year," he said.

"Tree fruits we had issues with due to freezing temperatures in April," said John Esslinger, an educator and advisor to farmers, with the Penn State Cooperative Extension. "There also was a frost on May 7 that was extremely damaging. It was really bad because trees were already developing and flowers were out."

May was unusually cold and that delayed plantings, Esslinger explained. "Sweet corn wasn't so good because of the cold and yields were only about 50 to 60 percent of normal. After that it got warm and we did well."

The crops overall are good, he said. "The prices at produce auctions have been outstanding, so when all is said and done vegetable growers are going to have a decent year. Fruit growers had it tough early. Most of our local peaches were destroyed."

The apple crop should be close to normal, Esslinger said.

Ginger Golds have already been picked, and growers are just now starting on Galas.

"We had cold weather in the spring, just like everybody else," Schlegel said. "But for some reason we had a good peach crop. We had some frost issues that caused problems with our apples but we have a very good apple crop coming. We had a strong cherry harvest."

All-in-all, he said, barring a disastrous storm, "we should have a very good fall crop."