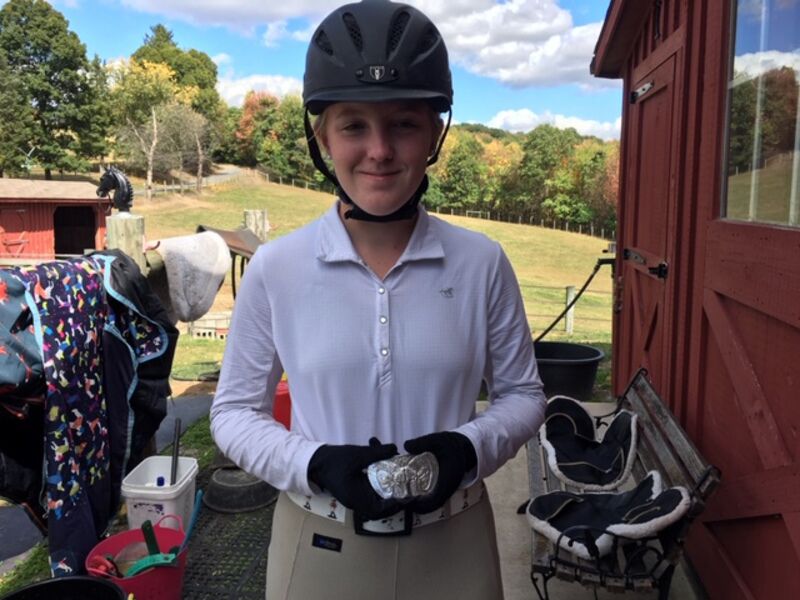 Charly Dugan shows the belt buckle she received for completing the Big Horn 100, a 100-mile endurance horseback ride in Wyoming that she did in August with her mother, Sally Jellison. 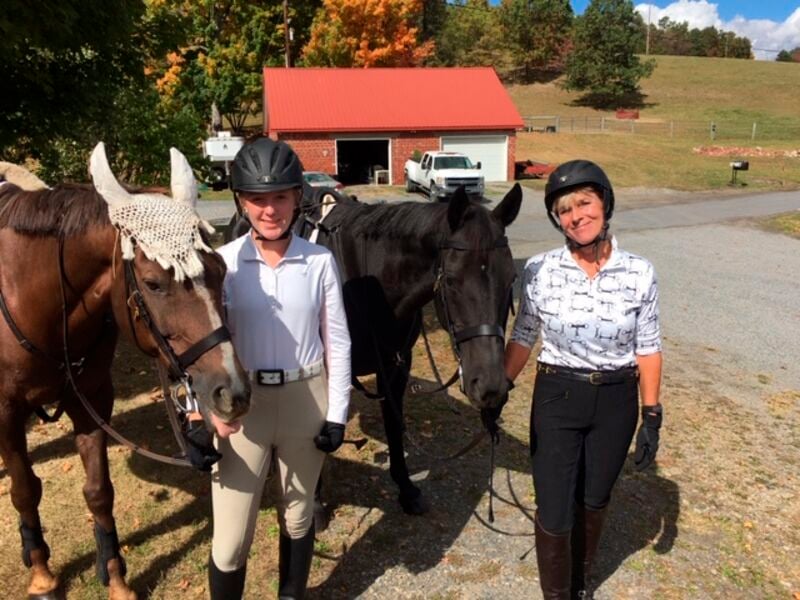 Charly Dugan, left, poses with “Lady,” and her mother, Sally Jellison, stands with “Treasure,” at their Delaware Township horse farm. 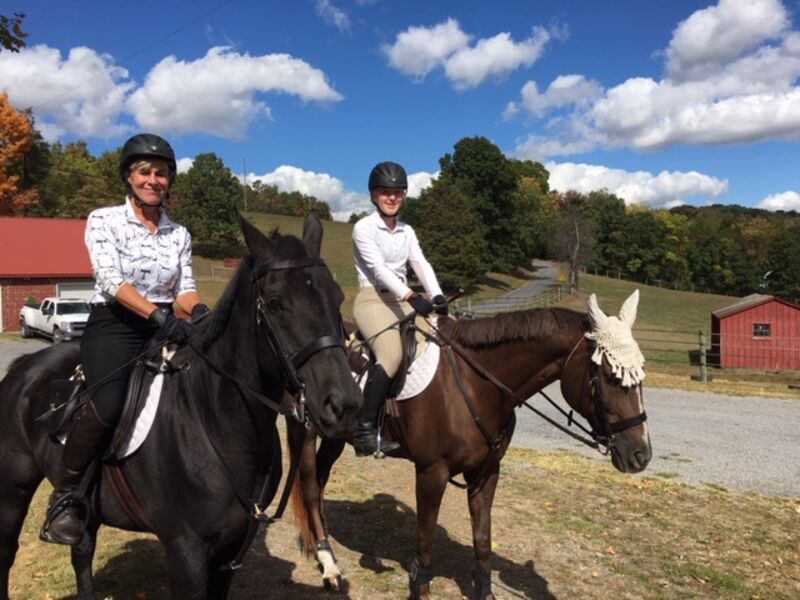 Charly Dugan shows the belt buckle she received for completing the Big Horn 100, a 100-mile endurance horseback ride in Wyoming that she did in August with her mother, Sally Jellison.

Charly Dugan, left, poses with “Lady,” and her mother, Sally Jellison, stands with “Treasure,” at their Delaware Township horse farm.

She competed in that 10-day race in August 2019. In the race, riders change horses every 40 kilometers.

“I do endurance riding a lot,” said the 57-year-old Navy veteran, who runs a horse farm with her husband, John Dugan, 53, in Delaware Township, Northumberland County. “I think I have a mutated adventure gene.”

Dugan’s and Jellison’s daughter, Charly, 15, a Warrior Run High School sophomore, seems to be following in her mother’s footsteps. Jellison said Charly, in just her second season of competing, is ranked as one of the top juniors in the Northeast by the American Endurance Ride Council, one of the equestrian organizations to which both belong.

Jellison is currently ranked seventh in her division, but that changes weekly, she said.

Charly joined her mother in the Big Horn 100, a 100-mile endurance ride in the Rocky Mountains of Wyoming in August. They completed it in 24 hours, about 40 miles of it in the dark on mountain trails at a 13,000-foot altitude with steep drop-offs.

“When you’re up there, you gotta keep going,” Jellison said.

Charly said the ride was “challenging.”

Both mother and daughter said they began hallucinating at one point due to altitude sickness and fatigue.

“My muscles were fine,” Charly said. “I was hallucinating really bad, I was dehydrated, I had altitude sickness, my nose kept bleeding.”

She never thought of quitting, though her mother kept asking her if she wanted to.

“I am, like, a really stubborn person,” said Charly, who’s also a field hockey player for Warrior Run. “We were on the second-to-last loop. We were close to the finish. She kept asking me if I wanted to quit. I’m not a quitter.”

“I’m just so proud of Charly,” her mother said. “She never did a hundred before. It took so much bravery and determination.”

For that competition, they rode leased horses specifically trained for mountain riding.

Charly is not old enough to compete in the Mongol Derby, but she wants to. The age restriction is 18 or older.

Jellison thinks she might enter it again. She almost completed it last year, when she was one of about 40 riders from around the world who competed. She was pulled from the race after about 800 kilometers because of high blood pressure, noticed during a checkup during one of the stops.

The riders use Mongolian ponies supposedly descended from the time of Genghis Khan. Jellison said some of the horses were a bit wild.

“They were like ballistic missiles,” she said.  “As soon as your fanny hits the saddle, they’re off.”

The horses also occasionally fall into marmot holes, and riders have to hang on.

Dugan, who doesn’t ride but jokes he is the maintenance man for the horse farm, did not travel with Jellison to the race, but he kept track of the weather in Mongolia on his smartphone.

Jellison and Charly also ride in fox hunts with Rose Tree Blue Mountain Hunt Club in southern Pennsylvania, in which foxes are not killed. The huntsman calls off the hounds before the foxes go into their burrows. Jellison and Dugan also hold hunter pace competitions each year at their farm, with the help of neighbors who volunteer.

In a hunter pace, competitors ride their horses through the woods on a marked trail that includes obstacles and jumps to simulate a foxhunt. The competitions are fundraisers.

Jellison has other plans, too.

“I’m toying with the idea of starting a riding club,” she said.