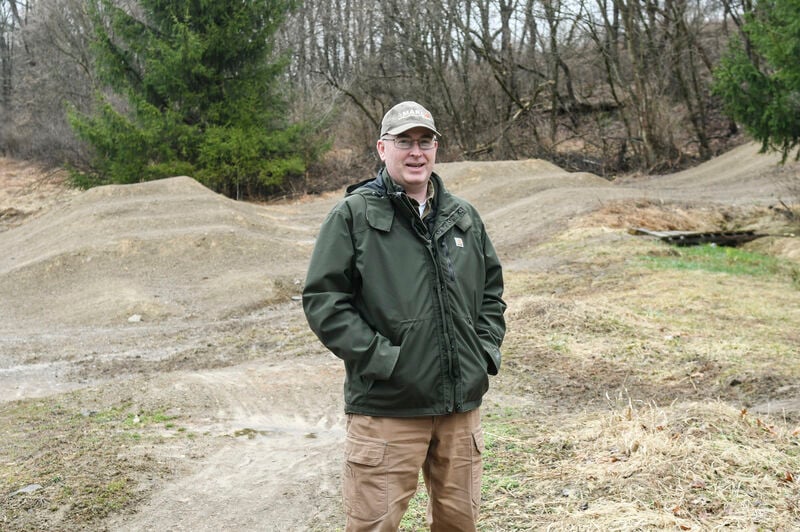 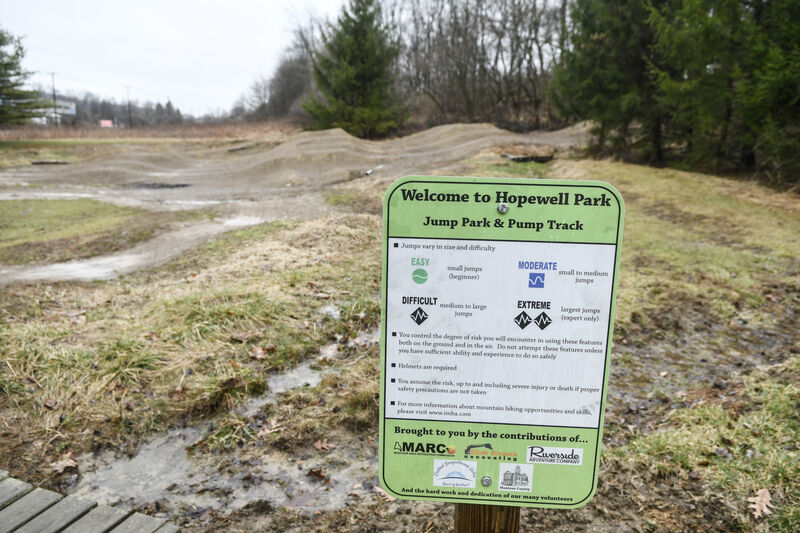 Robert Inglis/The Daily Item A sign detailing the some of the different tracks at Hopewll Park in Danville. 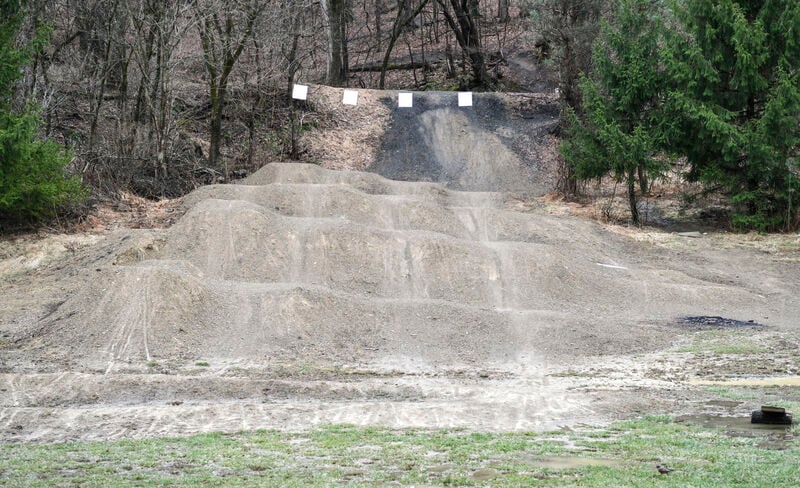 Robert Inglis/The Daily Item A portion of the bmx course at Hopewell Park in Danville. 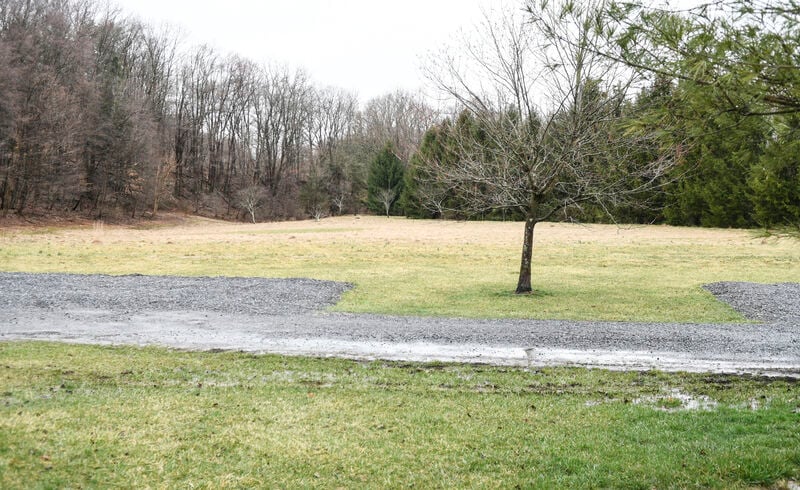 Robert Inglis/The Daily Item Plans are in place to turn this space at Hopewell Park into additional parking and biking space.

Robert Inglis/The Daily Item A sign detailing the some of the different tracks at Hopewll Park in Danville.

Robert Inglis/The Daily Item A portion of the bmx course at Hopewell Park in Danville.

Robert Inglis/The Daily Item Plans are in place to turn this space at Hopewell Park into additional parking and biking space.

DANVILLE — Raising at least $100,000 toward a new bicycle pump track at Hopewell Park was a lot faster than anticipated.

Bob Stoudt, director of the Montour Area Recreation Commission (MARC), told the MARC board on Monday evening that $139,020 in pledges and contributions have been raised toward the project. The board then approved Stoudt's request to apply for a $125,000 matching grant from the state Department of Conservation and Natural Resources' Park Rehabilitation and Development program. The application deadline is April 14.

MARC will provide $125,000 in matching funding through the contributions and pledges raised so far.

Stoudt has said the project should cost about $200,000, but he recommended MARC set aside an additional $20,000 for track maintenance.

He said he had planned to wait to ask the board about applying for the grant, but the additional funds raised so far sped up the process.

"If we get the grant, we could be building the pump track by next spring," Stoudt said.

The Hopewell Park Pump Track project will include renovation of the existing beginner-level dirt pump track and jumps area, expansion of parking and creation of a new asphalt paved pump track at the park, located along Route 11, across from Woodbine Lane in Mahoning Township.

Otto Kurecian, executive director of the Columbia Montour Visitors Bureau, told the MARC board during the Zoom meeting that his board agreed by "unanimous vote" to contribute $50,000 to the project.

According to Stoudt, he didn't think MARC would be able to raise enough matching money to apply for the grant until next year. He believes the project is especially needed now due to harm done to the physical and mental well-being of children and adults by the COVID-19 pandemic and related economic downturn. The project is a way to promote health and wellness, as well as outdoor recreation-related tourism and economic activity.

With demand for the services of pump track builders and general contractors currently low at this time, MARC is likely to get better pricing the sooner it does the project, Stoudt noted.

MARC created the beginner-level dirt pump track and bike jumps area at Hopewell Park in 2017. MARC has made additional upgrades to the site, including a parking lot expansion in 2020.

According to DirtSculpt, pump tracks are named after the pumping motion riders use to propel them through the course. They have a start hill that is slightly raised with riders using the momentum combined with a pumping motion to maintain speed.

MARC hosted a public meeting at the site on July 27 to gather public input and comment. It also created a new fund at the Community Giving Foundation to accept tax-deductible project contributions.

Skateboards, roller blades and bikes can be used on a paved pump track.