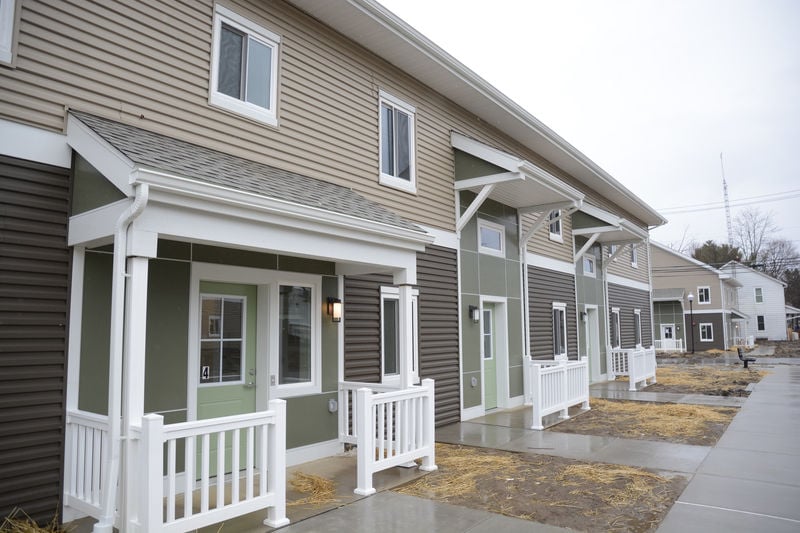 Some residents of the new affordable house complex in Lewisburg will begin the move in process this weekend. 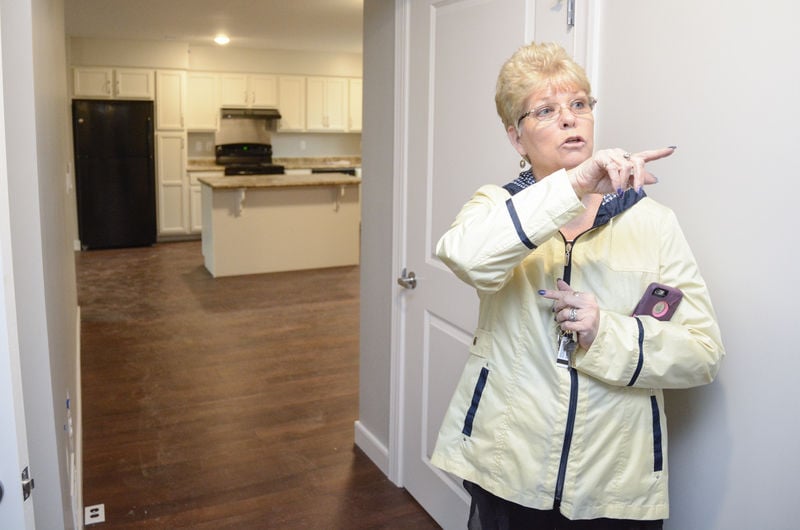 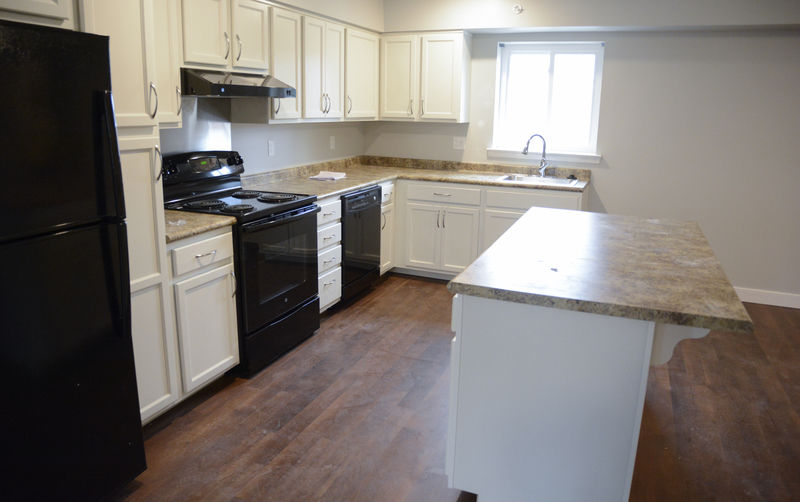 A kitchen that is almost complete in one of the units at the new affordable housing complex in Lewisburg.

Some residents of the new affordable house complex in Lewisburg will begin the move in process this weekend.

A kitchen that is almost complete in one of the units at the new affordable housing complex in Lewisburg.

LEWISBURG — JoAnn Shauck rests her elbows on the edge of a kitchen sink and peers from the rear window of her newly leased townhouse at Penn Commons, where she signed a lease Wednesday afternoon.

Clouded sunlight amid the day’s latest rainstorm colors Shauck’s face as the lights inside the home are turned off.

Within immediate view are the Giant supermarket, CVS Pharmacy and the shops and eateries at the Penn House Commons shopping center. The macadam of the Buffalo Valley Rail Trail is steps from the back door, with downtown Lewisburg about a half-mile east.

The 56-year-old former culinary worker, now on disability, walked an estimated 45 minutes from the one-bedroom abode she’ll leave behind next week at Kelly Court Apartments on JPM Road. She gave up her car when she moved to Lewisburg six years ago to care for her sick aunt, who has since died.

“The only reason I picked this was the location. It’s very convenient. I love to walk,” Shauck said.

“I didn’t know they were like this,” she said of the tasteful, practical two-bedroom, 1-1/2 bathroom dwelling she’ll soon call home. “Very nice.”

Shauck is among the first tenants to sign leases at Penn Commons, a 31-unit affordable housing complex between 10th and 12th streets. The development is built to be energy-efficient with high-efficiency heating and air ventilation, triple-glazed windows, LED lighting and new appliances.

The buildings will be surrounded by tree-lined concrete sidewalks and mostly paved parking spaces. There will be a newly mulched playground.

So new is the construction that a “new home smell” permeates Shauck’s still-empty home. Specks of drywall collect along stretches of the baseboard. A contractor visiting to review punch-list items inside her place gave Shauck a quick tutorial on the remote-controlled heating and cooling system.

The property is income-based, with leases offered to eligible applicants who earn between 20 percent and 60 percent of the area’s median household income — $49,803 in Union County, according to the U.S. Census Bureau.

It’s also taxable, though an assessment hasn’t been completed, according to Bruce Quigley, executive director of the Union County Housing Authority. The residences will be offered for sale to occupants at the expiration of a 15-year tax credit period.

Wednesday was the first day tenants could move in, and it appeared a series of rainstorms pushed moving day back. Shauck plans a Tuesday move.

Eight tenants are expected to move into six of the residences initially with another 11 families expected by April 1, according to Lori Staggert, senior project manager for the Union County Housing Authority. She said 20 of the residences are move-in ready today, though the area very much remains an active construction site.

“There isn’t an apartment here I wouldn’t move into,” Staggert said as she toured a vacant four-bedroom apartment.

“Most of the rest are from adjacent counties,” she said.

Quigley called the application and vetting process a “significant” effort.

“The gradual occupancy will allow us to refine policies and work out any issues with the construction (and) operation,” Quigley said.

Maximum occupancy is 158 tenants, though Quigley previously said he expects about 95 tenants based on occupancy rates at the authority's White Deer Commons site.

The cost of construction is estimated at $7 million, with additional “soft costs” like project design, property acquisition and developer fees raising the project to about $10 million, according to Quigley, who also is a member of the Housing Associates board. The project is funded by $8.5 million in federal tax credits with the remaining funds through government loans.

Construction on Penn Commons began last spring against the objections of a sizable contingent of opponents who criticized the dense layout and location — seven multi-family buildings spread over 2.21 acres between the new shopping plaza and Routes 15 and 45.

Some opponents feared a spike in crime and adverse effects on neighboring property values.

Directors of the Union County Housing Authority board could not be reached for comment.