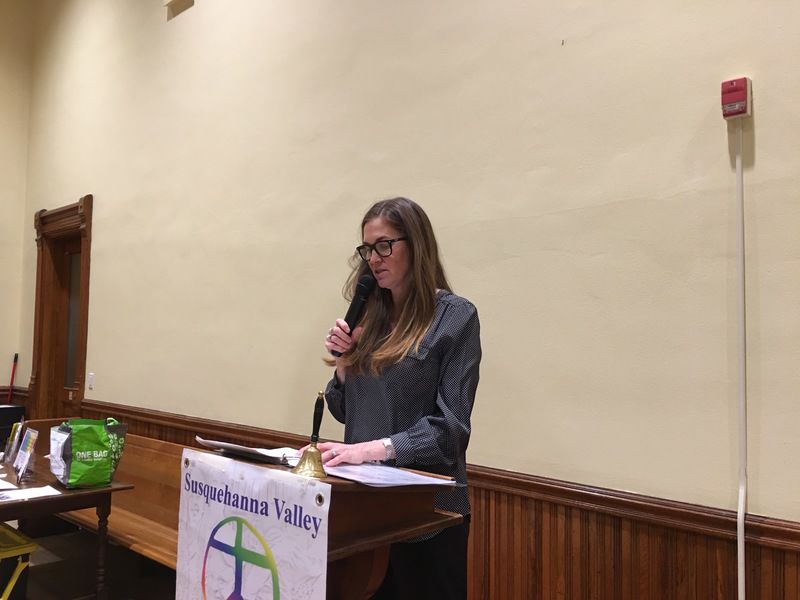 Guest speaker Lisa Streett-Liebetrau, founder of Camp Koala for grieving children and teens, talks about the camp during her talk at the Susquehanna Valley Ethical Society meeting on Sunday. 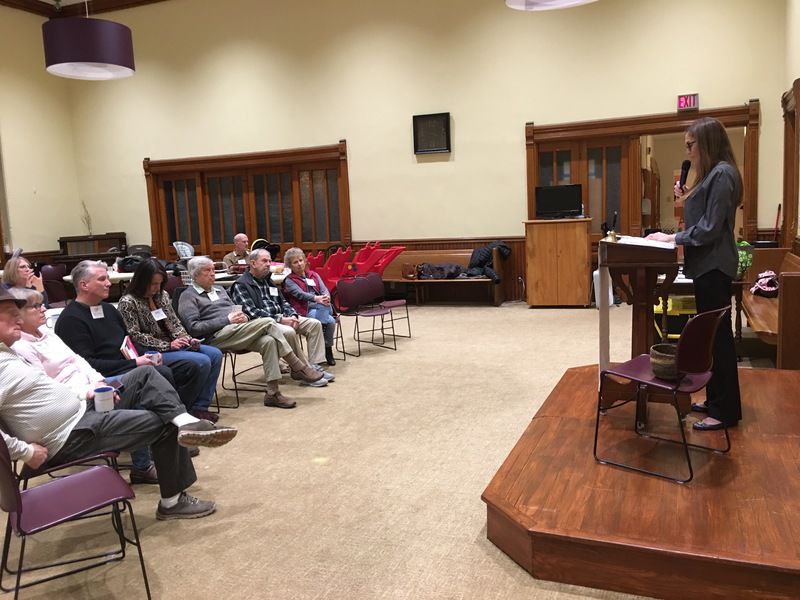 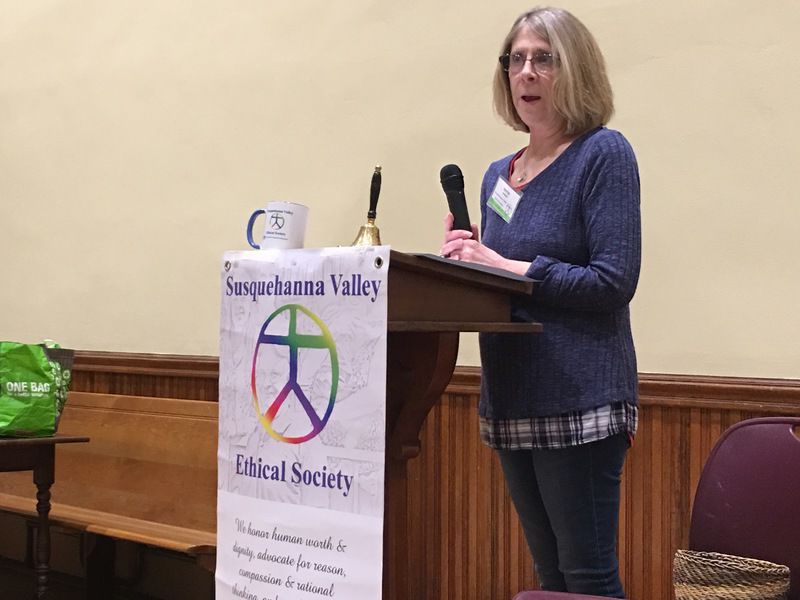 Guest speaker Lisa Streett-Liebetrau, founder of Camp Koala for grieving children and teens, talks about the camp during her talk at the Susquehanna Valley Ethical Society meeting on Sunday.

Michelle, or Shelly, as she was known,12, and Heather, 9, were passengers in their family's vehicle when it was involved in a crash on Mother's Day in 1989. Her parents were injured. Lisa was not with the family that day. She was working at the Buggytown restaurant, which her parents co-owned with three other couples.

She knew at a young age the grief of losing family members. That led her to start the nonprofit Camp Koala for grieving children and teens.

Streett-Liebetrau told the Susquehanna Valley Ethical Society on Sunday that when she returned to school, she was treated like she was contagious by most students, but she had a good group of friends she could talk to.

"I felt the only time I wanted to talk about it was with kids my age," she said. "I did not do well with counselors."

Camp Koala's executive director and founder was the guest speaker for the Ethical Society program held at Beaver Memorial United Methodist Church Fellowship Hall in Lewisburg. The group's co-founder and board President Patricia Arduini, who was Streett-Liebetrau's and later Shelly's fifth-grade teacher, invited the camp founder to speak.

"Lisa understands what it's like is to grieve," Arduini told the gathering of about eight Ethics Society members. "And she took that grief and she turned it into something very, very special to help other children in their grieving process."

Streett-Liebetrau, a former college professor who taught theater costume design, said it was always a dream of hers to work her way back home to start a camp in the area to say thank you to the community who supported her family after their loss. Her family also owned the local True Value Hardware store, so they knew almost everyone in the area, and many from the community showed up outside of the funeral, she said.

Her "lightbulb moment" came after seeing a guest on The Oprah Winfrey Show talking about children who had lost family members in the 9/11 attacks on the Twin Towers.

She founded Camp Koala in Carlisle in 2008, after her teaching contract was up at Dickinson College. The camp, which is free for campers, offers one-, two- and three-day overnight and day camps for children who have experienced the death of a parent, primary caregiver or sibling. The camp also hosts five children's grief support groups in schools and hospitals. She started a second camp in Wilkes-Barre after that, then four years ago Camp Koala offered its first three-day weekend camp at the Boy Scouts' Camp Karoondinha in Union County.

She said each camp is a bit different, mostly art therapy- and play therapy-based and may include poetry, journaling, anger management, music therapy, sand tray therapy and dance/movement therapy.

She said the volunteers at the camp are adults who have experienced grief as a child. She named the camp after a koala bear because of how they carry their young.

"The kids get an adult buddy," she said.

She said unresolved grief can lead to afflictions such as long-term depression, anxiety, drug abuse, bulimia, panic attacks and even suicide.

"I think this can really help children to heal from a loss," said Kimball, 71, of Lewisburg.

Streett-Liebetrau speaks often to other organizations, nonprofits and teachers during their in-service about Camp Koala. The camp depends on grants and fundraisers. Its big annual fundraiser is April 4 at Rusty Rail Brewing Company in Mifflinburg.