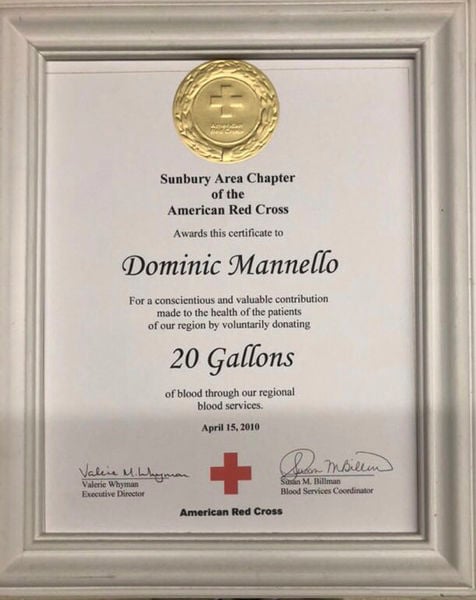 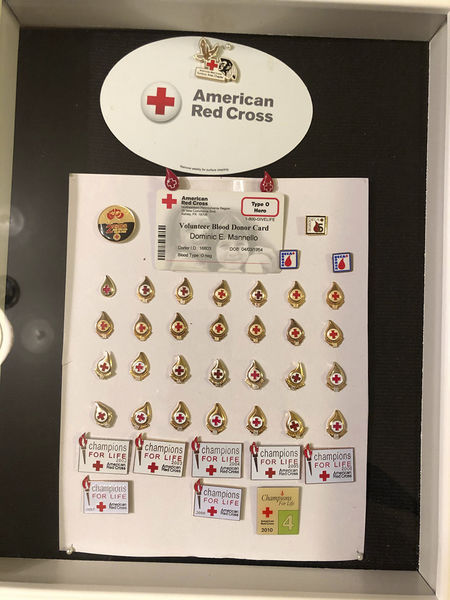 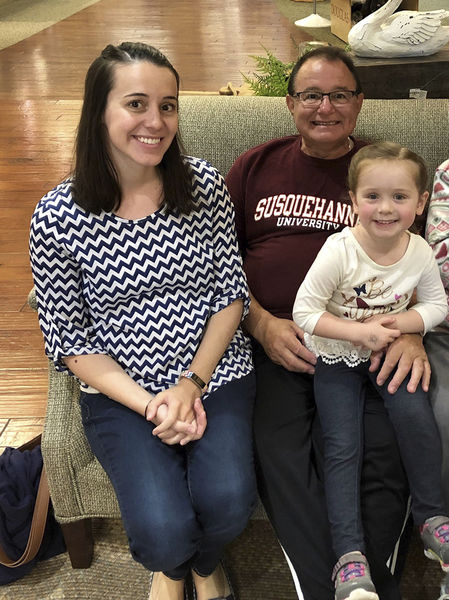 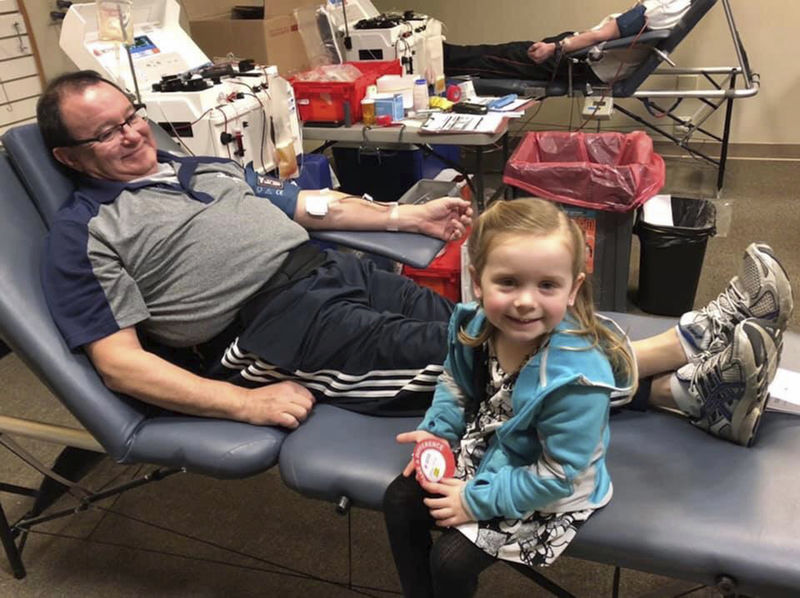 NORTHUMBERLAND — One of the perks of being an eighth-grader at the former St. Mary’s Elementary School, in Kulpmont, was helping with blood drives.

“When I was in grade school, eighth-grade boys used to assist at the blood drives at school, and I couldn’t wait because I wanted to see what a blood drive was like,” said Dominic Mannello, 65.

But when the big day arrived, young Mannello was dealt a harsh blow.

“You’re too small,” the Mother Superior, Sister Basil, told him, explaining that the boys escorted blood donors to the canteen area after giving blood. “You won’t be able to help.”

It would take another five years, until he was a freshman at Susquehanna University, in Selinsgrove, before Mannello donated his first pint of blood. In the meantime, he happened upon a story of a Marion Heights man who had donated 99 pints of blood, or a little over 12 gallons.

“I told myself, someday I’m going to beat that guy out,” Mannello said.

And he did. So far, Mannello has donated 27-and-a-half gallons of blood, or 220 pints. He has given regularly ever since that freshman year donation, stopping only one year when a flu shot caused a false positive reading for AIDS. At that time he was close to the 99-pint mark and didn’t want to risk losing it, so he refrained from donating for a year until the effects of the shot wore off, and he got back into the blood donating schedule.

One blood donation can potentially save up to three lives, according to the Red Cross website.

Alison Mannello Moyer, of Northumberland, remembers her father coming home from blood drives and showing her and her sister, Rachel, the yellow tint of iodine on his arm.

“We were like the nurses.” Moyer laughed. “He’d give us a little Q-tip to get all the iodine off. That was our first exposure to giving blood.”

Both girls helped organize a blood drive when they were in middle school and, in a public speaking class at Penn State, Moyer talked about following in her father’s footsteps. She has had to take a break from giving blood for a while because she’s pregnant with her second child. Nevertheless, she plans on resuming the activity when she can, and like her father, she is already teaching her 4-year-old daughter, Calista Moyer, the value of donating blood. She has taken Calista to blood drives while Mannello donated blood using the Power Red method, which allows people to safely donate two units of red blood cells during one donation while returning plasma and platelets to the donor.

“When I had to have bloodwork done, Calista said, ‘I’ll hold your hand so it won’t hurt,’” Moyer said.

About 38 percent of the population is eligible to give blood or platelets, and only about 8 percent of those people choose to donate. Add to that a handful of blood drive cancellations due to hurricanes or winter storms, and it’s easy to see why each donation is precious.

“I’ve always been amazed. I mean, he’s at 27-plus gallons,” Moyer said. And though, “He never had to stop for pregnancy or breastfeeding,” she sometimes wonders if she can catch up to his donation numbers.

Mannello is scheduled to give a Power Red donation in January and has already received his 28-gallon pin from the Red Cross.

“I gave a pile of times,” he said. “It’s the simplest thing you can do to help someone.”

“They’re Red Cross heroes who help to save lives,” he said. “They may not acknowledge that, but the people who receive their blood also think of them as heroes.”