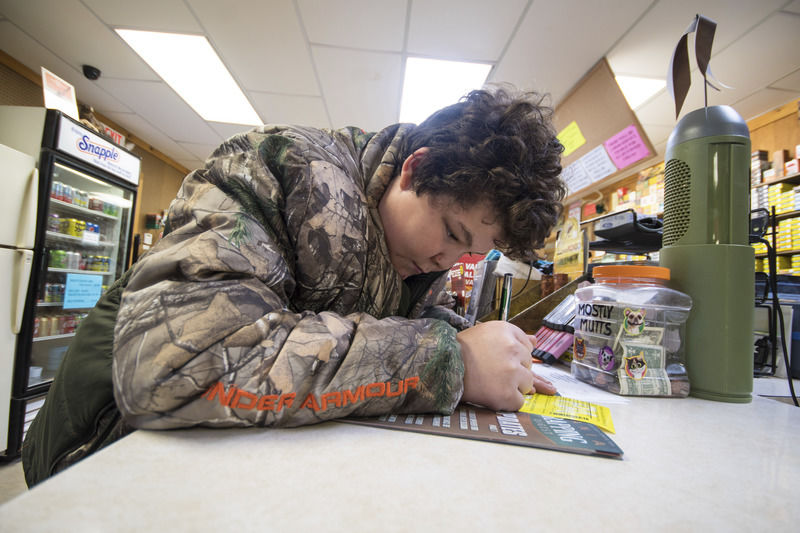 Gage Campbell, 12, of Elysburg, fills out his hunting registration at Young's Sporting Goods in Northumberland on Wednesday. 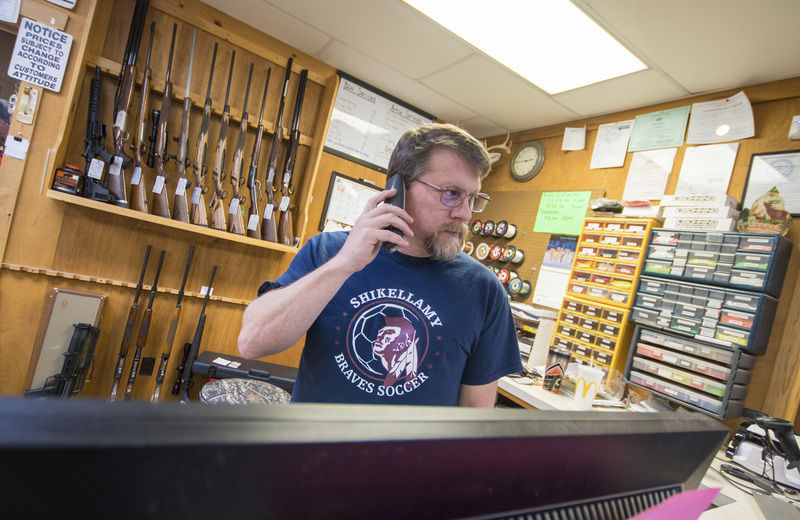 Gage Campbell, 12, of Elysburg, fills out his hunting registration at Young's Sporting Goods in Northumberland on Wednesday.

For the first time since 1963, Pennsylvania's firearms deer hunting season begins Saturday instead of the first Monday after Thanksgiving.

The switch will have an immediate effect, according to Christopher Rosenberry, supervisor of the Game Commission's Deer and Elk Section.

The change also adds a third Saturday to the season — expanding the season from 12 days to 13 to accommodate the new opener — which should allow more hunters like Matthew Barth, of Shamokin, to participate.

"I just started hunting this year after not having hunted since I was a kid," Barth said. "I will definitely be out on Saturday. Most people work during the week and kids are in school.

"When are we supposed to get out and hunt? I know a lot of people are worried about traditions, but we won't have a tradition to pass down if people can't get out and enjoy it."

Ken Young, owner of Young's Sporting Goods, in Northumberland, said Wednesday that "business has really picked up over the last few days. Customers have been coming here in waves. There's a lot of excitement about the start of the hunting season."

The season continues Dec. 2-7 and 9-14. Young said he'd be hunting as well, on opening day and Monday.

Inside Young's shop, Gage Campbell, 12, of Elysburg, was getting his license — and preparing for his first time hunting. He was accompanied by his mother.

"I'm pretty excited to be hunting with my dad," he said. "I've been waiting for this day."

Pennsylvania’s firearms season historically has drawn the biggest crowds of all hunting seasons and consequently has been the state’s principal deer-management tool for more than a century. But for more than 30 years, the Pennsylvania Game Commission has seen a downward trend in hunting license sales.

More than 1.3 million hunters bought licenses in 1982, according to the Game Commission. By 2000, that total had dipped below 1 million.

“Every deer hunter wants to be afield for the opener,” said Pennsylvania Game Commission Executive Director Bryan Burhans. “They spend days and days, scouting, buying specialized gear and getting their packs ready."

The season always is worth the wait, said Ethan Witmer, of Sunbury.

Witmer farms for a living. He said his harvesting for the season was done early, thanks to the good weather, and he was "glad the season is here. I'm looking forward to hunting with my brother."

Larger-racked — and older — bucks are making up more of the deer harvest with each passing year. Two seasons ago, 163,750 bucks were taken by hunters, making it the second-largest buck harvest in Pennsylvania since antler restrictions were started in 2002.

It was the 10th best all-time.

“Despite the increased harvest in 2½-year-old and older bucks, the buck-age structure in Pennsylvania is not old,” Rosenberry noted. “However, it is older than before antler-point restrictions were started in 2002.

“Older, bigger-racked bucks are making up more of the buck harvest than they have for at least a couple decades. Hunters like the bucks in Pennsylvania today compared to what many of them saw 30 years ago.”

“Whether it’s a young hunter’s first deer, or a big buck that fell to a hunter on a dark-to-dark sit, they all matter to these hunters, their families and the communities in which they live,” emphasized Burhans. “Hunting deer has been an exciting Pennsylvania pastime for centuries, and it’s sure to remain that way for many generations to come.”

The law will take effect Feb. 25, 2020, and the first new Sunday hunting opportunities will be identified by the Game Commission thereafter.