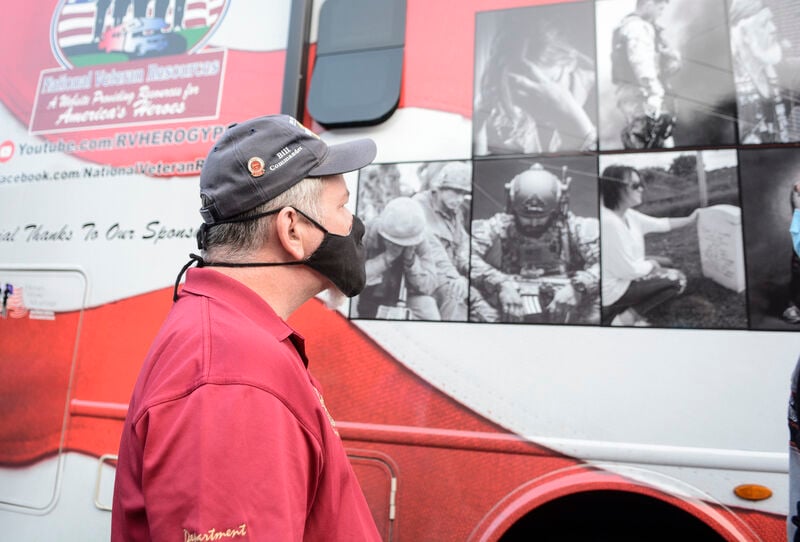 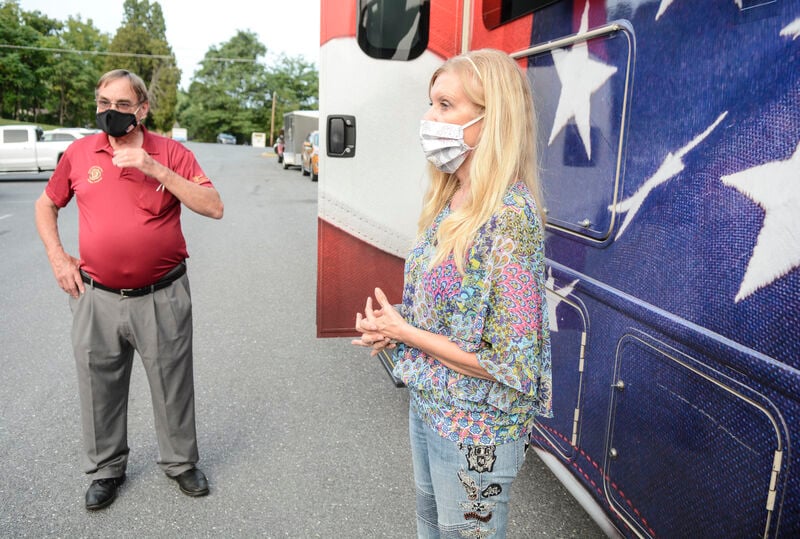 NORTHUMBERLAND — Bill Whitmoyer lived on the streets for a month, having suicidal thoughts and suffering from Post Traumatic Stress Disorder after nearly two decades in the U.S. Army.

"It's impressive," the retired sergeant who served between 1986 and 2004 said. "I'm glad it brings awareness to different places. It shows that someone is thinking about it and not sweeping it under the carpet."

As Whitmoyer walked around the RV, looking at photographs of veterans and hearing their stories, he reflected on his own life. He said he was taking 18 pills three times a day, but the medication wasn't making his PTSD and depression any better.

"They only prescribed me more pills," he said.

Finally, a doctor in Philadelphia listened. That was the first step to recovery: someone actually listening to him, he said.

"I'm deeply involved in the American Legion now, and it's been my therapy ever since," said Whitmoyer. "I like knowing I can help someone else."

The RV was parked Sunday and Monday at the Legion, 309 Point Township Drive. Legion members and residents of the community were invited to meet with Michele Ladd, the founder of National Veteran Resources, a 501(c)3 not-for-profit organization committed to helping veterans get resources for PTSD, suicide prevention and addiction, and her fiance Randy Schue.

"Our goal is to raise awareness and tell everyone the signs of PTSD and what the signs for suicide are," said Ladd. "We're trying to educate. I worked with many mothers around the country who lost their veteran and military sons and daughters to suicide. It's gut wrenching. I told them I would be their sons and daughters voice."

They provided resources, including education, employment, homelessness and other needed services. The mission of the group is to help active duty service members and veterans transition and live the life he/she desires and to eliminate veteran suicide.

Ladd's sons Tommy and Tyler Kosinski, who served in U.S. Marines and U.S. Navy, respectively, were the original inspiration to bring awareness. They left the military with signs of PTSD.

"I give her all the credit in the world for what she's doing," said Simpson. "These are some very critical moments with our veterans and first responders who have been through some crazy stuff."

The RV is headed to North Carolina and South Carolina next, and will Ladd and Schue will go on a 6-week tour of eight states to meet with mothers who have lost veteran children to suicide.

Ladd said she will return to Northumberland next year.