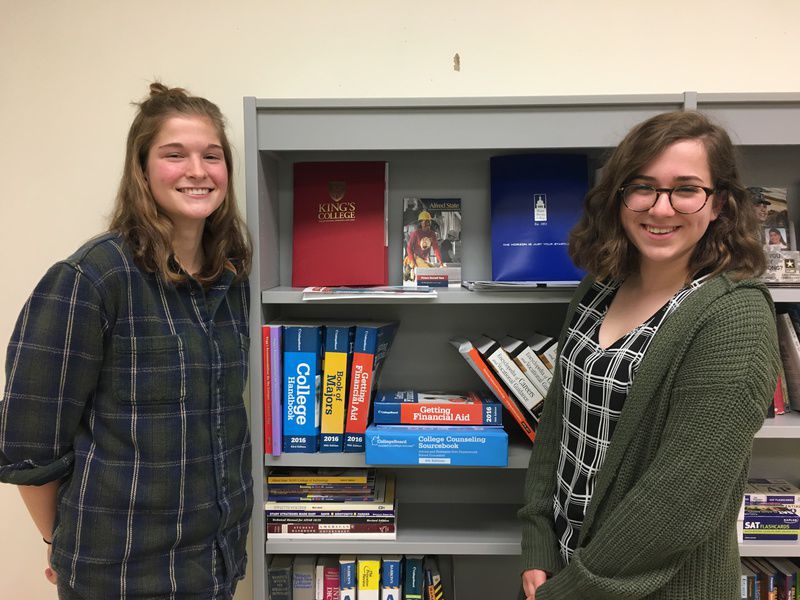 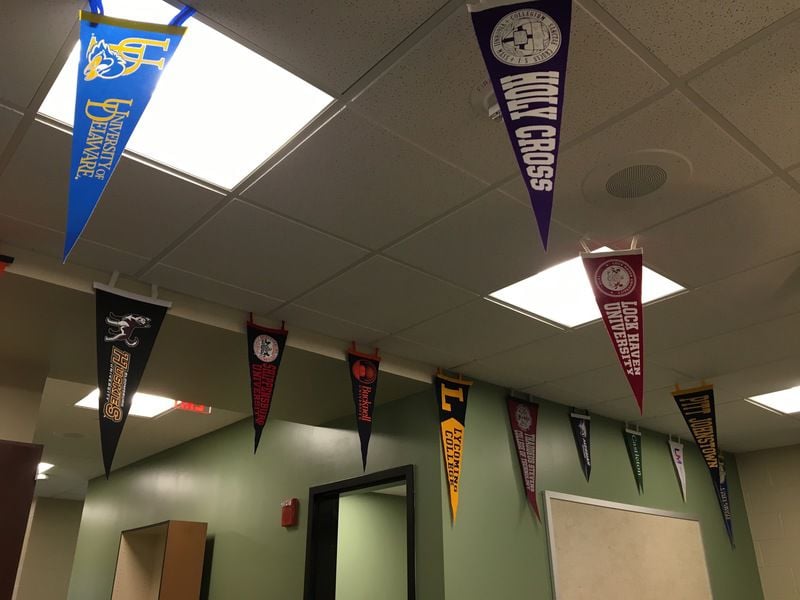 A collection of college and university flags hang in the Lewisburg Area High School guidance office.

A collection of college and university flags hang in the Lewisburg Area High School guidance office.

After careful research and organization, Danville Area High School senior Abby Raup knew American University in Washington, D.C. was her first choice to study politics. She would do anything increase her chances of acceptance.

So Raup got in line first, trying to take advantage of a university's willingness to accept students who apply early, a practice known as Early Decision. The Early Decision option allows students to apply to schools as early as November and to hear back as early as December: As long as they pledge to go to the institution if accepted.

Raup, like thousands of other students, should find out later this month if the process worked in her favor.

"I think I have a good chance at getting in," Raup said. She isn't the only high school senior using the Early Decision option and its non-binding counterpart, the Early Action option, to increase their chances at being accepted at their top choice. Raup's research showed her chances of acceptance greatly improve by applying early: American University only had a 35 percent acceptance rate overall for fall 2015, but 87 percent acceptance rate for early decision applicants.

Rob Springall, the Dean of Admissions at Bucknell University, said they normally prepare for around 40 percent of their incoming class to be accepted during one of their two Early Decision application rounds.

That's the reason Danville Area High School senior Megan Heinle applied Early Action to the Worcester Polytechnic Institute in Massachusetts was the school had a higher acceptance rate for Early Action applicants. U.S. News and World Report notes when compiling its annual ranking of colleges and universities, students who applied Early Decision or Early Action had, on average, a 12.9 percent better chance at being accepted than those who applied regular decision.

The process of shooting for early acceptance is not new, but it is growing more popular, officials said.

"It goes way back, decades back," said Robin Abedon, a private and national Certified Educational Planner located out of Florida. "But it is more prevalent today than 20 years ago."

Vicki Fennell, a guidance counselor at Lewisburg Area High School, said she has seen an increase in her students applying for Early Action over the years. "It seems like more institutions are encouraging students to apply early because it helps them with planning," she said.

Abedon said colleges and universities have been really pushing early admission options in recent years. While the number of college applications a student fills out has increased, she said the actual number of students enrolling in college has dropped.

"They're doing everything they can to get as many applicants as they can get," Abedon said. "What really matters to a college is its yield, how many students actually attend their institution. The only time they're sure they've got you is Early Decision. It is usually considered absolutely unethical if you back out of an Early Decision acceptance."

However, she said there isn't much Susquehanna University can do if a student backs out of an Early Decision acceptance. “Although we are very disappointed when students break their Early Decision commitment, there is little we can do. Susquehanna is not interested in black-balling an Early Decision student from another school and we can’t force them to attend if they don’t wish to,” said Rhyner.

He also said if the Bucknell Admissions Office discovers an applicant has sent out two or more Early Decision applicantions to more than one place, they would be forced to withdraw their application from Bucknell University.

"Some schools share their ED lists with other schools to make sure applicants aren't applying to more than one school," he said.

However Springall said the vast majority of Bucknell's Early Decision applicants apply fully aware and accepting of the terms and conditions. "It's a gentleperson's agreement," he said. "We're very grateful for that level of commitment."

Gary Grozier, a guidance counselor at Danville Area High School, said the college admissions process has become more intense and competitive since he applied to school.

"Unless you have children in high school or college, I don't think you would understand how difficult it is for them to get into college," he said. "The increase in Advanced Placement courses and duel enrollment at local colleges have made students more competitive."

Fennell has also noticed the increased competitiveness of the admissions process. "Students and parents today work very hard to make good decisions about their post-secondary education," she said.

Raup said in addition to the 10 Advanced Placement courses and 7 to 8 college courses she enrolled in throughout her high school experience, she is also class president and vice president of Planet environmental club as while as in cross country, winter track, spring track, National Honors Society, Student Government Association and Future Business Leaders of America.

Heinle balanced seven AP and eight college courses with her duties as the founder of the Health Career Club, the treasurer for both the Key Club and National Honors Society, and a member of both the Student Government Association, and the Future Business Leaders of America.

Abedon said even early admissions options and a well-rounded resume doesn't always guarantee students will get into their dream institution.

"This is a very uncertain game," she said. "It is hard to figure out why some get accepted and some don't."