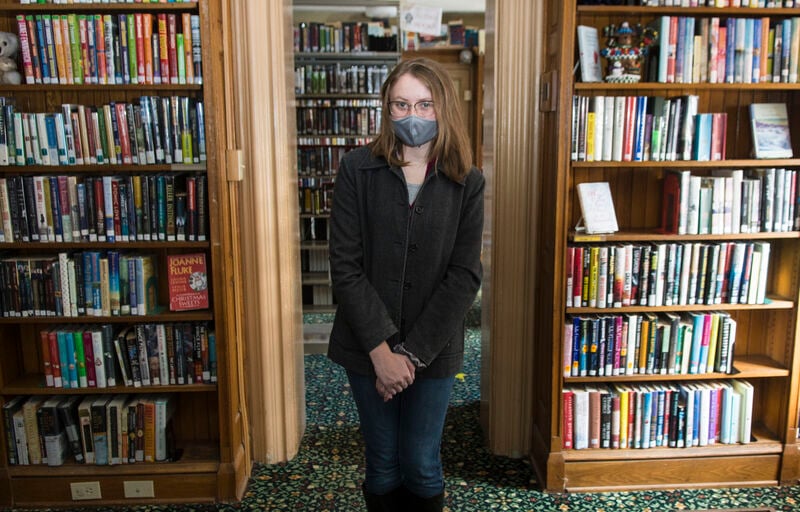 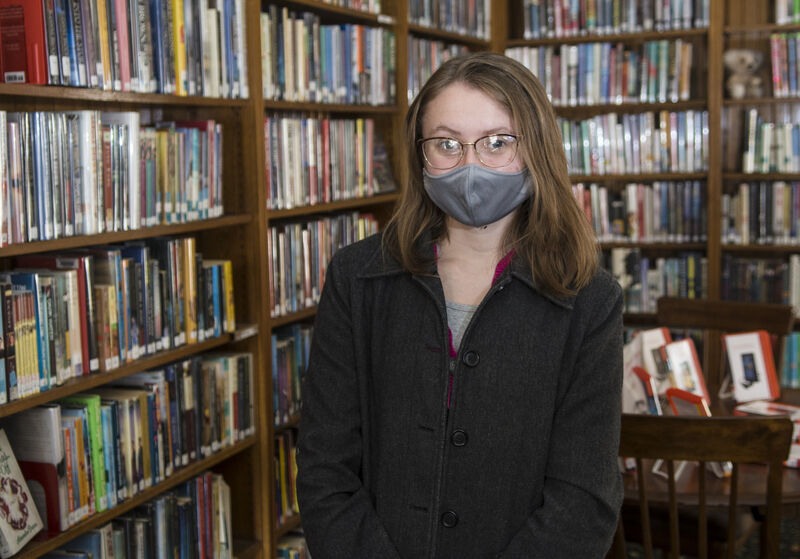 With the COVID-19 pandemic hitting the Valley hard, two student interns stepped up and made a difference at the Priestley-Forsyth Memorial Library this past summer.

Kaitlyn A. Carey and Brendon Strevig, 22, of Northumberland, helped the library over the summer reach kids in ways they never thought they would have had to.

Both Carey and Strevig were nominated by John Deppen, who serves as the president of the board at the library.

"The COVID-19 pandemic forced libraries all over our Valley to make difficult choices this year," he said. "The Priestley-Forsyth Memorial Library closed for several weeks in the spring, but we decided to reopen this summer with numerous COVID-19 mitigation procedures in place, included limited hours for patrons."

That's where Carey and Strevig began to use their creativity, Deppen said.

"Because COVID-19 kept our library from offering its usual array of in-person programs, Kaitlyn and Brendon used their creativity and familiarity with internet technology to offer fun and instructive video presentations on several social media platforms, including Facebook, Youtube, and Twitter," he said. "These videos reached library patrons of all ages and allowed us to continue our programming in unexpected and entertaining ways."

Strevig said the two brainstormed and have produced more than 100 video's reaching countless amounts of children.

"It was a lot of fun," the 22-year Lock Haven University graduate said. "We had a blast, and I think we needed to come up with something quickly, and this just worked out."

Deppen said it more than "worked out."

"While Brendon's work was done mostly behind the camera, Kaitlyn manifested a star quality in front of it, using her background in theater as well as her abilities as an art education student at Indiana University of Pennsylvania to infuse each video with a unique quality," he said. "It is no exaggeration to say that Brendon and Kaitlyn's efforts kept our library in the public eye at a time when other libraries were not even open to the public."

Carey said it's her fourth year at the library and she graduates from college next year.

"I love doing this and I want to help as much as possible," she said.

"At first we started making videos to engage kids while they were stuck at home," she said. "Once we started to come into the library, we started to assemble kits, and we did themes. We did Star Wars and things like that. I dressed up as various fairytale characters and the kids truly enjoyed it."

Deppen said the library learned from Carey and Strevig.

"In particular, our Youth Services Coordinator, Kimberly King, learned new tools and techniques from Brendon and Kaitlyn that she continues to use in presenting online storytimes and other video presentations for children," he said.

For Carey, being recognized was a complete surprise.

"This was a total shock," she said. "There are so many people deserving of this. Take the essential workers who kept us all going during this difficult time. They deserve this."