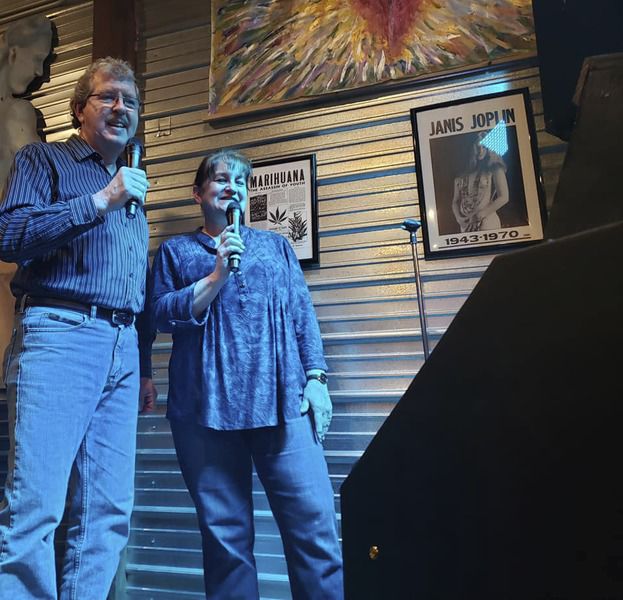 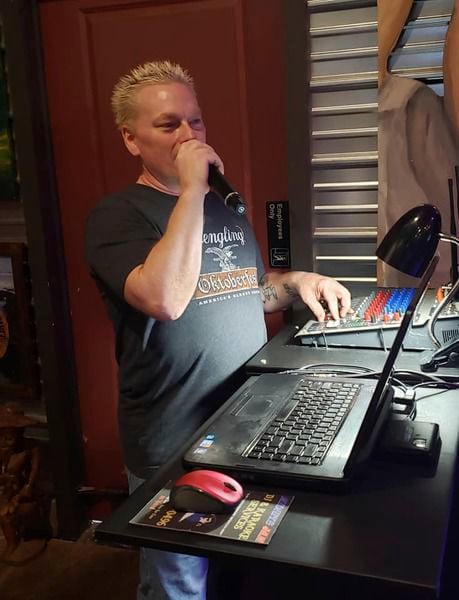 SUNBURY — Whenever June and Steve Campbell's children are trying to contact their parents on a Saturday night, they might try to find them at the closest karaoke gig.

The Northumberland couple of 42 years sang karaoke on a cruise in 2006 and they have been hooked ever since. They frequent the local bars, clubs, restaurants, fire halls in the Valley — on Saturday night they were at Iron Vine Winery at 322 Raspberry Avenue with Midnite Jam.

"It's our empty nest thing to do," said June Campbell. "Our kids call and we tell them we were out singing. We have lives now."

June's go-to song is "Money" by the Beatles while Steve's is "Kryptonite" by 3 Doors Down. They often sing duets during Christmas.

Howie Miller, the owner of Midnite Jam, said he has been DJing for 30 years and hosting karaoke nights for 10 years. He said karaoke has gained in popularity in recent years to the point where he is booked each Thursday, Friday, Saturday and every other Tuesday while maintaining his full-time job as a mixer at Bimbo Bakery in Northumberland.

"I meet a lot of great people, people that I consider friends," said Miller. "They come out on a regular basis. They enjoy it, and there's camaraderie and friendship with other people."

Bob Thomas, of Selinsgrove, is more commonly known as "Cowboy Bob" in the local karaoke scene for the last 20 years. He sings southern rock, old and new country; his most recent favorite is "The Ride by David Allan Coe.

"You get a good group of people here," he said. "It's all about seeing people smile and tap their feet and maybe come in from the other room to see who is singing. It makes a good night."

Miller, who also has inflatable guitars and props for those who are too shy to sing, said he also participates as much as he hosts.