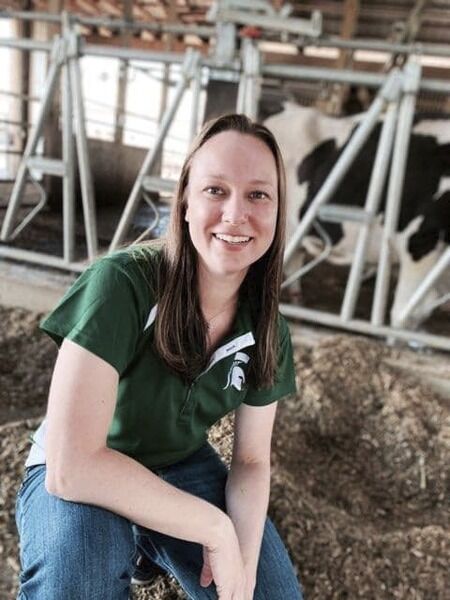 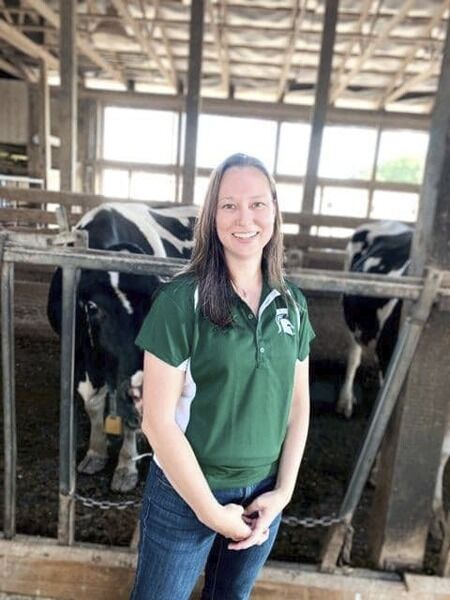 Tasia Taxis, an assistant professor in the Department of Animal Science at Michigan State University and 2004 graduate from Line Mountain High School, is looking to build off of work already accomplished by MSU’s bovine leukemia virus (BLV) team and further advance development of research designed to limit the spread of the disease. Very few studies have looked at the calves and their development with BLV exposure.

“It is one of the most exciting things that I’ve had happen,” said Taxis, 35, who grew up in Dorsnife. “It’s the first time I’ve applied for it. It usually takes two to three times. To be funded on the very first go, I’m ecstatic and I’m excited to see where the project takes me.”

In high school, Taxis was not part of the FAA or 4-H programs, but she job shadowed at the Sunbury Animal Hospital and had a passion for biology and science classes. She earned her bachelor’s degree in animal science with a focus on biotechnology and forensic science from Purdue University in Indiana. She earned her master’s and a doctorate in bovine genetics from the University of Missouri. She finished her doctorate program in 2016 and started working at MSU in 2017.

BLV is a retrovirus of cattle and is related to retroviruses of other mammals, including HIV in humans. BLV causes Enzootic bovine leukosis, a contagious disease of cattle, that can cause cancer of lymphatic tissue. Animals that have this cancer often die within months of the onset of clinical signs, which can include tumors throughout the body, loss of appetite, weight loss, weakness, fever, abnormal breathing, bulging eyes and partial paralysis of the hind legs, according to an MSU release on the grant.

Taxis is researching if BLV can be detected earlier in a calf’s life, and whether genetic selection can be used to stop the proliferation of the disease within a herd.

Taxis will work with dairy farms across the state to implement her research. She hopes to complete herd enrollments this fall and start the study with new calves early in 2021. She will be working with two graduate students on the project.

“BLV leads to all sorts of issues,” said Taxis. “The cow doesn’t live as long, it’s not as healthy, it doesn’t produce milk. It costs producers a lot of milk and money. This study will help determine management techniques, to lessen the prevalence or eliminate the virus completely out of the herd.”

Most studies have focused on adult animals because they show symptoms, but this new study is flipping it, she said.

“Typically, what we’ve looked at has been the milking herd, so the older cows after they’ve already had a calf and are starting to produce milk,” Taxis said. “But the thought is that maybe the calves become infected with the virus, and they don’t really show sickness until they become pregnant or have their first calf.

The benefits of having a BLV-free herd include being certified, which opens up a business and also animal welfare, she said.

“You have healthier animals on a farm that live longer,” said Taxis. “Producers will enjoy that.”

Taxis still has family living in Dornsife, including her mother, Mary Ann Taxis.

“Our daughter pursued her dream of working with animals (animal research) from a very early age (5th grade),” said Mary Ann Taxis. “She set her sights on attending Purdue then the University of Missouri working with very talented mentors/people to get to where she is today. Although we do miss her very much since she has been away since High School we can’t be any more proud of her and her accomplishments. She loves what she does and always gives 110 percent for her work. We just love her to pieces.”