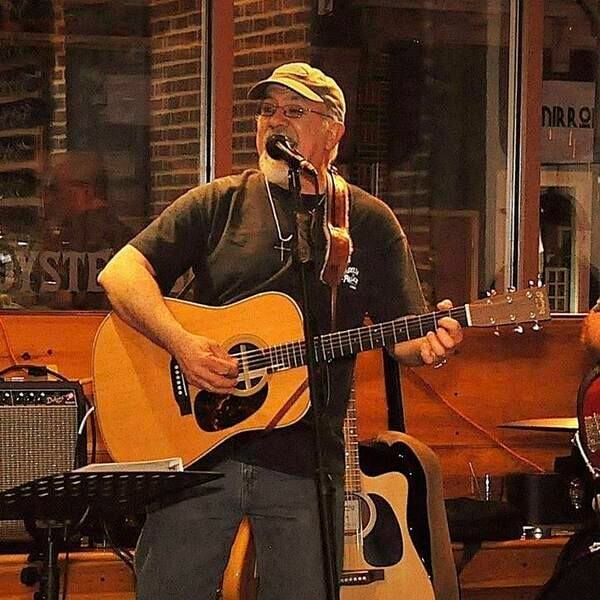 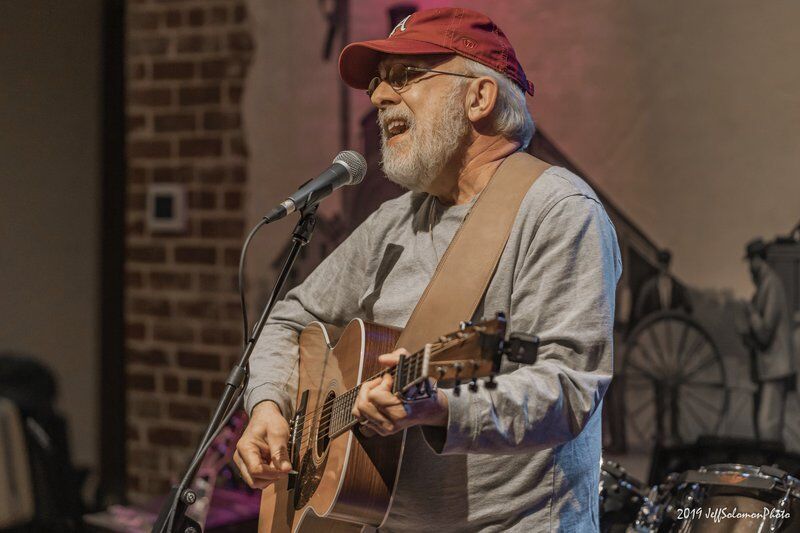 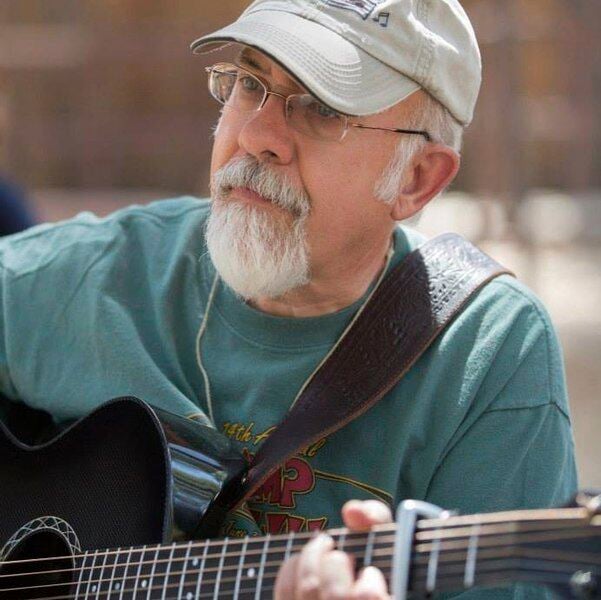 DANVILLE — Woody Wolfe recalled the letter he received from a young woman he sang to years ago.

She had been a patient in Phoenix (Arizona) Children's Hospital at the time, and she wrote that she wasn't sure he would remember her. She was feeling discouraged during her time in the hospital. Until he sang one particular song.

"You sang 'Puff the Magic Dragon,'" Wolfe read from the letter. "Your songs were the one thing that took me away from the number of surgeries."

She told him she is now a nurse and had kept the tapes of Wolfe's music for years.

"My tapes have since worn out," she wrote, "but I still carry your songs in my heart."

Wolfe has heard many similar stories from former patients or their families, ever since the former Life Flight communications technician and paradmedic began singing to young patients at Geisinger Medical Center in the 1980s then later at hospitals and camps around the country.

What started with a ride on Life Flight for a 17-year-old cancer patient turned into Wolfe's Heart to Hand Ministries, his one-man nonprofit charity to offer emotional and spiritual support to critically and chronically ill children and their families in hospitals.

Its mission, according to its website, "is to reach out through music, word and service, with the love, compassion and Good News of Jesus Christ to those who are in the midst of trial — especially children who are suffering from critical and chronic illnesses and their families."

For carrying on this mission, Wolfe was nominated this month as someone who had Made A Difference in the Central Susquehanna Valley.

"I've been blessed as much as anyone," said Wolfe, 67, of Danville. "In the midst of this, I told my wife, I am not ready to retire. This is just like taking a breath. This is what you do."

He said it is a privilege to do what he does.

"Most people never get to meet their heroes," Wolfe said. "I get to sing to mine every day."

Gets to know patients, families

He has gotten to know the families of many long-term patients, those awaiting a heart transplant or fighting cancer. Some don't make it, and families have asked him to sing at their child's funeral. He has done this around the country for families he has met in such places as Arizona, South Carolina and Florida.

One year, he sang at 40 funerals, half of them oncology patients. The number of kids with cancer led him a few years ago to get Danville businesses and the borough to "Go Gold" to raise money to fight childhood cancer. He said he got Mayor Bernie Swank to issue a proclamation recognizing the issue, and the police put gold bows on parking meters.

He said the number of people providing specialty care for pediatric cancer and other illnesses at Geisinger's Janet Weis Children's Hospital made it look like a children's hospital.

"When you hear Woody in front of a patient's door providing comfort and soothing, it sounds like a children's hospital," Maffei said.

Many of former patients or families that Wolfe has met send him letters.

"The letters are a treasure to me," Wolfe said. "I have two huge filing cabinets where I've kept them over the years. Every picture that gets sent, I add it to my wall."

His hospital routine has remained the same over the years. He moves from room to room, introduces himself and asks the young patient or family member if they would like to hear a song, whether it's songs such as "Itsy Bitsy Spider" or a song about boogers for younger kids, or Carole King's "You've Got A Friend," for those who are older. He also does some original songs.

If they are not in the mood for a song, he is not offended, he moves on.

That ride on Life Flight that got this rolling in 1981, when he was a communication tech for the new helicopter service, came about when a nurse called and said she had a 17-year-old oncology patient named Dwayne who watched Life Flight coming and going every day from his hospital and was intrigued. He wanted to go for a ride.

Wolfe arranged for Dwayne to go along on a ride.

"He said, 'This is so cool. the hospital is so boring,'" Wolfe recalled. "I happened to say I play a little guitar, maybe I'll come and see you."

He did and other requests came in.

An emergency medical technician (EMT) at the time who also ran with the Danville Ambulance, he and other EMTs who worked with Life Flight went on to become paramedics.

In 1989, Wolfe started singing and playing at medical camps in Florida, South Carolina, Georgia and Kentucky while still working as a paramedic.

"I had started to take a lot of time off. I said it's not fair to my co-workers."

On Nov. 6, 1992, he began doing his music ministry full-time, frequently traveling to children's hospitals and camps around the country, from Philadelphia to Arizona and Montana, lining up stops along the way and collecting stipends to cover expenses.

He also was working on a book occasionally, but with the pandemic, he has been doing that on video, a chapter at a time that he posts online. He includes in his book the story of Dwayne, who later lost his battle with cancer, so his family will know he is not forgotten.

"Every kid I met since then is a result of meeting that kid," Wolfe said.

The pandemic also has kept him out of hospitals, so he has taken his performances to Facebook Live.

"The online concerts on Faceboook Live, that really started with the pandemic, when things got shut down on the16th of March," he said. "For my first online concert I dressed in green. I didn't know how it was going to work."

He was doing those every day at 4 p.m., but he scaled back to five days. He has been doing Christmas concerts this month.

While his singing and playing are popular, not everyone was a fan of him saying the virus was not a hoax and talking about the importance of wearing masks.

He took two months off from Facebook because of comments such as, "You just need to sing. We don't need your two cents about masks."

One such comment came from a family whose daughter he sang to in the hospital when she was sick.

He hadn't realized people could be so mean and cruel.

"People complain about masks. I've been singing to masks for years," Wolfe said. "I also wore a mask."

Sometimes he also wore a gown and gloves to protect the patients.

"I could have a cold with no symptoms and I go in there and it could be deadly to them," he said.

The negative comments are few, though.

"I feel more selfish than anything. Who wouldn't want to hang out with a place like that where you see compassion practiced. As a grandfather, I want that for my grandchildren," said Wolfe, a father of two boys and grandfather of two girls.

He guessed he has written maybe 200 songs. During the pandemic, he finished two albums but doesn't know if he will ever release them. One is geared toward adults, and one includes an anti-bullying song.

"The journey that we travel has a lot of bumps in the road, sometimes major traffic accidents," Wolfe said. "I'm strenghtened when I walk in and see them. These families have helped me to be stronger."