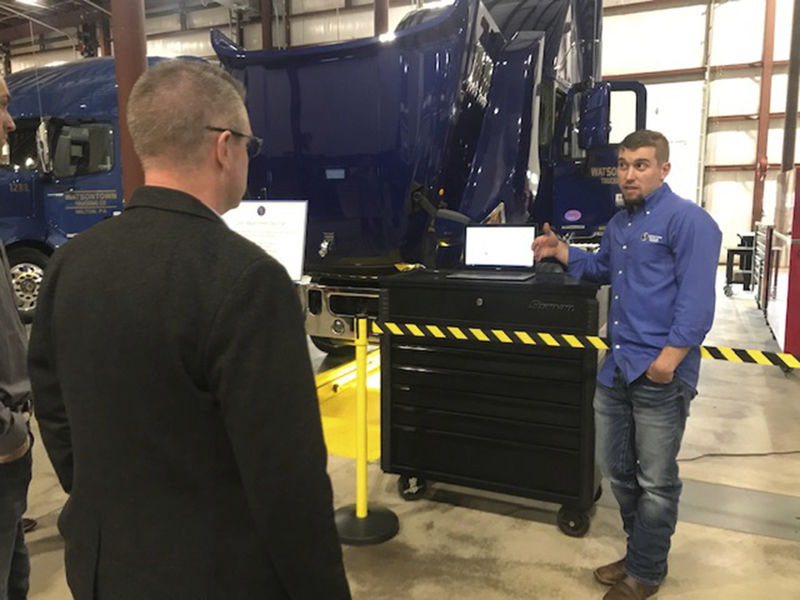 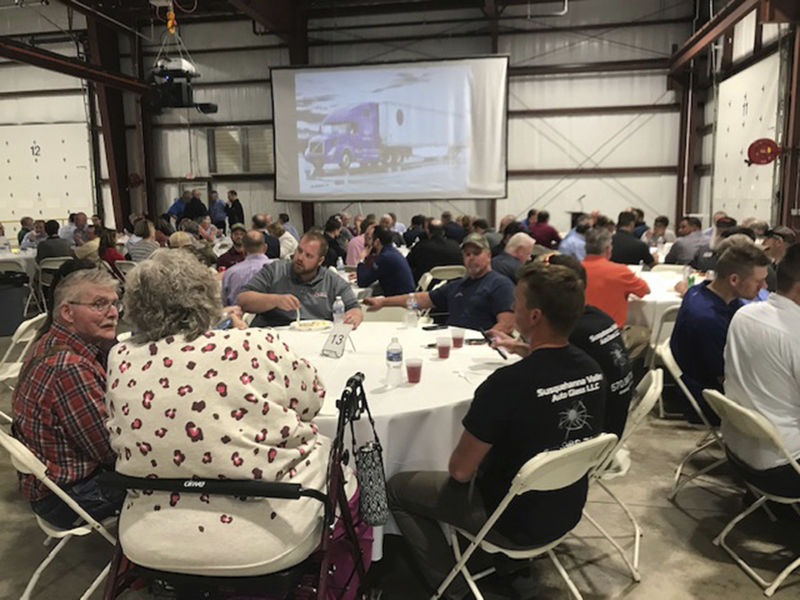 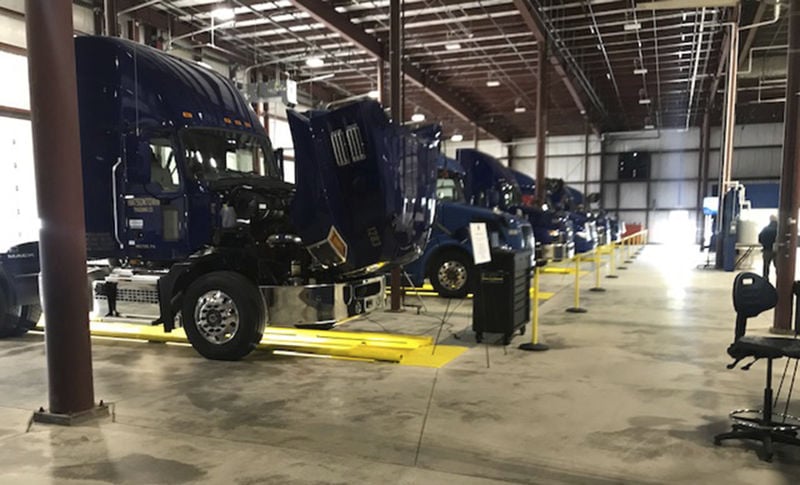 MILTON —  A 40,000-square foot maintenance facility owned and operated by the Watsontown Trucking Company and Patton Warehouse, or WTC-Patton, opened Thursday in the Milton Industrial Complex.

The state-of-the-art building is a step toward a future that WTC-Patton owner Steve Patton believes can establish the Milton Complex as a key warehousing stop along the I-80 corridor.

"This area is ripe for a distribution operation," Patton said.

In a wide-ranging speech to more than 100 customers, service providers, and staff, Patton explained that he would be proposing that two more warehouses be built in property across from 28 Patton Drive. The company is also building facilities in Columbus, Ohio and other venues in Virginia and North Carolina.

"Twenty-five years ago today," Patton said, "I took over as owner. I shook hands with the former owner of Watsontown Trucking."

The new maintenance building, part of the $9 million WTC-Patton complex, has eight full bays for trucks in need of repair, added Jared Brokenshire, director of operations.

"With the new technologies and all this space, we should be able to handle most issues that arise," Brokenshire noted.

Another cost-saving plan involves setting up a network of "relay stations" along truck routes. The idea is that WTC would not need to buy more expensive sleep cabins. Every driver would navigate their route and then be home that same day.

The company has also embraced technology, as both a safety and cost-saving measure, Patton said. All trucks have GPS tracking, and cameras.

The cameras are event-activated, Patton said, explaining that if there are accident events, for example, they will have a video record to deal with potential litigation issues.

"I had been thinking about starting a warehousing business, which seemed to be something closely allied to having a trucking company," he said.

Overall, WTC and Patton employ 550 people in states around the country.

The afternoon presentation began with remarks by Pa. House Rep. Fred Keller, R-85, Kreamer. Keller is running for the U.S. Congressional District 12 seat in a May 21 special election.