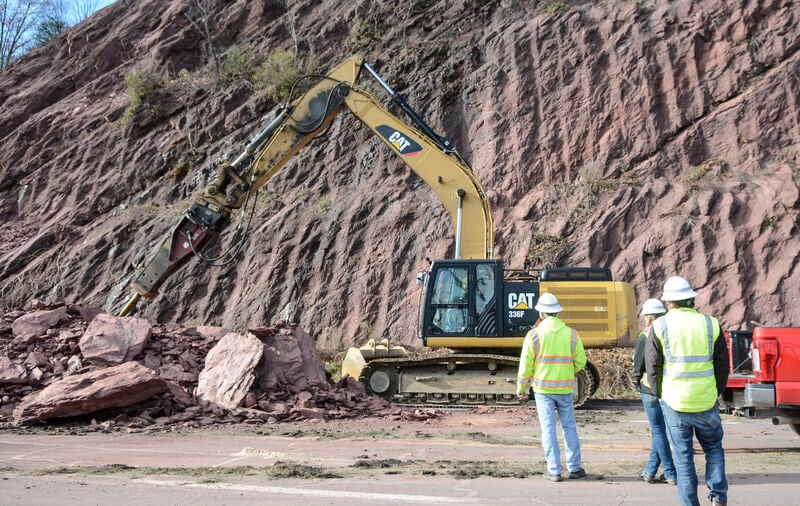 Robert Inglis/The Daily Item Construction workers were in the process of breaking up larger rocks Wednesday morning that were involved in Monday's rock slide on Route 11 in Point Township. 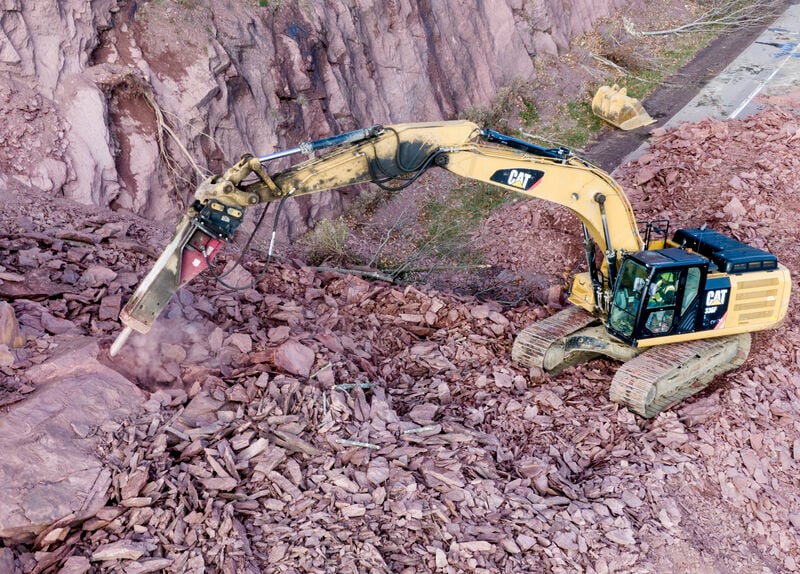 Robert Inglis/The Daily Item Construction workers were in the process of breaking up larger rocks Wednesday morning that were involved in Monday's rock slide on Route 11 in Point Township.

DANVILLE — Work on removing the more than 7,500 tons of rock that fell in a landslide onto Route 11 early Monday morning has begun, said a spokeswoman from the Pennsylvania Department of Transportation, late Wednesday afternoon.

"The contractor, New Enterprise Stone and Lime Co., of Winfield, moved equipment into the area of Route 11 where the rock slide occurred on Monday, Nov. 16," said Maggie Baker, of PennDOT.

Once the contractor begins removing debris and assessing the embankment as well as the roadway, she said, "PennDOT will be able to provide a timeframe on how long the roadway, from Northumberland to Danville, will be closed.”

The rockslide, which is approximately 2.2 miles west of Danville, was triggered by heavy rainfall on Sunday night, said PennDOT engineer Lloyd E. Ayres.

This rock slide is southwest of a May 2019 rock slide on Route 11, Ayres noted. "This area of Route 11," he explained, "has a very high and steep rock-cut located along the roadway. The slides have occurred due to the bedding angle of the rock and the continual weathering of the rock."