Robert Inglis/The Daily Item The Panda Hummel Station is now capable of providing up to 1,125 mega watts of power to the grid. 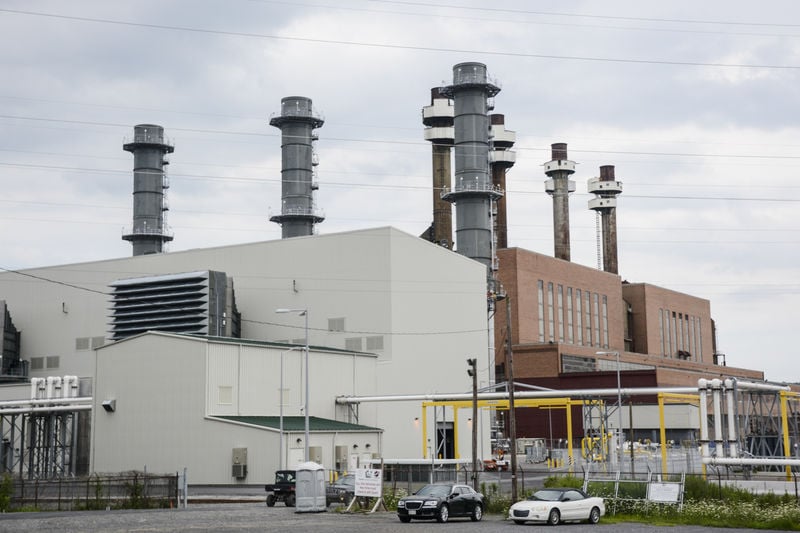 Robert Inglis/The Daily Item The Panda Hummel Station is now capable of providing up to 1,125 mega watts of power to the grid.

SHAMOKIN DAM — The Panda Hummel Station power plant has been operating at full capacity since mid-June, and is now capable of sending a maximum of 1,125 megawatts of electricity daily to the northeast power grid, said the power station's general manager.

Bechtel, the construction contractor, completed work on June 4, and "we've been in control ever since," said Michael D. Stahr, of Panda Hummel, on Monday.

A series of testing protocols, measuring emissions, reliability, and maximum output was completed before the system was handed over from Bechtel to Panda.

"Since June the system has been operating smoothly," Stahr said. "Although like anything new, we've had to make some minor tweaks to the system. I believe we've had only one planned shutdown day since June."

"Right now," he said, "on a typical day, we're producing a full-time generation of 1,025 to 1,050 megawatts of electricity. But we certainly have the ability to produce 1,125 megawatts if needed."

The billion-dollar natural gas-fueled combined-cycle power facility will supply electricity to more than 1 million homes in the northeast, according to Bechtel.

Meanwhile, Dave Meehan, formerly of Sunbury Generation, and now with a "development group," has submitted site development plans for a neighboring power plant.

Meehan, on Monday, said he had no updates and no reported progress subsequent to the submission.

"It's all about investors," Meehan said. "This is a market-driven situation and if there is capital looking to invest, this next facility would be a likely candidate. At the moment, that is not the case."

Panda is a great facility in a great location, he said. "And if we had the investors and the capital, I'd do a new project in a second."

The Panda Hummel Station power plant replaces the 400 megawatt Sunbury coal-fired power plant that was decommissioned in 2014 due to low natural gas prices and the introduction of strict environmental regulations by the U.S. government.