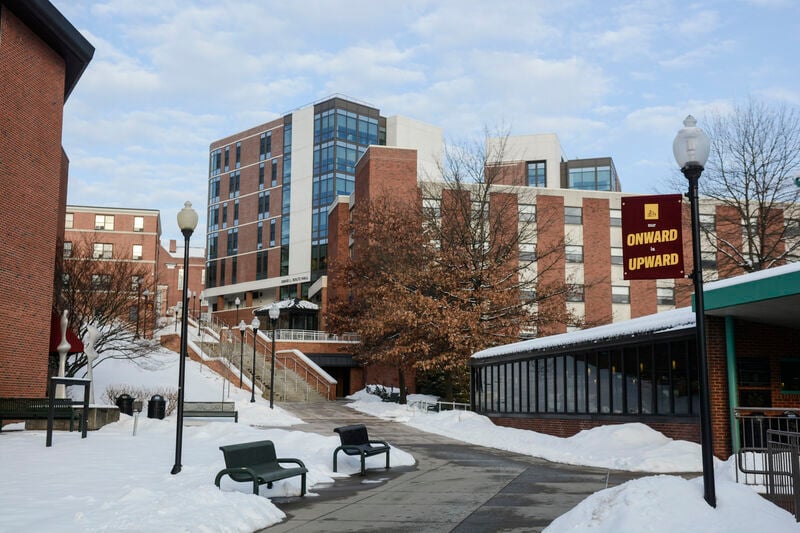 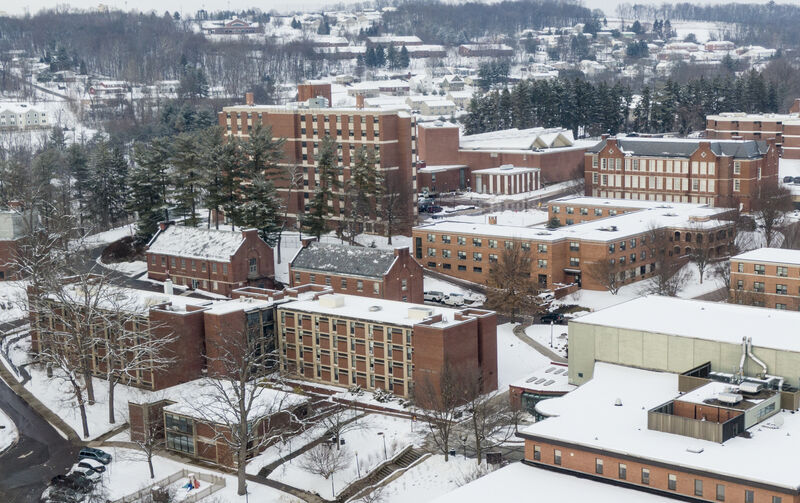 Robert Inglis/Drone Photo The Daily Item Bloomsburg University had a fresh coating of snow on Tuesday. 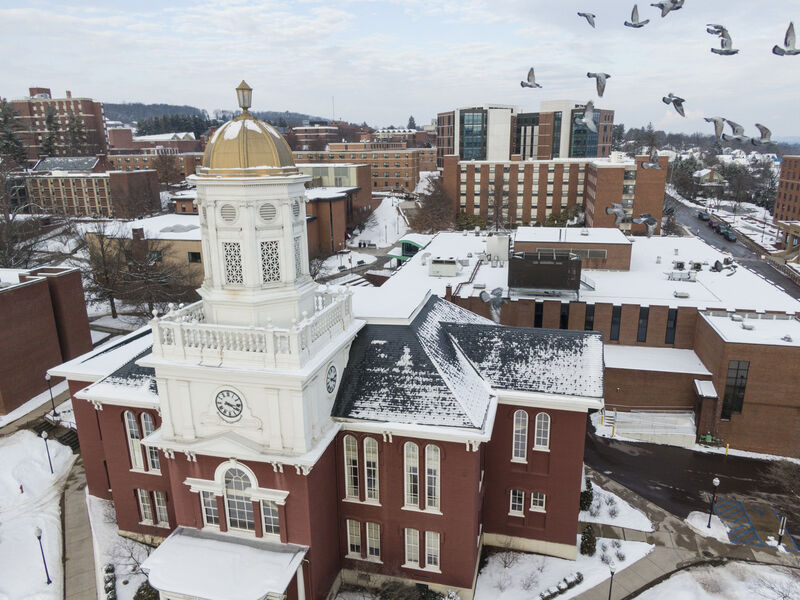 Robert Inglis/Drone Photo The Daily Item Bloomsburg University had a fresh coating of snow on Tuesday.

A big chunk of that came from the lost room and board payments, Greenstein said. The state system has gotten about $85 million in COVID relief but that’s only a fraction of the system’s losses so far, he said.

“It’s devastating,” Greenstein said during a hearing before the state Senate education and appropriations committees.

Enrollment at the 14 colleges in the state system was down 2.6% in the fall, Greenstein said. That’s not as bad as some of the enrollment declines reported at similar college systems across the country, he said.

This comes as the state system was already working on a redesign effort intended to stem financial losses due to declining enrollment.

The state system board is supposed to see preliminary plans for those mergers in April. If the board moves forward with those plans, there will be a 60-day comment period before the plans are finally approved, with an aim toward having the new university combinations in place by the fall of 2022.

Greenstein said one of the goals of the merger plan is to cut the overall cost of attendance by 25 percent and to cut the cost to students by 10 percent.

One way the system may be able to cut costs for students is by finding ways to get more students started while they are still enrolled in high school, Greenstein said. With these dual-enrollment programs, high school students can earn credits so that they graduate more quickly when they enroll at the college level, he said.

“They can significantly press down the cost,” Greenstein said.

State Sen. Lindsey Williams, D-Allegheny County, questioned whether the state system is doing enough during the redesign process to make sure students’ views are being taken into consideration.

Greenstein said the state system surveyed both current and prospective students to determine what kinds of concerns they had about the redesign process.

State Sen. James Brewster, D-Allegheny County, said considering how important the universities are to the communities in which they are located, the system should be working hard to involve local officials, such as school superintendents, school board members, mayors and chamber officials, in their planning.

“They are the stakeholders,” he said.

State Sen. Scott Martin, R-Lancaster County, the chairman of the Senate education committee said that in addition to the plan to integrate the six universities, the redesign has a variety of other implications, including:

"Redesigning the state system is an absolutely enormous job, but PASSHE and its member schools are doing an incredible job of embracing this challenge and working in good faith to ensure the system can not only survive, but also thrive well into the future,” Martin said.