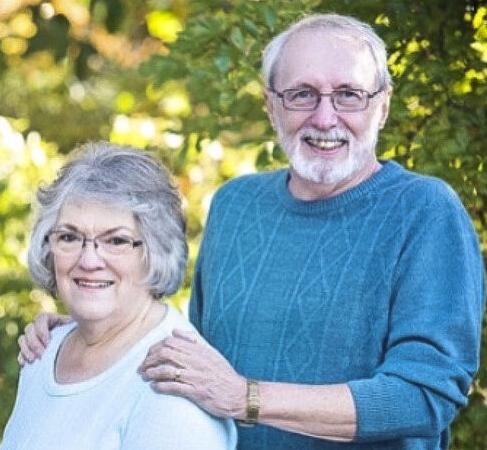 Marilyn and Gary Webb pose for a photograph. Gary Webb died of coronavirus on Dec. 2. 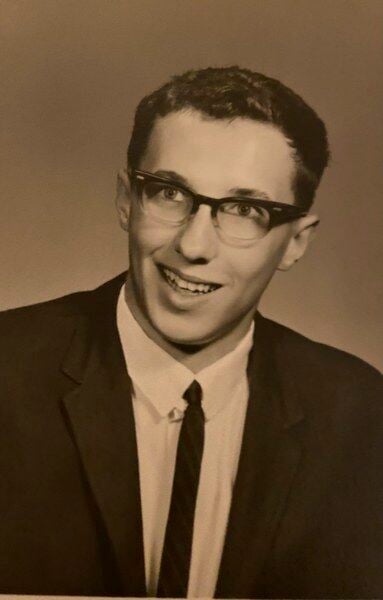 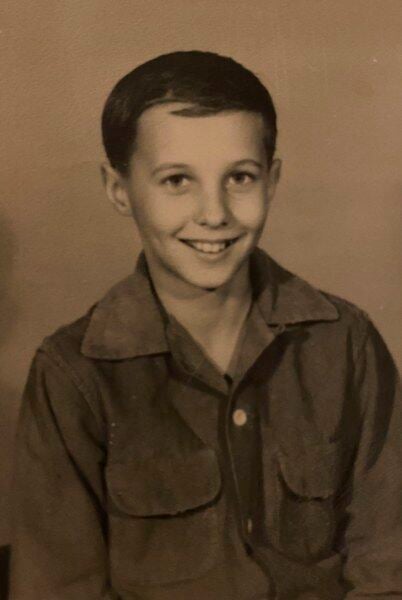 Marilyn and Gary Webb pose for a photograph. Gary Webb died of coronavirus on Dec. 2.

A month ago, Gary Webb, a retired U.S. Air Force veteran, was enjoying his family, fishing and preparing for the hunting season.

The 73-year-old Sunbury resident contracted COVID-19 in November. On Dec. 2, following only two visits with his loved ones while he was hospitalized, Webb lost his battle to the novel coronavirus.

His daughter, Michelle Webb-Treas, 45, of Sunbury, recalls two emotional conversations in the final days. The first was her own talk with a Geisinger Medical Center doctor while traveling to Danville to see her father for the last time. The other was between her mother, Marilyn Webb, 73, while visiting her father on FaceTime.

Webb-Treas said, on the day of her father's death, the doctor told her "I feel so sorry I couldn't do more for your dad. I'm so sorry we couldn't make this better."

During a FaceTime conversation on Thanksgiving, Webb-Treas said she got another reminder of the love her parents shared.

"I love you," Marilyn Webb said to her husband of 50 years. "I love you more," Gary Webb replied back, according to Webb-Treas.

Webb, a lifelong resident of Sunbury, served as a B-52 airplane mechanic during the Vietnam War. He returned to his hometown and worked as a supervisor at Paulsen Wire Rope for more than 30 years.

Webb-Treas said when COVID-19 began to spread in March, the Webb family started to practice social distancing and make sure to keep an eye on her dad, as well as the rest of her family. Webb-Treas said her father had some underlying health issues, but nothing that wasn't under control

For the first time since March, in November, Webb-Treas and her family were confident no one was sick or showing any signs of COVID-19. So the family got together for a short time on Nov. 1.

"We had the very first get together. My brother and family went to my mom and dad's and had soup," she said. 'We were not even there long and it was just us."

Shortly after the visit, the nightmare began. COVID had become a reality for the Webb family.

As the family went to get tested for COVID-19, results continued to come back positive after positive.

"Not long after that, we found out someone had been exposed," Webb-Treas said. "Slowly but surely, my brother tested positive, his wife and daughter both tested positive and my family never had symptoms."

Then Gary Webb started to get sick.

"He was starting to say he was feeling weak," Webb-Treas said. "He and my mom get tested and the next day my dad was contacted and told he and my mom were positive. My mom told the hospital she was concerned with his oxygen levels and the nurse said take him to the hospital."

By Nov. 10, Gary Webb was admitted at Geisinger Medical Center, in Danville, and was in an intensive care unit set up as a COVID-19 floor, Webb-Treas said.

The highly contagious virus has forced hospitals across the country to limit visitation for COVID patients. That limited the personal interactions with Webb for days.

From that day, Gary Webb remained on the ventilator. His family couldn't see or speak to him. All they could do is wait for Geisinger medical staff to call with updates.

Which they did, often, Webb-Treas said.

"We hung to waiting to hear good news updates," she said.

The Webb family received one.

"We got a call from a doctor the Sunday before Thanksgiving and was told my father was doing well but he was continuing to rotate on his back and stomach for comfort," she said.

"They told us there was a chance he was going to come off the ventilator."

Webb-Treas, who said she spent time in the medical field, said she was looking at the daily progress report, and she was still concerned.

"On Thanksgiving, at 11:30 a.m. he was taken off the ventilator and they were going to monitor him and see how things went," Webb-Treas said.

As the family began to breathe sighs of relief, they got another call nearly nine hours later.

"We got a call from a different doctor who now told us my father hadn’t been doing well and his oxygen was not doing well and they were going to have to put him on high flow oxygen and do what they could," she said.

"My dad told them he did not want to go back on the ventilator and we were allowed to have a FaceTime call with him at about 9:30 p.m. on Thanksgiving."

Going to fight this

During the call, Webb-Treas recalled that her father didn't have his glasses and he talked in a whisper. She also recalled her father and mother's conversation when they proclaimed their love for each other.

"I just will never forget that," Webb-Treas said. "My father's thing was to always tell my mom he loved her more."

Marilyn Webb said she went through the worst experience she has ever been through.

"To experience this with my husband was the worst thing ever, living from one phone call to the next for days on end was unbearable," she said. "Having no contact with him and not being able to be there at his side as he fought this battle is heartbreaking. And having to wait for the end to arrive to be able to get to see my husband one last time is something I would not wish for anyone to ever have to experience."

Webb-Treas said although her father was speaking with his family, he was sick. She wonders whether or not he should have been making any medical decisions during that time.

The Webb family hung up the call and continued to wait for updates.

On Nov. 30, the hospital called and told the Webb family they should do a FaceTime call with their father. Webb-Treas gathered her family and began to drive to her mother's to make the call when the phone rang again.

"They called me and said my father was not doing well and we should come to the hospital," she said. "We get to the hospital and put on all the protective gear and was allowed to enter the floor and see my dad," she said.

Protective gear consisted of a gown, face shield, goggles, a mask and gloves, she said.

The catch to the face-to-face visit was that once any of the family members left the room, they were not allowed to return back inside, she said.

Webb-Treas spent about three hours, while her mother and brother were able to stay longer, she said.

"My dad told us he was going to fight this until his feet fell off," Webb-Treas said.

A doctor told Webb-Treas that without the ventilator her father's organs won't keep going at the oxygen levels they were at and that her family needed to put him on comfort care status, she said.

"It was clear they had no hope in my dad getting better," she said. "I left there with not much faith or trust for the care for my father."

On Dec. 2, Webb-Treas received a call from doctors saying her father's oxygen levels were dropping and even dropping while the doctor was on the phone with her, she said. The family put him in comfort care and headed to the hospital to see her dad, Webb-Treas said.

Then her phone rang again on the way to Danville.

"A doctor called and I could hear her slightly sobbing," she said. "I began to cry. When I heard her sobbing I knew she was so compassionate and the human element hit me," she said.

For Webb-Treas, that conversation restored her faith.

"It made me realize she cared and was human," she said. "We made the trip up and we got to visit my dad even though he never made eye contact with us. He wasn’t responsive but he held my mom's hand a bit and once we decided we were ready they would turn off the oxygen and make him more comfortable and all we could do was wait."

Webb-Treas said her entire family sat with her father and they shared laughs, tears, music he loved. Within 45-minutes, the retired veteran had succumbed to COVID-19.

Webb-Treas said she would have never thought this could happen to her family.

"Please take this seriously, and I want to advocate as hard as I can for people to understand this happens," she said. "I have always taken this virus seriously and knew my dad was the most vulnerable but to just see how five people in our family tested positive and how this changed our entire family so quickly is devastating."

Webb-Treas said her experience visiting her father was something she will also never forget.

"One always thinks it is going to be the other guy or it won't happen to me," said Mark N. Webb, 50, Gary Webb's son. "Well I'm here to tell you that is real and we as a country are falling from leadership down to every person who refuses to comply.

"Wear a mask, social distance and keep everyone safe because to not means you will lose a loved one and it hurts more than you can comprehend," he said.

Webb-Treas said she doesn't want to live with regrets and second guesses.

"I don't know if anything could have changed the outcome," she said. "But I am asking that people be allowed to be with their loved ones during these times. Any way to make that possible we need to figure out. Human connections make a difference."

For Marilyn Webb the message she wanted to send to others was a simple one.

"I would want to caution anyone who isn’t taking COVID seriously," she said. "Please realize that this is certainly not a joke and please wear your mask and do your part to help slow the spread of this awful virus."