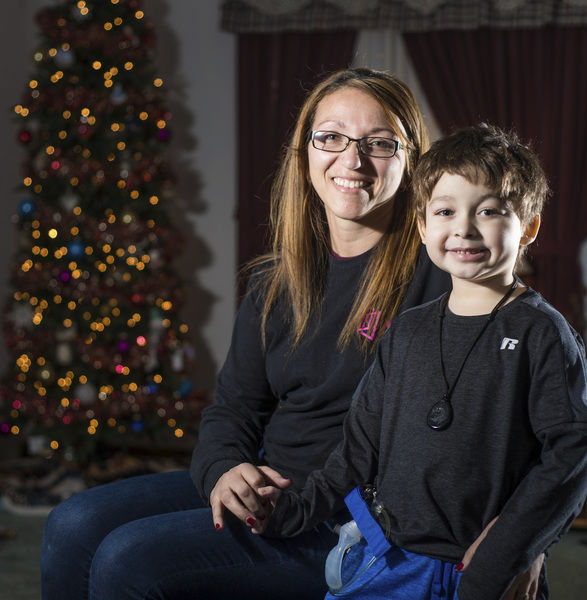 Jessica Deiter sits and holds hands with the five-year-old Brody Campbell. Deiter donated part of her liver to Campbell after doctors diagnosed him with unknown acute liver failure. 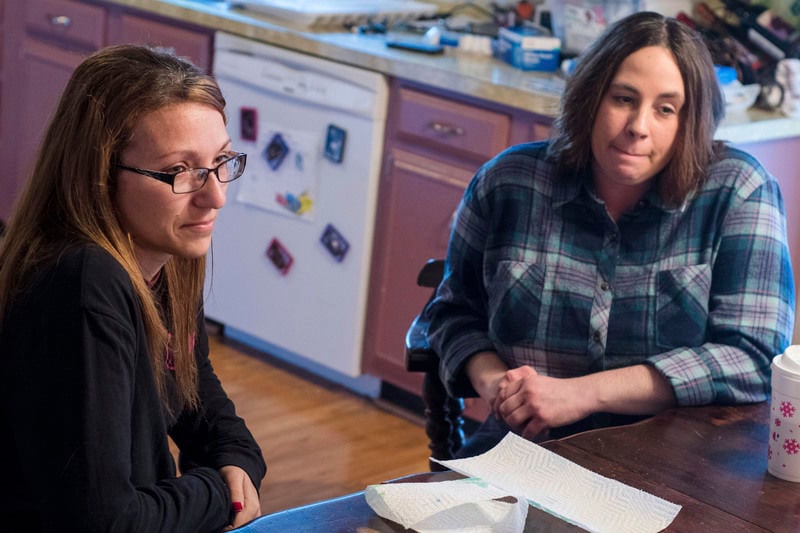 Friends since first grade, Jessica Deiter and Kim Campbell, talk about how Deiter saved the life of Campell's son Brodylwith a donated kidney.

Jessica Deiter sits and holds hands with the five-year-old Brody Campbell. Deiter donated part of her liver to Campbell after doctors diagnosed him with unknown acute liver failure.

Friends since first grade, Jessica Deiter and Kim Campbell, talk about how Deiter saved the life of Campell's son Brodylwith a donated kidney.

Editor’s note: The Daily Item will recognize people who have Made a Difference in the Valley in 2019 this week. This is the second part of a series that will continue until New Year’s Day.

TREVORTON — Jessica Deiter will always be remembered as the woman who saved the life of 5-year-old Brody Campbell in 2019.

When the boy's liver started failing him in October, the 36-year-old Trevorton woman as a lifelong friend of Brody's mother Kim Campbell didn't hesitate to be tested as a potential match and donor. Eight days after Brody was admitted into the hospital, the doctors removed part of Deiter's liver and transferred it into Brody.

"I didn't hesitate," said Deiter. "I knew this was something I was going to do."

Campbell and Deiter have been best friends and as close as sisters since first grade in the Line Mountain School District. They live only about six blocks apart and said they treat each other's families like their own.

According to WebMD, "The liver's main job is to filter the blood coming from the digestive tract, before passing it to the rest of the body. The liver also detoxifies chemicals and metabolizes drugs. As it does so, the liver secretes bile that ends up back in the intestines. The liver also makes proteins important for blood clotting and other functions."

A living-related donor transplant means a portion of the liver is donated to the one in need. Since livers regenerate, both portions will eventually grow to normal size.

Brody was a "normal healthy 5-year-old boy" who got sick in September with a severe gastrointestinal virus that required IV fluids. He recovered, his blood work was normal, and three weeks later his health started declining again, said Campbell.

One morning on Oct. 24 — just days after his fifth birthday on Oct. 17 — Brody woke up with a yellow tint to his eyes. By the end of that day, after an emergency room visit to Geisinger, Brody was sent to the Children's Hospital of Philadelphia. A normal level for liver enzymes are between 30 to 40 units per liter, but Brody's was between 1,300 to 1,500, said Campbell.

Brody, the doctors told Kim and Don Campbell, was in liver failure.

"There was just no good about it. It was bad and ugly all around," said Kim Campbell. "Even with the Vitamin K shots and medicine, everything continued to rise. At that point they knew something was infecting the liver, they just didn't know what it was."

For three straight days, they ran countless tests. Brody was diagnosed with unknown acute liver failure, which means the doctors had no idea why his liver was failing. They immediately placed Brody on the donor list and 42 people back home applied to be a donor, including Deiter.

Deiter is a match

On Thursday, Oct. 31, Deiter said she went through "every test you can think of, head to toe testing." They were the same blood type, she was in the right age range, she was healthy both physically and mentally. She was a match.

"Brody would have never survived if he had to be on the donor list," Campbell said. "They were contemplating, if Jess was not a match, to induce a coma and put him on a respirator until a match came along. But she came along and saved our child's life, without hesitation."

Deiter, through tears during the interview, admitted she was scared.

"I didn't know how my work was going to react, my husband stood behind me 100 percent, he said everything would fall in place," she said.

Despite the fear, Deiter said, "I would do it again" if she was able to.

On Friday, Nov. 1, both Deiter and Brody went into surgery. Deiter's surgery lasted from 3 p.m. until midnight and Brody's surgery went from 4:30 p.m. Friday to 1 a.m. Saturday.

Brody's recovery from surgery is about four to six weeks, but he won't be "100 percent in the clear" until the first year is over. Just last week, Brody was back in the hospital for complications and had to have a drainage tube for a hole in one of the bile ducts, Campbell said.

The ducts should heal on their own, but he may need emergency surgery if they don't, said Campbell.

Deiter's recovery from surgery is about 12 weeks. She can return to work in February at Wegmans Distribution Center in Pottsville in Schuylkill County.

Deiter was nominated by Ryan Foust, Campbell's brother and Brody's uncle. Foust signed up to be tested as a donor as well but he was not a match.

"It was so scary, the thought of losing him (Brody), and I felt helpless," said Foust, of Monroe County. "What Jessica did, the family can't thank her enough, she gave us the gift of the life."

Growing up, Foust said Deiter was always around and this experience brought the two of them closer together.

The community has held a few fundraising events and online fundraising campaigns to help with the financial burden. The Coal Motor Crue and the Trevorton American Legion Post 92 are hosting a benefit from 1 to 9 p.m. Jan. 4 at the CMC Clubhouse, 177 White's Road, Paxinos.

A $10 spaghetti and meatball dinner (including spaghetti, meatballs and sauce, garlic bread, salad and drink) will be held from 1 to 5 p.m. From 7 to 9 p.m., live music will be presented by Lunasea at a coverage charge of $15 per person. A ticket for both events is $20.