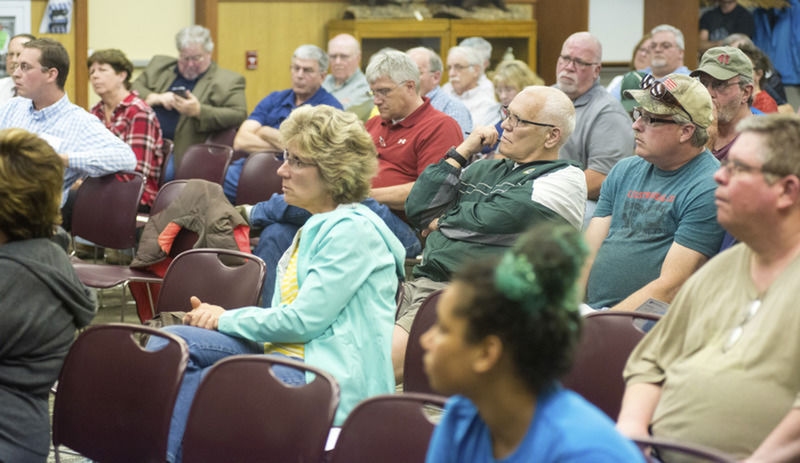 Justin Engle/The Daily Item A large crowd was on hand for Tuesday's listening tour stop by the lieutenant governor, John Fetterman, at the Montour Preserve. 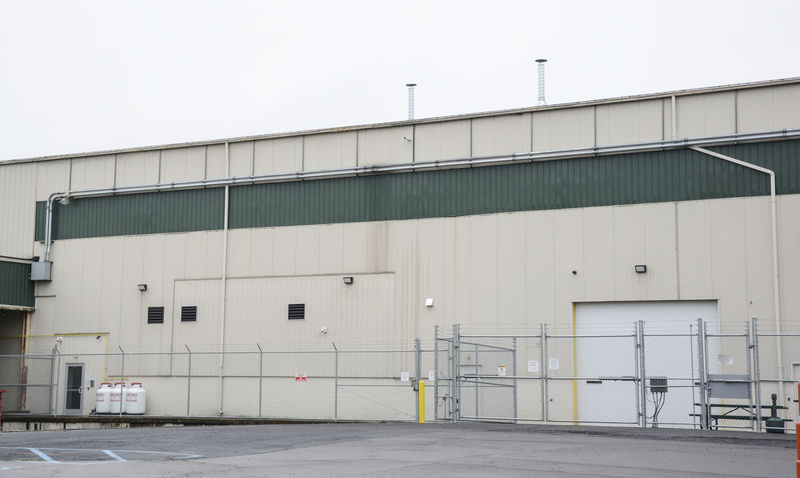 Justin Engle/The Daily Item A large crowd was on hand for Tuesday's listening tour stop by the lieutenant governor, John Fetterman, at the Montour Preserve.

That’s not deterring some Pennsylvania lawmakers and lobbyists, who say that both recreational and medical marijuana can co-exist successfully in the commonwealth.

In Oregon, there are now just two medical dispensaries in the state — down from 400 — and just one marijuana processor to stock them with the edibles, oils and tinctures that patients use to treat their pain, nausea and muscle spasms, according to the Associated Press.

Much of this shifting landscape is driven by economics: Selling crowd-pleasing strains of pot to casual users is more profitable than catering to the sick, the AP found in its investigation. Stuck in the middle are the roughly 30,000 Oregonians, about half of whom are low-income, who still hold medical cards and now ironically see themselves as the victims of cannabis’ larger success, the AP found. With the advent of commercial pot, hundreds have lost their medical growers.

Other states have seen similar trends, the AP's analysis found.

— Since a peak of 28,308 patients two months prior to recreational marijuana legalization in July 2017, the number of medical marijuana patients in Nevada has dropped 38 percent to 17,623 in May 2019.

— As of April 2019, Colorado had seen a decline of 19 percent since recreational pot legalization in January 2014.

Legislation to legalize recreational marijuana in both the state Senate and House would allow medical marijuana dispensaries to also get recreational marijuana permits. Lieutenant Gov. John Fetterman just completed a statewide listening tour focusing on the idea of legalizing marijuana for recreational use in Pennsylvania. That came after Gov. Tom Wolf announced in December that it's time to take a look at the issue.

Les Stark, executive director of the Keystone Cannabis Coalition, which has been lobbying for legalizing marijuana for recreational use, said that “the political realities” in Harrisburg suggest that it will take at least three years for the state to legalize marijuana for recreational use. Those realities include opposition to legalization by Republicans in the state Legislature. Republicans hold the majorities in both chambers and not a single Republican lawmaker has publicly supported the move to legalized marijuana.

Although programs vary, an Associated Press analysis found states that have expanded from offering only a medical marijuana program to general sales have seen the number of medical cardholders drop.

In Pennsylvania, there were 102,000 people with medical marijuana cards as of last week, according to the state Department of Health.

There are now about 50 medical marijuana dispensaries open statewide, but the state’s approved permits allowing as many as 150. On top of those, the state has also approved research programs run by medical research institutions and each of those is allowed to open as many as six dispensaries. So, in all the state will as many as 198 dispensaries, Stark said.

Even if there is an eventual consensus that recreational marijuana will be legalized in Pennsylvania, by the time it happens, the medical marijuana dispensaries will be firmly entrenched, Stark said.

Even the group lobbying on behalf of the medical marijuana industry has endorsed the idea of moving to full legalization of recreational marijuana.

The Pennsylvania Cannabis Coalition, representing Pennsylvania’s permit-holding medical cannabis industry, endorsed the creation of an adult use cannabis program for Pennsylvania at the group’s winter meeting in February.

Andrew Blasco, executive director of that group, said it’s difficult to make comparisons about the marijuana programs in different states.

“Every market is different,” he said. “This is a state-by-state phenomenon.”

While the cannabis coalition supports the idea of moving toward legalizing adult recreational use of marijuana, the group hasn’t taken a position on how exactly Pennsylvania should make the change, he said.

“We’re still figuring it out,” Blasco said, adding that his group’s members include operators doing business in other states, so they have been talking about what’s worked well in other places and what hasn’t worked.

The medical dispensary operators have invested the time and energy to get that program up-and-running, she said.

“They’ve demonstrated they are compliant” with state regulations and they have already gone through the rigorous background checks and other vetting completed by the state, she said.

Cassel also pointed to the research programs as an example of how Pennsylvania’s approach to medical marijuana has been different from the roll-out in other states. If those research projects provide evidence that specific types of marijuana work for specific conditions, it will spur medical patients who haven’t used the medical marijuana program to give it a try, she said.

Stark said that the interest in protecting the medical marijuana industry is less important than eliminating a law that penalizes adults for smoking marijuana. While the debate over legalizing marijuana may make it seem like use of the drug is becoming less controversial, people are still getting arrested for marijuana possession. He said that 2017 saw the most people arrested on marijuana-related charges ever in Pennsylvania.

Wheatley said that while lawmakers will look to provide some protection for the medical marijuana industry if the state moves to full legalization, the law will likely also allow for new competition and allow people to grow marijuana at home for personal use.

Home-growing would be an important way to address concerns that patients who need medical marijuana can’t afford to pay the prices at the dispensaries, he said.

Stark said that in addition to allowing people to grow their own marijuana, the increased competition would likely drive down prices for consumers.