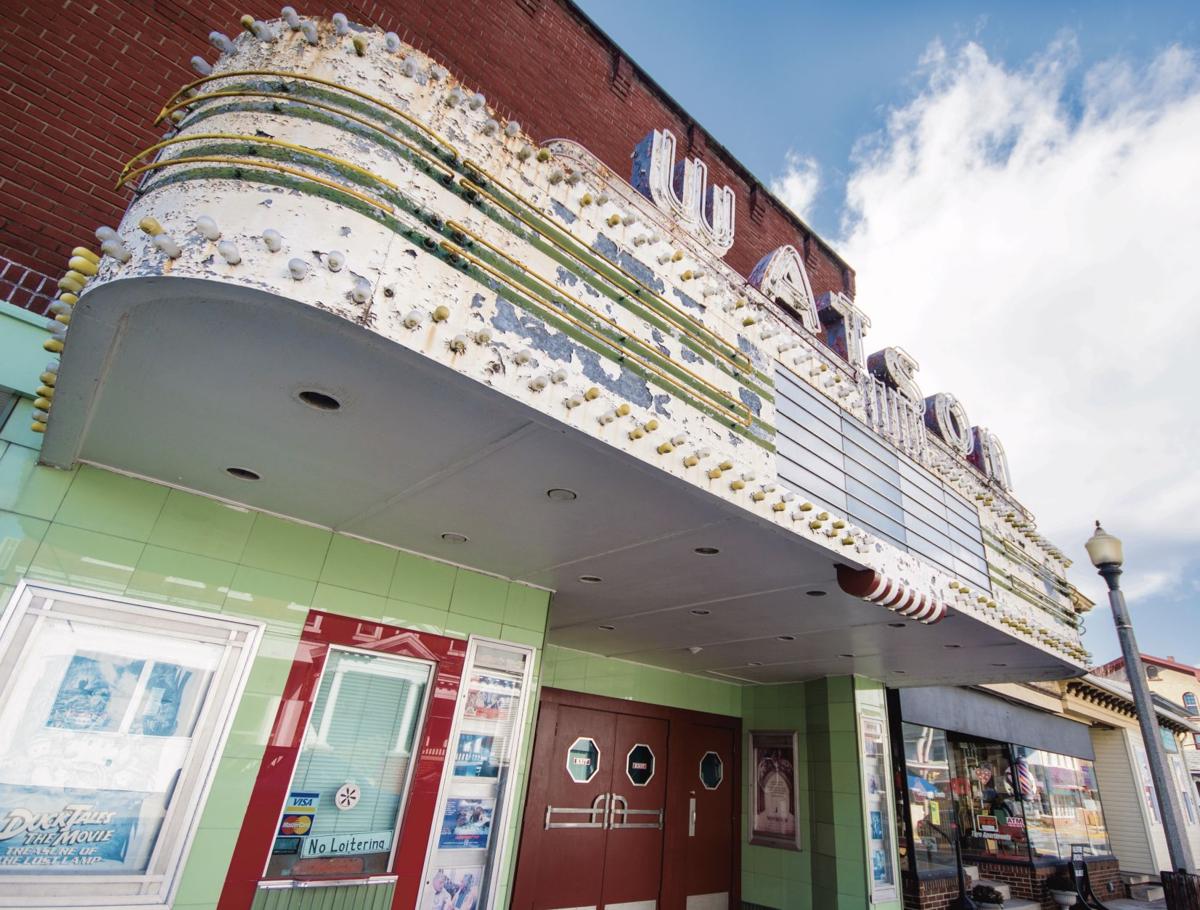 The marqee for the Watson Theatre stands outside the building. Shane and Kelly Erb, the new owners of the building, plan on renovating the marquee. 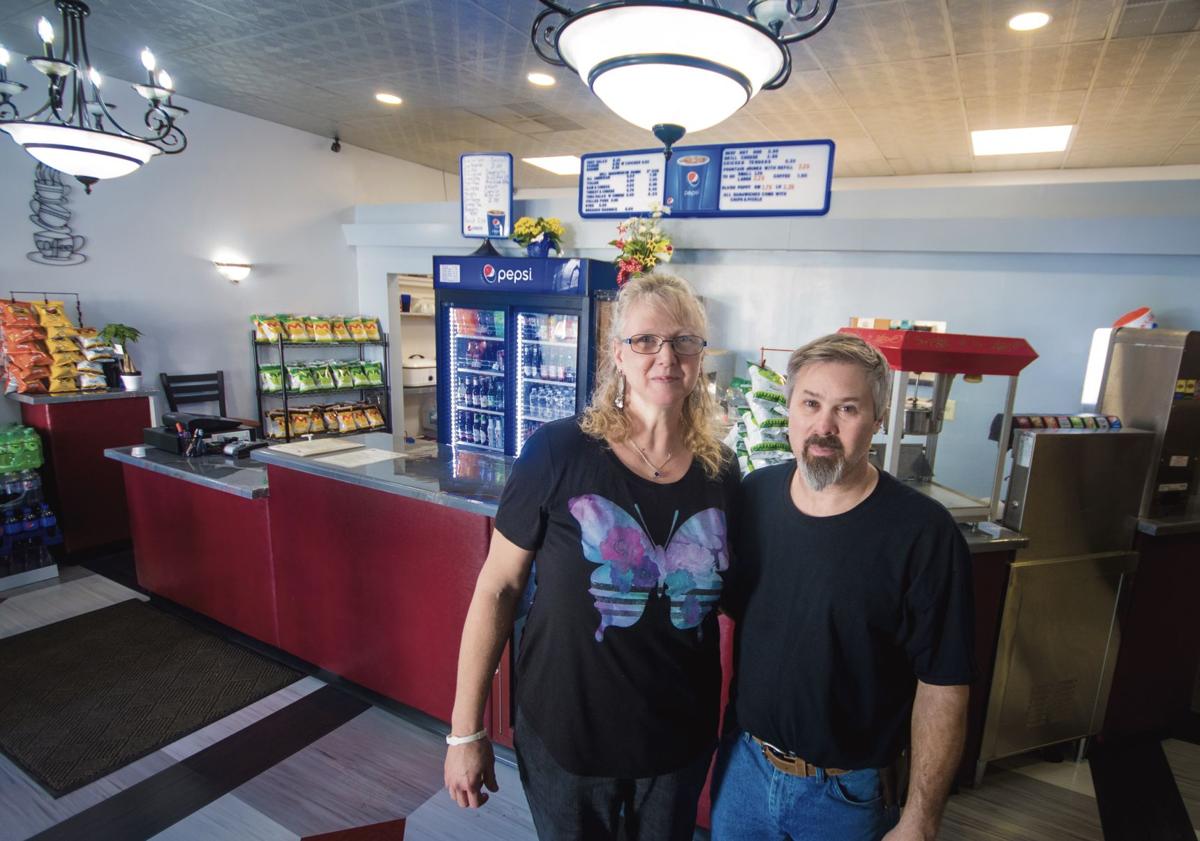 Shane and Kelly Erb owners of the stand inside the restaurant's lobby. 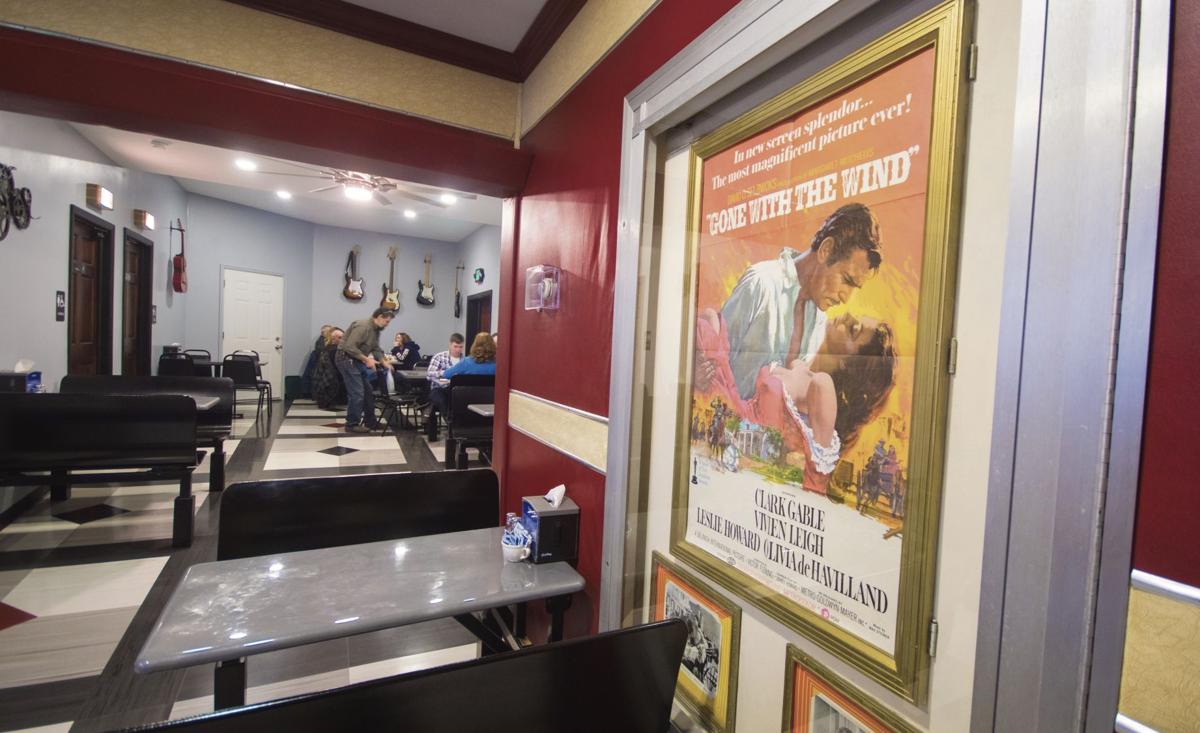 Movie memorabilia hangs on the wall of the Watson Theatre restaurant along Main Street in Watsontown.

The marqee for the Watson Theatre stands outside the building. Shane and Kelly Erb, the new owners of the building, plan on renovating the marquee.

Shane and Kelly Erb owners of the stand inside the restaurant's lobby.

Movie memorabilia hangs on the wall of the Watson Theatre restaurant along Main Street in Watsontown.

WATSONTOWN — Shane and Kelly Erb each went to the movies at the Watson Theatre when they were kids.

Shane, of the Milton area, and Kelly, of Turbotville, didn’t know each other then. But when they did meet, they went on dates to the Watson Theatre.

Six years after the theater closed in 2009, the Erbs, now of New Columbia, bought it with plans to renovate it and turn it into a venue for special events.

A little more than three years later, they are part of the way there.

The Erbs, who are both 50, opened the Watson Theatre Eatery a week ago after only announcing it on Facebook. They and their four employees have been busy since then with the restaurant, which sells soup, salads, deli and hot sandwiches, as well as slush puppies and popcorn.

He said one couple who came in said their first date was at the theater.

“They were married for 25 years,” he said. “It was their anniversary.”

“It brought back a lot of memories for her,” Kelly said.

The eatery, which extends from what used to be an ice cream shop called Cinema Scoops next to the theater into the former lobby, seats 44. It has the feel of a diner from an earlier era. It also has a movie motif, with movie posters on two walls and a few guitars on two others that can be played during the live music events and open mic nights the Erbs are planning. Photos from the theater’s past are arranged in a series in a long frame to look like an old movie reel. The restored marquee still adorns the outside of the old theater.

The eatery is just the first step in the remodel. Kelly Erb said they opened the restaurant to bring in income to pay to renovate the rest of the theater. Along with that, Shane, who owns a construction company, remodeled an 1,120-square-foot apartment upstairs to rent out for additional income. To do the renovations so far, he refinished all of the floors, replaced the plumbing, sewer and water lines, changed the lighting to LED.

“We didn’t do anything for a year,” Shane said.

They were just going in and out, looking it over as they planned what they wanted.

They plan to renovate the remainder of the theater for live music events.

“It will be a multi-purpose venue,” Kelly said. “Weddings, receptions, conference, whatever.”

There will be a bar for events. The eatery sells alcohol because it has a liquor license.

Watsontown Borough Council approved the transfer of a liquor license from the former CC’s Bar in Rockefeller Township to the Erbs in December 2015.

Shane Erb said at the time the renovated theater would be available to rent out for events but would not open as a regular bar.

Some residents and borough officials asked at that Dec. 7 meeting what the renovations would entail and whether there would be sufficient parking. Several people noted there is municipal parking nearby.

Shane said he researched the history of the theater and found that in 1915, a hardware store on the site was converted into a theater.

According to cinematreasures.org, the Watson Theatre opened on May 30, 1940, after it was built to replace the Lyceum Theatre, which burned down six years earlier.

The Watson Theatre had several owners over the years. It closed in September 2009.

Kelly said they are grateful to other restaurant owners in Watsontown who helped them get the eatery open.

The Watson Theatre Eatery is open Monday through Saturday, 11 a.m. to 8 p.m. Shane said they would extend the hours for open mic nights.