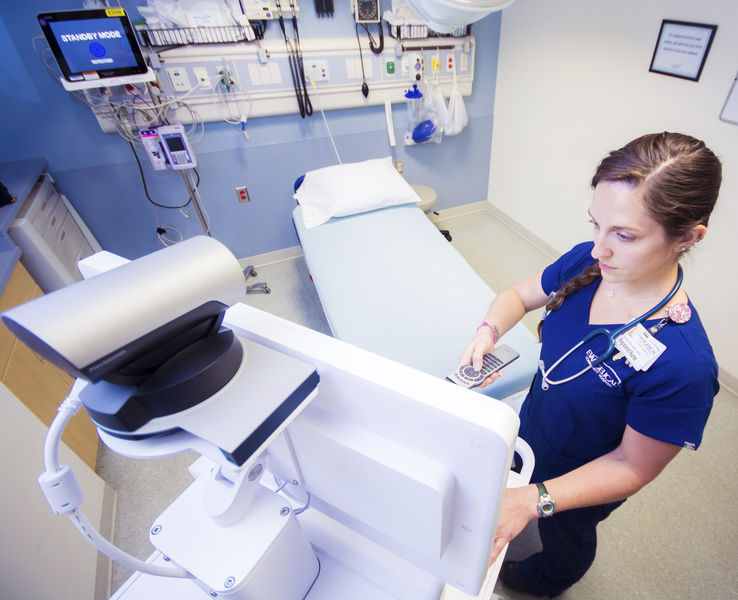 Hannah Richards, a RN and BSN, at Evangelical Hospital, sets up the Telepsych machine on Tuesday afternoon. 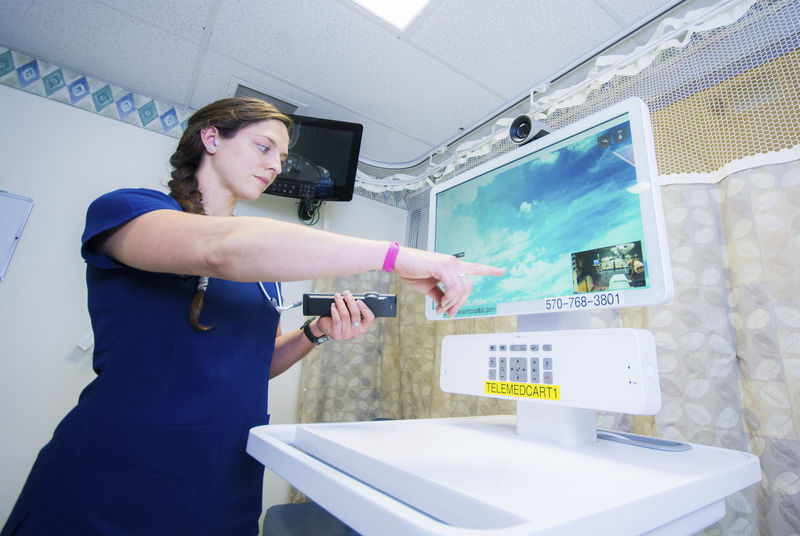 Hannah Richards, a RN and BSN, at Evangelical Hospital, sets up the Telepsych machine on Tuesday afternoon.

LEWISBURG — Evangelical Community Hospital patients who needed a psychiatric consultation in the past sometimes had to wait two or three days to talk to a psychiatrist.

Since February, the wait has been an average of 90 minutes but no longer than 4 hours, thanks to technology provided by a New Jersey company.

InSight, based in Marlton, N.J., provides telepsychiatry services via computer screen. Once contacted, the company can have a board-certified psychiatrist on screen within an hour or so. A hospital staff member wheels the screen, attached to a cart, to the patient, and the patient can talk to the psychiatrist in private. An on-screen camera allows the doctor to see the patient, said Hannah Richards, a registered nurse in Evangelical's emergency department.

When a patient with a psychiatric issue comes to the emergency room or is admitted to one of the floors, the hospital contacts InSight, which has a time limit of 4 hours to have a psychiatrist call back. The screen is brought to the patient for the consultation after the doctor comes on it, Richards said.

"We can do it both in the ER and upstairs on any patient floor," said Christal Dixon, director of nursing specialty services at Evangelical.

She said the hospital has three screens for the service, which the hospital began implementing in January and started using in February. Now the services are used six or seven times a month, Dixon said.

While she wouldn't reveal the cost, she said the flat fee is significantly less than the cost of the local services the hospital previously used. The hospital also pays a fee for each consultation.

"We used a service before, but it would take two to three days," Dixon said.

She said the local service also wasn't available for late-night or weekend consultations.

She and Richards said the hospital could always contact CMSU if a patient was a danger to himself, herself or others or needed immediate placement in a facility.

Dixon said InSight is certified and its psychiatrists credentialed to work in Pennsylvania. Its psychiatrists can see the patients' medical records electronically before consulting with them and prescribing medications, if needed. Evangelical doctors can bounce suggestions off the psychiatrists in a followup call.

"This company has been doing this for over 18 years," she said.

Richards said the telepsychiatrist also can do consultations with the patient and family members.

"I think it's really beneficial," Richards said. "It was difficult to treat a patient holistically. We have the medical part down but not the psychiatric."

Richards said patients have made positive comments about the service.