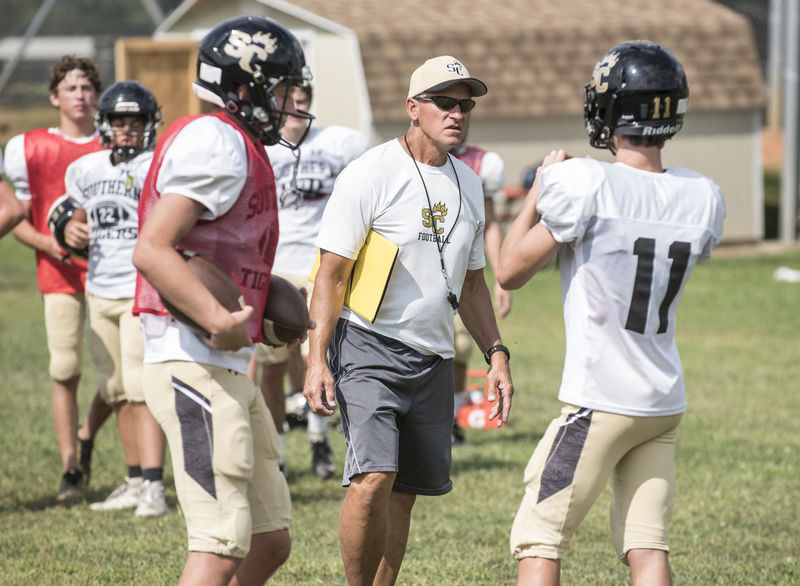 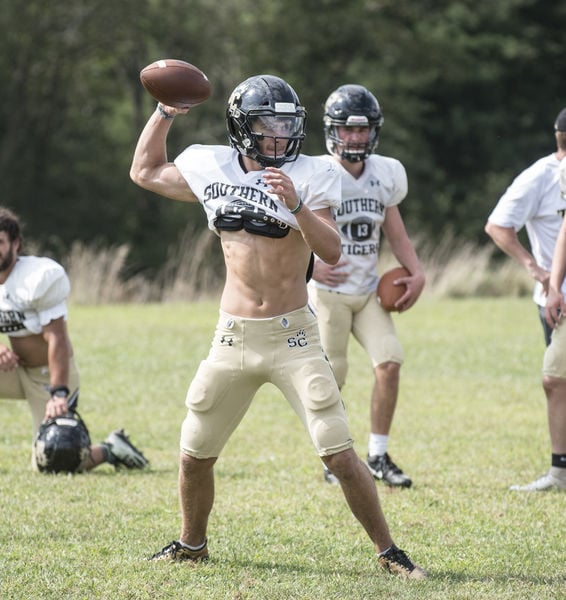 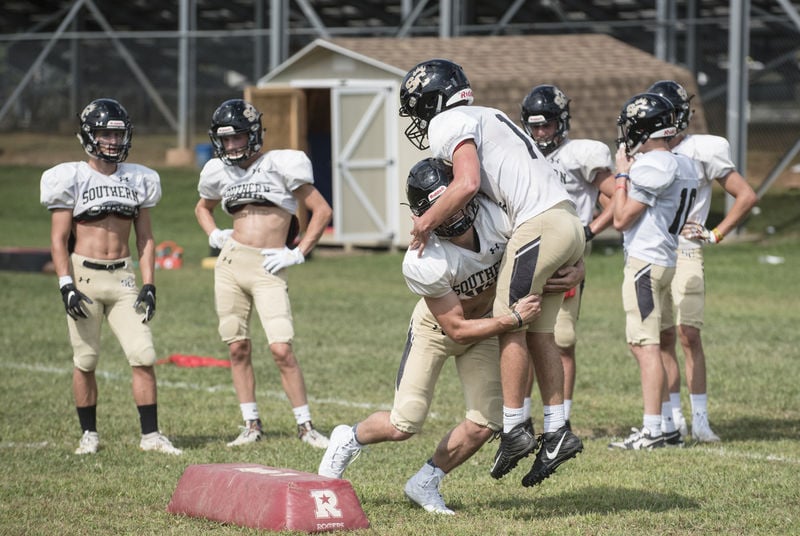 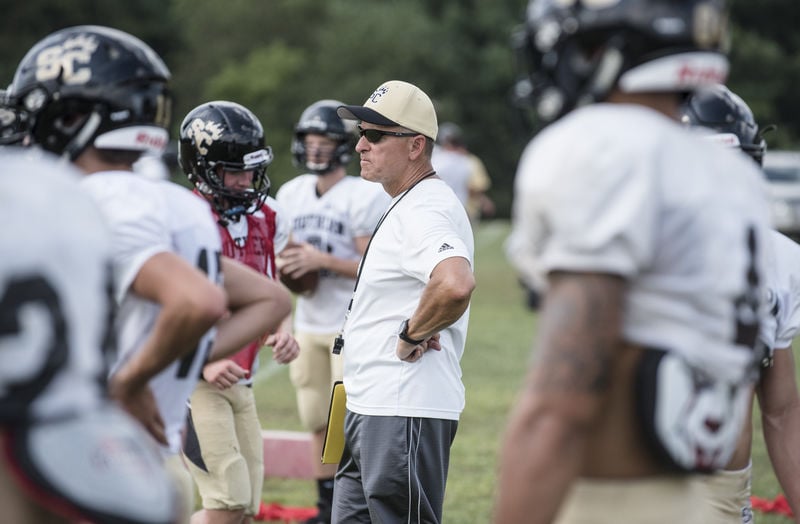 “That’s when our staff pours over the best schools, with top players recruited by major universities, that might make for great games,” said Robin Kelner, of Paragon Marketing. Paragon is under contract with ESPN to package and oversee all details of staging high-interest games throughout the fall.

That includes Sunday's Southern Columbia-Hammond matchup that pits two two-time defending state champions against one another on national television.

For the Southern Columbia-Hammond game, in particular, Kelner said, a lot of pieces created an attractive matchup.

“We saw two high-level teams. Both were undefeated, state champions last year," Kelner said. "And, from a recruiting standpoint, this matchup meshed well with ESPN's college football recruiting programming, which focuses on top players. So, with two of the top five players in the country, two teams from different states, and state champions meeting up, it all made for a good matchup we thought."

One of the first steps Kelner’s team at Paragon took was to contact coach Jim Roth, of Southern Columbia, and officials at Hammond. Then, Kelner had to work with Southern Columbia Superintendent Paul Caputo on the viability of holding the game in South Carolina.

After all that, Kelner had to pitch the idea to ESPN programming. That turned out to be a no-brainer.

After hearing the pitch from Paragon, Dan Margulis, ESPN senior director of programming and acquisitions, was on board. “We were intrigued with a potential Southern Columbia/Hammond School match-up," Margulis said. "Both schools are coming off of undefeated, state championship seasons and have student-athletes ranked in the ESPN 300, with Southern Columbia having the No. 4 ranked player in Julian Flemming and Hammond School the No. 5 ranked player in Jordan Burch. Considering the impressive records and talent, this match-up was a perfect fit.”

“Initially, I had never heard of Hammond," Roth confessed. "But yes, the whole idea of playing on ESPN was flattering. ESPN kicks off their football season every year with top high school games. To be chosen, normally you have to have a tradition of success with your program and have top tier players nationally. We have a couple of people who have gotten pretty good attention as far as the college recruiting level. So it is a combination of the two things."

The first question Paragon posed to Roth simple: "Could we fit this game into our schedule?" Roth said. "Obviously, it's difficult because football schedules are done in advance — years in advance. ESPN does this yearly. They are contacting you in the middle of the winter for the upcoming season. I mean somebody could by chance have an opening in their schedule, but everybody's schedules are full by that time, so that was the first hurdle."

This was in January. "We were looking at a game later in the year," Roth said. "Even that was going to be difficult to do. We were going to have to move a lot of things around. What we were trying to do is keep our league schedule intact. There they were pushing right in the beginning for the first week (of the season) because the first week was when they run just kickoff program with seven games."

For the longest time, Roth was "messing around with another place where we might try to get a game. Paragon told me if you can get your first week open they could guarantee us a game. If it's going to be later in the year, when ESPN only does one game a week, they could not guarantee us a spot. After trying to mess around with Week 7 or Week 8 for a while, we just decided to pursue a first-week slot."

That also meant they had to drop a game versus Bloomsburg, a division game.

"We talked about the fact that we would be giving up the opportunity to win the division title," Roth said. "We asked the league if they had a problem with it, and they said they didn't. Then we went around searching for a game for Bloomsburg (Southern Columbia's original Week 1 opponent) and we found Neumann-Goretti (out of the Philadelphia Catholic League) as a substitute game."

Roth said he understands the challenge ahead of the Tigers, winners of 32 games in a row and 71 consecutive regular-season games.

"They are a first-rate program. It is definitely a certain type of challenge for our players," the coach said. "We've had a lot of success so we felt this was something that happened at a real good time as far as just giving us a different motivation coming into the season; a different stimulus, playing a game like this as opposed to playing a local team."

Working out the logistics

Caputo said once the coach agreed to the South Carolina game and details of this year's schedule were worked out, there were the logistics of getting the team there and the lodging.

According to the Paragon contract, provided to The Daily Item by Caputo, Paragon would "manage SCSD team travel and logistics and cover all related expenses for a traveling party of up to 75, including ground transportation, hotel accommodations, and all meals. The travel party is described as players, coaches and school administrators."

"Paragon, by contract, was responsible for two days, but what we decided that what was best for the students was to have a third day," Caputo said. "Instead of leaving Saturday, moved it up a day. That third day is where some additional expense could come in. Fortunately, the bus company that provides service for us, Fullington [Trailways] Bus Company has donated the bus for Friday. The driver cost the boosters are fundraising for that, and the lodging."

Caputo said he hasn't received any negative blowback from parents.

"We had some questions from community members wondering if it was going to interfere with the start of the school day," he said, "and we had to explain that this game is occurring before school."

The team is supposed to leave to return home from South Carolina at 6:30 in the morning Monday. Caputo said that should put them back at the school by 6 p.m. "By car it takes about 10 hours to drive from here [Catawissa] to there," he said. "By bus, we are figuring it will take a little bit longer."

Caputo said everything logistically went smoothly. "We would have loved to host the event. We are proud of our facilities plus we have a strong following of fans that enjoy coming out to the game. But then the game is going to be on ESPN2, what we are finding that people who can't make it down to South Carolina they can enjoy staying in their air conditioning and gather together and watch the game."

Meanwhile, Caputo agreed with Roth, saying, "Yes, being on ESPN is flattering. We are extremely proud of the program. Proud of the way Jim Roth and his coaching staff run the program."