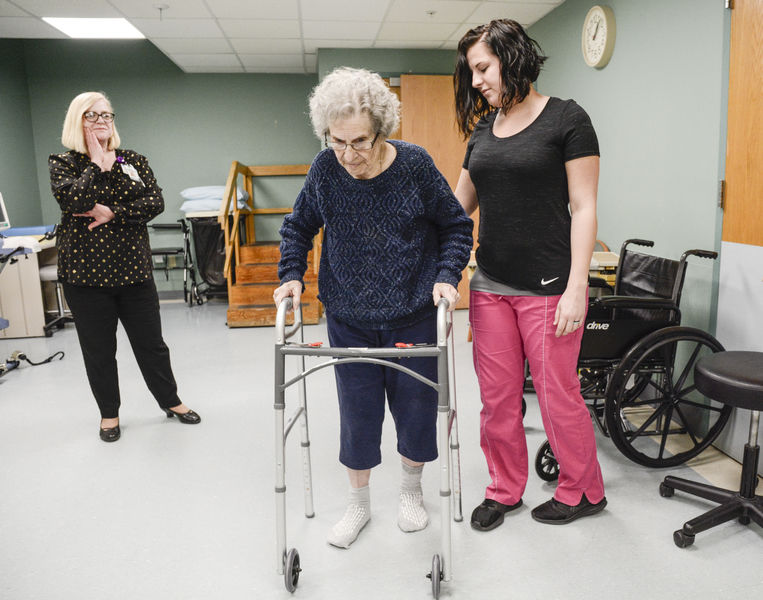 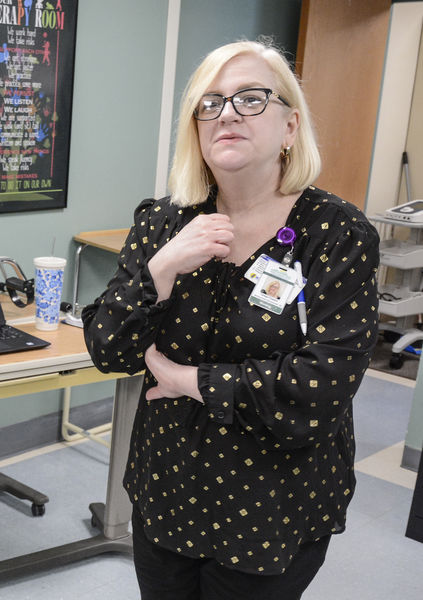 Robert Inglis/The Daily Item Sunbury Community Health and Rehab Center administrator Teresa Flowers talks about how the facility will stay open inside the UPMC Susquehanna Sunbury Hospital despite its closing.

Robert Inglis/The Daily Item Sunbury Community Health and Rehab Center administrator Teresa Flowers talks about how the facility will stay open inside the UPMC Susquehanna Sunbury Hospital despite its closing.

SUNBURY — The 30 employees that work at the Sunbury Community Health and Rehab Center on the second floor of UPMC Susquehanna Sunbury Hospital will continue to help patients for the next 13 years.

No matter what the hospital does.

A 20-year lease that was signed by Sunbury Community Health and Rehab seven years ago guaranteed them a spot inside the soon to be vacant hospital, according to nursing home administrator Teresa Flowers.

"We aren't going anywhere," she said Wednesday. "We are here to serve the community."

Flowers said she found out the hospital was closing when she read media reports and was not notified by hospital officials.

UPMC officials put ambulance companies on notice that the emergency room will not be accepting ambulance transports starting Jan. 28.

The Sunbury hospital will continue to offer outpatient services, including laboratory, imaging, occupational health, and physician outpatient offices until March 31, according to UPMC.

The Orthopedic Institute of Pennsylvania which has an office located inside the hospital also announced they will stop seeing patients as of March 5, according to executive assistant Kristy L. Kelley.

But all of that does not affect the nursing home which has 15 rooms and 29 beds, Flowers said.

"We really won't see a difference with no one downstairs," Flowers said. "Was it convenient for us? yes, but again, it is nothing that we can't adjust to and be OK."

For 94-year-old patient Martha M. Witmer, of Dalmatia, the closing of the hospital upset her and she was nervous the rehab center would soon follow.

"When I heard the news of the closing I was saddened," she said. "But when they told me the center would stay open I was happy because they are wonderful here and provide so much care for our community."

Director of nursing Lynette Flick said she doesn't think the closure of the hospital will be a distraction to the center.

"We will be here and be providing quality care to our patients," she said.

Flowers said the continued therapy area located on the first floor of the hospital will also remain open.

Flowers said the Merle Phillips entrance to the hospital will remain open for patients and visitors to use to get to the center.