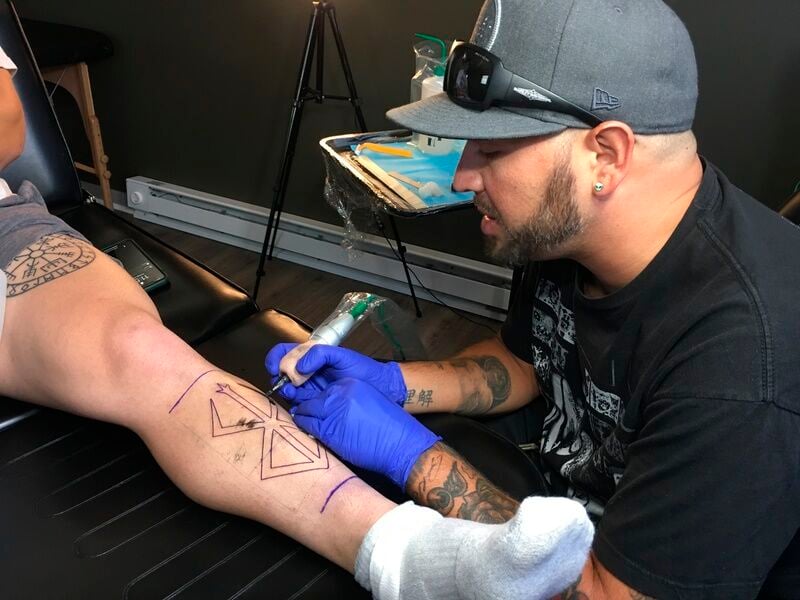 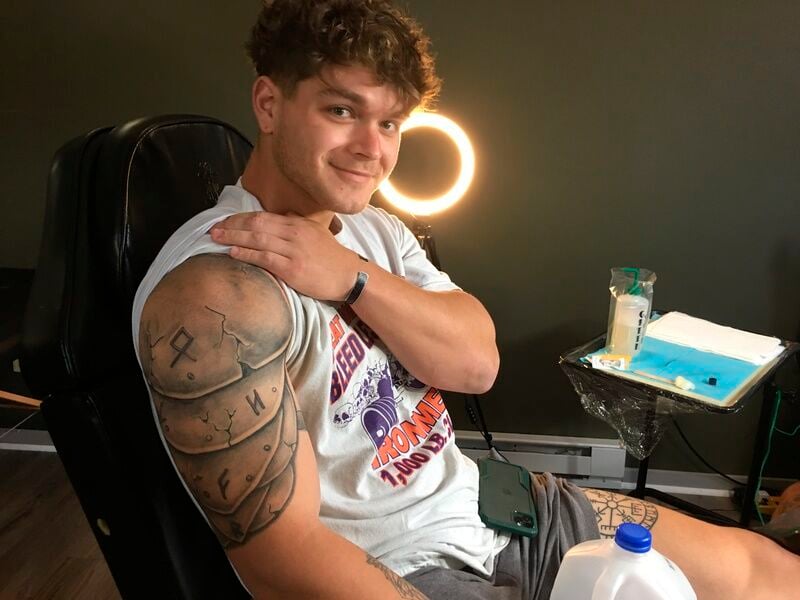 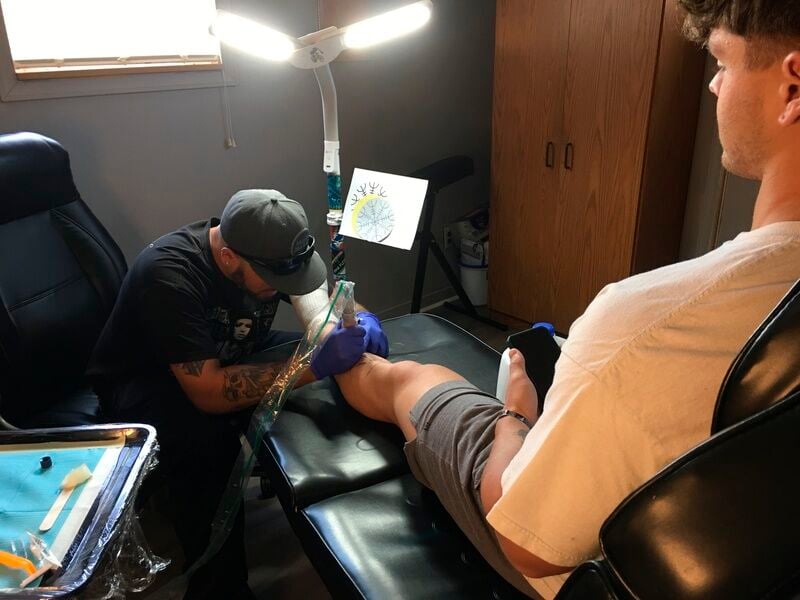 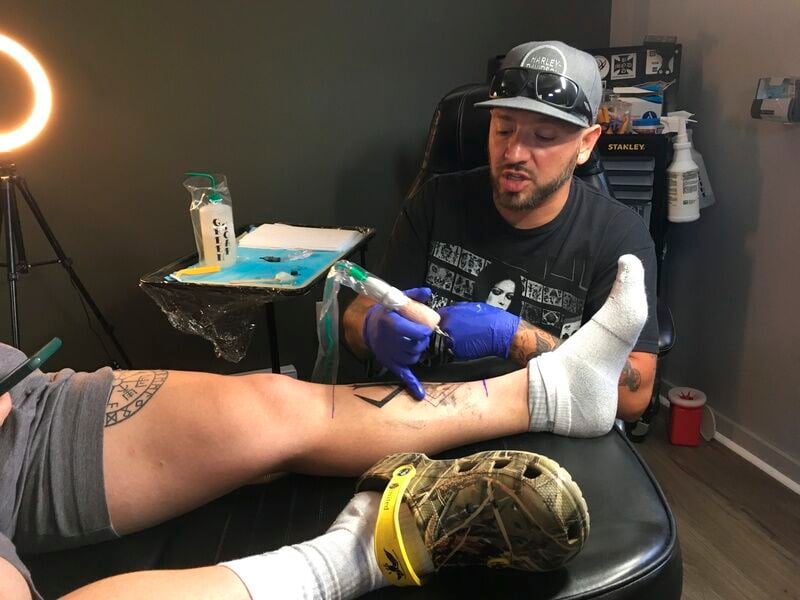 Devon Kemper works on a tattoo for Tylor Steinbacher’s shin at Black Heart Tattoo, a new shop in Riverside.

Devon Kemper works on a tattoo for Tylor Steinbacher’s shin at Black Heart Tattoo, a new shop in Riverside.

RIVERSIDE — An experienced tattoo artist is getting his name — and his work — out there with his recently opened shop.

Devon Kemper worked for several other tattoo artists over the years and had left the business before a serious car crash left him injured and pondering his next move.

“I’ve been doing this off and on for 11 years,” said Kemper, who opened his Black Heart Tattoo LLC at 229 Third St., Riverside, on Tuesday.

He said he apprenticed at a shop in Selinsgrove that is no longer there. After working in a second tattoo shop, Kemper decided he wanted to do something else. He worked in an oil field as he went to school to become a motorcycle mechanic. He blames school and lack of sleep for the car accident that temporarily left him in a wheelchair then walking with a cane, followed by a stint in physical therapy.

“At the time, I realized, I could still do this,” Kemper said on Thursday as he worked on a tattoo on customer Tylor Steinbacher’s leg.

Though Kemper has worked for other shops, including a few in Sunbury, he wanted to strike out on his own.

“I’ve always had a desire to open my own shop,” he said. “I didn’t always have the finances.”

He also wanted to make sure he would do clean, quality work.

“All the places were stepping stones to this,” Kemper said. “I had gotten good and bad information. Hopefully, I will be able to take all the good and use it.”

He said he also wants to make sure people feel welcome.

Kemper talked as he filled in the outline of a Norse Viking symbol on Steinbacher’s left shin.

Steinbacher, 22, from Riverside, is a U.S. Marine stationed at Camp Pendleton in San Diego.

He is home on leave so he decided to get another tattoo from Kemper, who previously did a Norse warrior tattoo on his right shoulder.

“I trust him with all my tattoos,” said Steinbacher.

He explained the shoulder tattoo that Kemper did in a previous session is a type of Viking armor with symbols for family and Odin, a Norse god who is the father of the god Thor in Norse mythology.

He said it takes a lot of practice, drawing and tracing, first as an apprentice and working with other artists.

He said the oddest requests are vulgar.

“I’m not into tattoos that are denouncing God or (that are) gang tattoos,” he said.

“I had a girl who got a tattoo inside her armpit,” Kemper said. “I have a lot of tattoos, but I don’t think I would get one there.”

He said 65 to 70 percent of his customers are female.

He uses titantium for all piercings.

“Most people don’t realize they’re allergic to nickel,” he said.

He only uses Eternal Ink, the number one tattoo ink on the market, Kemper said, and Dynamic Black, which he said is never bad.

Kemper said the coronavirus has taken a toll on the tattoo industry, shutting down shops for 10 weeks.

Now that everything is reopening, people want tattoos. Kemper said he charges a $60 shop minimum and there is a $40 deposit to hold a spot. His rate is $100 per hour.

Kemper’s girlfriend, Catherine Maurer, is helping out with the business on the paperwork end and her niece Madilyn Brosius is going to learn piercing from Kemper, who also is a master piercer.

She eventually wants to learn how to tattoo from him.

“I wanted to for a long time but never thought I’d have an opportunity to do so,” Brosius said.

Kemper had wanted to go to ink conventions this year to build his reputation.

This was supposed to be a big building year.

“I wanted to do conventions,” he said. “A lot of guys go to conventions to compete. I want to add award-winning tattoo artist to my name.”